Unable to make it to Huish Park this weekend? The Alex have you covered…

Dave Artell's troops travel to Somerset on a high, having ended the six-game losing streak with a last gasp victory over Stevenage last weekend.

Jordan Bowery's 94th minute winner has revitalised the Alex camp, with the dressing room in fine spirits over the course of the week, with another three points at Yeovil firmly on the mind.

The Glovers have lost their last two to Newport & Colchester, but did beat Chesterfield 3-2 at the end of Semptember.

Yeovil also did the double over Crewe last season, with the Alex failing to score in both matches in a 3-0 loss at Huish Park, & 1-0 defeat at Gresty Road - but Artell is focussed on writing those wrongs this season.

The best way to take in the game is obviously in person at the stadium (tickets available at Huish Park on the day, click here for more info) but if you can't make it, then take in the information below for different ways to follow the action! 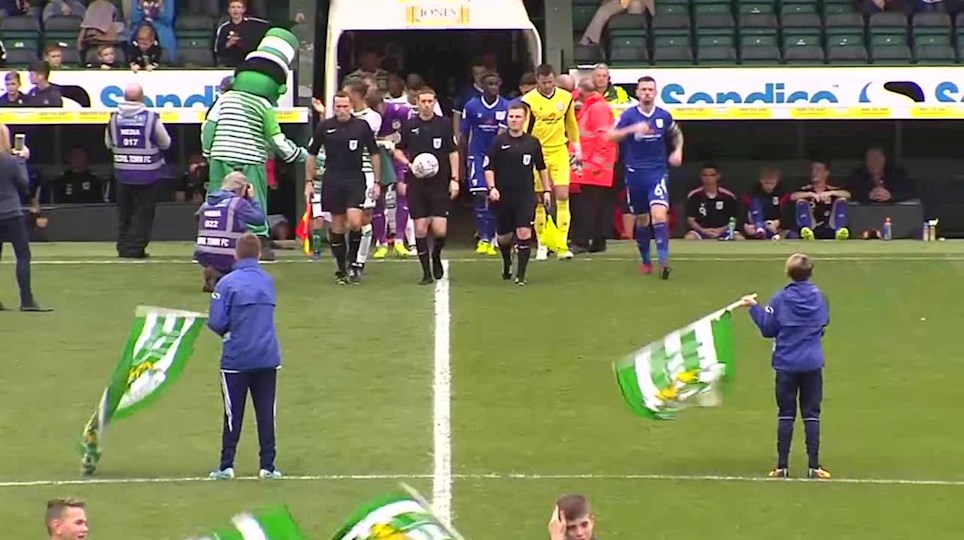 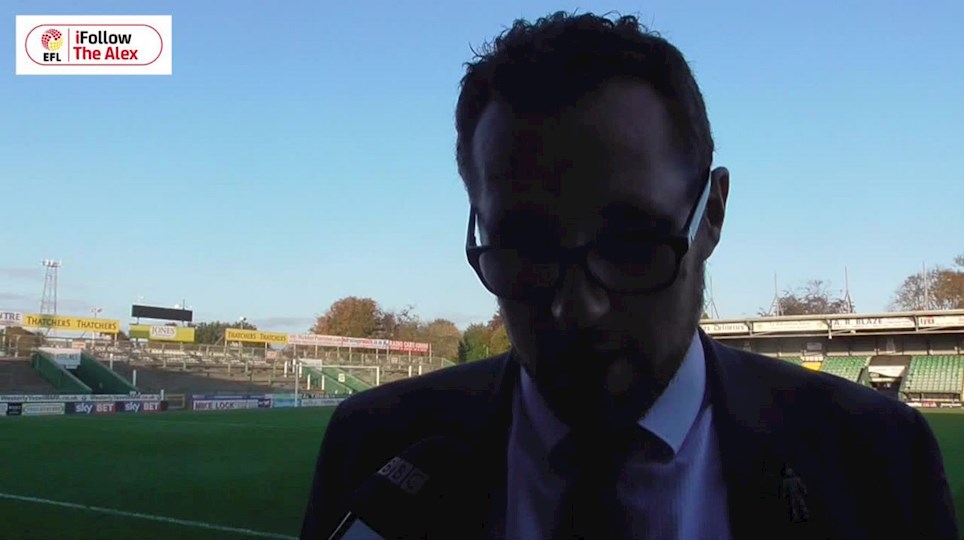 Crewe Alexandra failed to build on last weekend’s 1-0 win over Stevenage after goals in each half from Yeovil’s strikers, Rhys Browne and Francois Zoko, inflicted a 2-0 defeat on David Artell’s side. Crewe were left to rue a plethora of missed chances in the first half and that lack of a clinical edge came back to haunt us at Huish Park.

Chris Porter clipped the post in the first half after being slipped in by George Cooper early on and there were presentable opportunities for Cooper and Bowery in that first period. Eddie Nolan went closest for Crewe with his powerful header from a Cooper corner crashing back off the crossbar.

David Artell made one change for the trip to Huish Park with the club’s leading scorer Chris Porter returning to the starting line-up. Chris Dagnall dropped to the substitutes’ bench as Porter partnered last weekend’s match winner Jordan Bowery up front.

Crewe Alexandra started brightly on the ball and an early cross from Zoumana Bakayogo was cut out just ahead of the six yard box. Moments later, some really decisive one touch stuff from the Alex nearly saw Chris Porter slipped through, but on this occasion he had just strayed offside.  More early pressure from Crewe then saw Ainley push the ball out to Lowery and his firm shot was courageous blocked by the towering Omar Sowunmi.

In the 6th minute, more superb passing from the Alex allowed Cooper to slip Porter through on goal but with Artur Krsiak’s rushing from his line, he could only prod it inches wide. His low shot kissed the post as it went wide of the target.

Yeovil’s Olufela Olomola was lively early on and his pace and power saw him flash a shot just wide after he had forced his way into the Crewe penalty area. It had been a really entertaining and opening 10 minutes.

The home side took the lead on 14 minutes as Crewe hoped for an offside flag following a touch from Francois Zoko inside a crowded penalty area. The deft touched was sent into the air and Rhys Browne shaped his body superbly to volley past a helpless Dave Richards. It was a fine finish from the Yeovil number 9, but Crewe will be disappointed that the Glovers had scored with their first genuine chance.

Crewe tried to respond and Bowery had two half chances, one with his head and one with a side footed shot from 20 yards but neither were on target to trouble Krysiak.

Browne then shot wide from an acute angle and his strike partner Zoko shot straight at Richards after a two-on-two situation.

Following a 27th minute free-kick from the Crewe right hand side, Cooper tried to control a bouncing ball just inside the Yeovil box and after it was half cleared, Lowery produced an excellent snap shot that was well watched and pushed behind for a corner by Krysiak. The Glovers goalkeeper did well to keep a watchful eye on it because Lowery’ shot went through a crowd of bodies.

Some good wing play from Otis Kahn saw him get in behind Ng and Richards needed to leave his line to block his shot. It was a good decision from the Crewe goalkeeper and Zoko couldn’t turn the rebound on goal.

A smart move down the Crewe left wing saw Cooper and Bakayogo combine well. The left back slid in Ainley following his finely timed run, but his low was blocked by the legs of Krysiak and Ainley couldn’t get his cross over the Yeovil goalkeeper from the by line. The busier of the two goalkeepers was then called upon to save one handed from Bowery’s near post header after Lowery had clipped over a tempting cross.

Crewe continued to press looking for an equaliser before half-time and Cooper had a low shot blocked for a corner. From the resultant set play, Raynes went close to making a positive connection at the near post.

The chances continued to come for Crewe. Porter couldn’t quite take a Bowery flick in his path and in the follow up, Cooper failed to hit the target. From a decent position, he ended up dragging his powerful shot wide of the far post.

In stoppage time, Crewe had to defend a late free-kick but Raynes did enough to put Sowunmi off enough at the far post and his downward header didn’t trouble Richards.

Early in the second half, on-loan midfielder Conor Grant fired over from distance. Ten minutes into the second half, the Glovers doubled their lead. Ryan Dickson did superbly well to carry the ball down the left half side and although Lowery was in hot pursuit, his far post cross was perfect for Olomola. He managed to pull the cross down on his chest and his shot took a wicked deflection to wrong foot Richards and it looped, virtually in slow motion, into the Crewe net.

Crewe now faced an even bigger mountain to climb and after Cooper had driven a shot over the crossbar, Dagnall replaced Ainley on the hour mark. Bowery shifted over to the right side as Dagnall went up top with Porter.

On 64 minutes, Crewe couldn’t have gone any closer to scoring when Nolan’s powerful header struck the crossbar from a Cooper corner. The Irishman did everything right to steal the space inside the box and Krysiak was beaten, but the woodwork kept it out and as Dagnall tried to react to the rebound, it was smuggled behind for another corner.

After a lengthy delay, the injured Olomola was replaced by Sam Surridge with 16 minutes remaining. Kahn had a great chance to make sure the game was well and truly over for the Alex but he slipped at the crucial moment as the ball fell to him at the far post.

Richards produced a smart save to deny Browne a second goal for himself before Zoko fired wastefully wide after the ball was pinched off us in midfield.

A swift counter attack from Yeovil then saw us outnumbered as we pressed forward but Browne was denied by the legs of Richards. At the other end, Ng was played in with time to get a shot off but the right-back elected to pass and his cross was turned behind via the hand of the Yeovil goalkeeper.

In the closing stages both goalkeepers were fortunate to escape late drama. Richards pulled off a smart save from Kahn’s free kick and he had to react well to smuggle behind his own parry.

At the other end, Krysiak let a high cross from Cooper slip from his grasp but Dickson helped out his goalkeeper before Dagnall or Porter could prod home.

Porter had a shot on the turn that was well held by the Yeovil stopper before substitute Surridge should have made it 3-0 in stoppage time. Zoko rolled away from Raynes before releasing Surridge one on one with Richards but the Crewe goalkeeper did well to stand up and make a smart save again with his legs.