Alex Morris' Crewe Alexandra Under 23's take on Hull City at The Alexandra Stadium on Monday in their latest U23 PDL2 clash.

Kick-off against The Tigers is at 1pm and entry is free to all supporters.

Morris' side had a week off last week with no game scheduled, after the 3-1 defeat to Huddersfield at The John Smiths's Stadium two weeks ago.

The usual young guns will be out to prove a point on the Gresty Road turf, with Charlie Kirk, Owen Dale and Harry Pickering all set to feature. 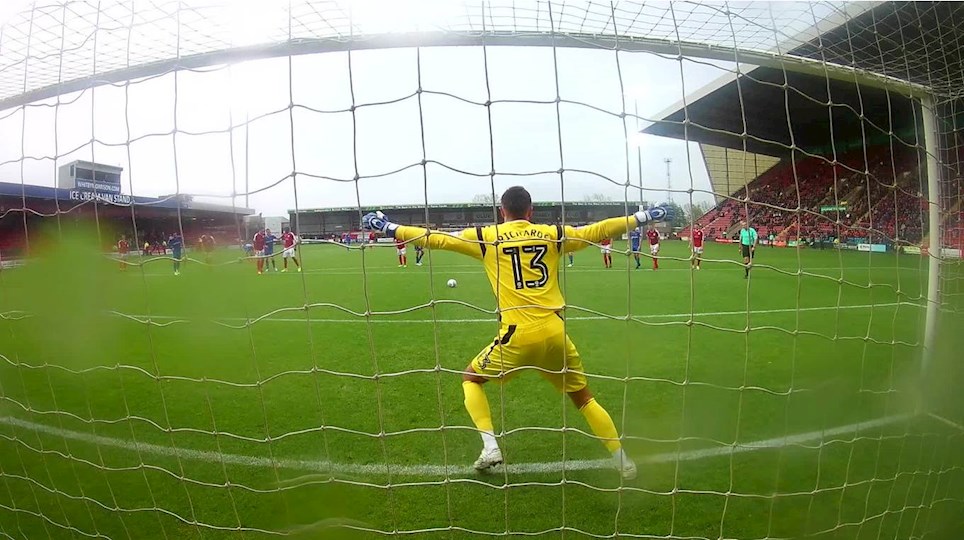 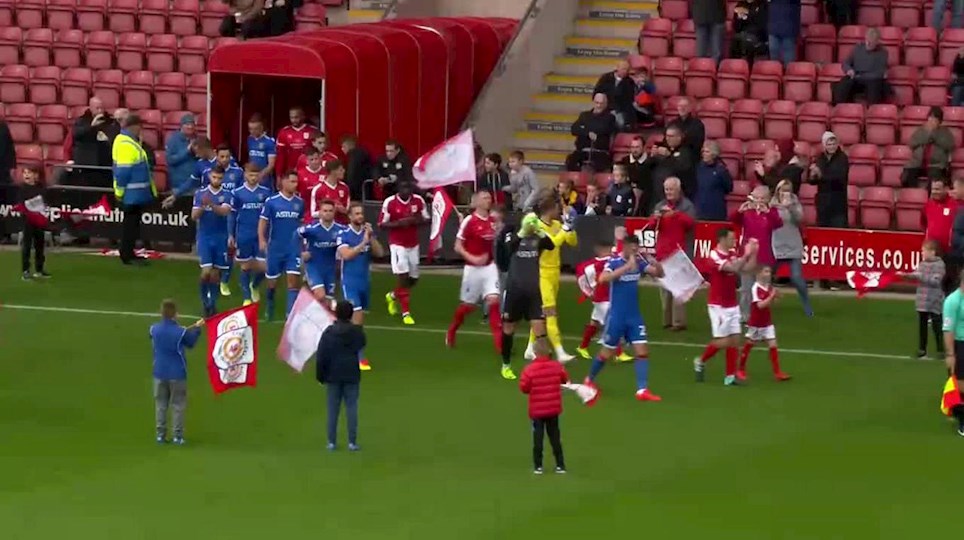 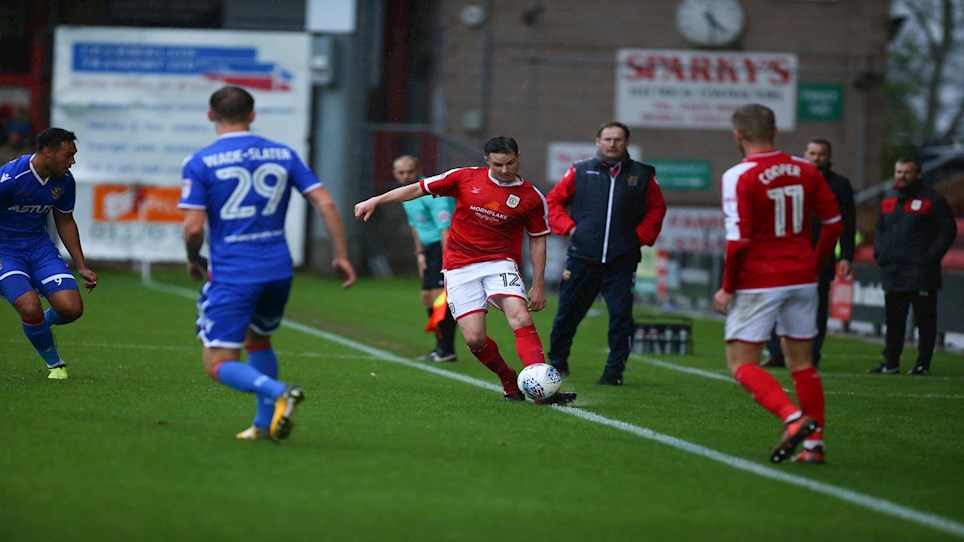 Late drama as Bowery pops up with winner in injury-time.

Jordan Bowery popped up in injury time to turn and shoot low past Joe Fryer to give Crewe Alexandra a throughly deserved 1-0 win over Stevenage this afternoon. The recalled striker took a low cross from Conor Grant in his path, held off his man to turn sharply and fire low past the Stevenage goalkeeper to end Crewe's poor run of form in September. It was no more than David Artell’s spirited side deserved over the 90+ minutes after continuously probing and asking questions of the Stevenage backline.

Credit to Darren Sarll’s side, who had stood firm throughout and their defensive organistion looked like they were going to obtain the point they wanted with a goalless draw until Bowery struck in injury-time.

Saying that Crewe also needed a fantastic penalty save from Dave Richards to make sure we went in on level terms going into the interval. The goalkeeper stood tall to save from Matt Godden, who tried to blast it through the middle.

David Artell made four changes from Tuesday night’s 1-0 defeat to Oldham Athletic in the Checkatrade Trophy for the visit of Stevenage. The club’s leading scorer Chris Porter started on the substitutes’ bench, as captain Chris Dagnall returned from his own rest on Tuesday evening. The on-loan midfielder Conor Grant replaced Brad Walker in midfield. Callum Ainley and Eddie Nolan also returned to the starting line-up for the outgoing Sam Stubbs and Charlie Kirk. Youngsters Owen Dale, Harry Pickering and goalkeeper Ben Garratt made up the 18-man squad.

Crewe Alexandra made a really bright start to the proceedings at Gresty Road with George Cooper creating an early opening for Dagnall. The striker shot straight at the Stevenage goalkeeper Joe Fryer. For a player of Dagnall’s finishing capabilities, it was a really good chance for the experienced striker but it was on his weaker left side.

There was also a loud shout from the Crewe Alexandra faithful for a penalty appeal when Luke Wilkinson gripped a large chunk of Michael Raynes’ shirt inside the penalty area. Referee Trevor Kettle obviously didn’t see what the vast majority of the crowd had seen.

Cooper had a snap shot wide of the target and a long free-kick from Perry Ng nearly picked out Dagnall.

On 19 minutes, Crewe conjured up another really good chance. Bowery’s touch was pounced on by Ainley and he quickly found Dagnall on the edge of the box. His awareness released Cooper in space but his final shot was wayward. A promising run from Dagnall also saw him shoot straight at Fryer.

Crewe couldn’t quite take advantage of a slip by Chris Whelpdale and moments later, the visitors hit us on the counter-attack. Darren Sarll’s side had not called David Richards into action in the opening half an hour but on the break, Zoumana Bakayogo was caught out and his messy challenge on Matt Godden saw him concede a penalty. Godden himself stepped up to the challenge but Richards stood up tall to save superbly on only his third start for the club. The penalty save certainly lifted the crowd.

David Artell’s side continued to press forward to look for the opening goal. Bowery, who was a strong physical presence shot over on the turn before there was a flurry of yellow cards. Eddie Nolan was booked for Crewe.

Stevenage had the ball in the net but the in-form Danny Newton was rightly ruled out for offside. Richards didn’t move as he knew the flag was up.

Franks was cautioned for a reckless challenge on Ainley and he was joined by Wilkinson for his sliding ‘tackle’ into Dagnall. The referee just about kept a lid on things, with Godden lucky to only see yellow after catching Raynes after he had heaed clear.

As the first half drew to a close, the covering Ng did superbly well in retreat to block a shot from danger man Godden.

Crewe didn’t relent and began the second half much like the first. They kept driving forward in numbers and it was just the final ball or cross into a crowded box that was lacking. Fryer was called upon to jump higher than Dagnall before the visitors made a double change on 55 minutes. Tom Conlon and Newton were replaced by Kyle Wootoon and Luke Wade-Slater.

Those low crosses from the Alex continued to be cut out. Ainley and Bakayogo had two dangerous looking ones cut out and the influential Cooper began to grow into the game.

Stevenage were a threat on the break though and Richards did well to come and collect a high ball following a mass melee in front of him. Raynes also bravely put his head on a shot from Whelpdale.

Crewe introduced Porter with 20 minutes left. He replaced Ainley, who had performed admirably, but had received a hefty knock on his knee in the second half. Bowery went into the wider role.

Porter’s first involvement saw him flick one into the path of Bakayogo but the Frenchman lashed at his shot and it flew wide.

Crewe continued to press and were giving it everything in wet conditions. Those crosses were just failing to meet a Crewe body and Stevenage were standing firm to see the game out. The in-form Boro almost went ahead with 15 minutes left after substitute Wootton raced in behind and rolled the ball over to Jon Smith but he sent his shot wastefully over the crossbar. Godden also tried an ambitious flick from Wootton’s far post header that drifted a yard wide. Godden also headed straight at Richards as they looked to nick it 1-0 themselves.

As the minutes ticked away and Stevenage seemingly content for a draw, Dagnall had a shot blocked after racing on to a flick from the fresher Porter. It didn't look as though it was going to drop for us.

With 8 minutes left, Harry Pickering replaced the tiring Bakayogo and it was Crewe still aiming to find that winner. Cooper’s cross was just too high for Bowery at the far post on one occasion, but on the next opportunity, Conor Grant fed it into him, he spun and shot low past Fryer and the roof came off Gresty Road to end our run of six losses on the trot in the perfect fashion.

Crewe Alexandra return to the Alexandra Stadium this weekend aiming to put a poor run of six straight defeats behind us.

The Railwaymen host Darren Sarll’s Stevenage on Saturday and tickets are now on sale via the club’s Ticket Office. Call us on 01270 252610.