David Artell says that the club have been able to bring in another good ball manipulator with the loan signing of young Scott Robertson from Glasgow Celtic.

The combative midfielder made a solid debut for the club in the 1-0 win at Shrewsbury Town and Artell believes that the 20-year-old will add something different to the Alex midfielder.

Robertson, who has also enjoyed loan spells in the EFL with Gillingham and Doncaster Rovers had only one light training session with his new team-mates before being handed the start by Artell.

Artell said of Robertson: “Scott is a good manipulator of the ball, he ticks things over and he passes forward. Are there areas for improvement for him? Yes. Firstly, I think he can score more goals.

“We will encourage him to get forward and we will ask him to get in and around the opposition box.

“For his debut he was very competent and I thought he did ever so well.” 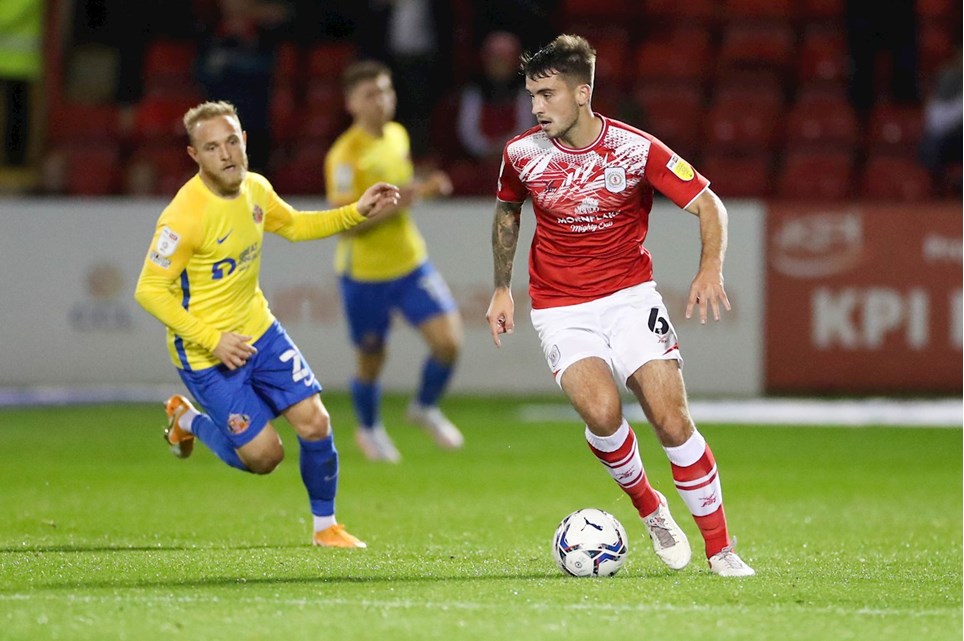