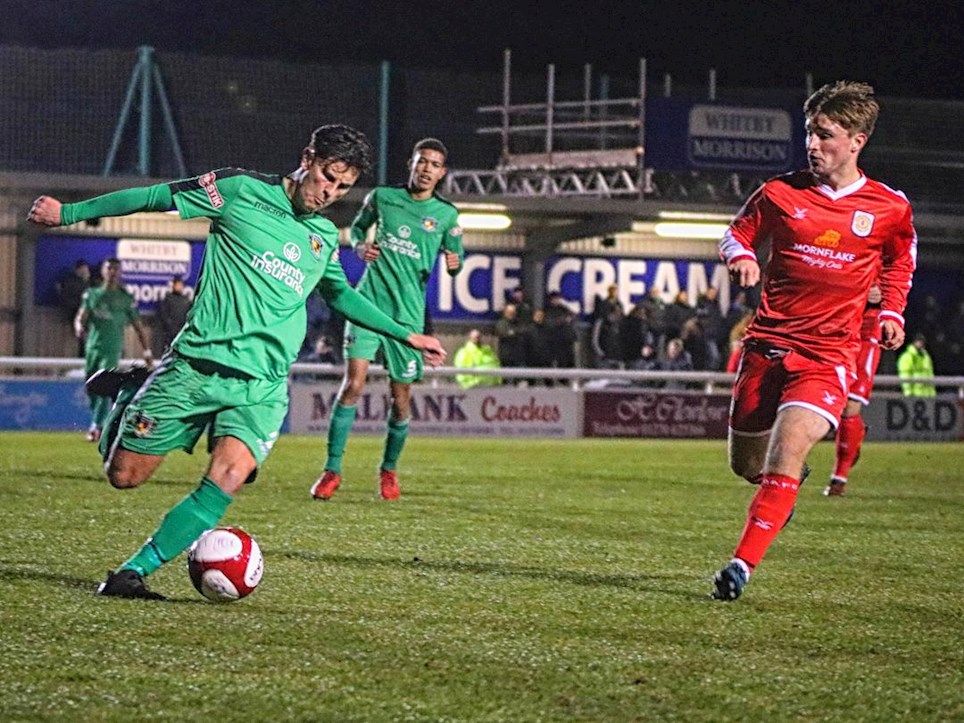 Crewe Alexandra Under 23's exited the Cheshire Senior Cup at the Second Round Stage after a 2-1 defeat after extra time at Nantwich Town.

The Alex defeated The Dabbers 3-2 in last season's Final, but Matt Bell's strike in extra time this time around gave the hosts a passage through to the Semi-Finals.

The contest started in quite cagey fashion with Lewis Reilly going close for Crewe on 18 minutes, glancing a header goalwards that was saved & held by goalkeeper Myles Boney.

The opening goal of the game arrived in the 32nd minute, Perry Ng slipping a pass through to Reilly, who turned the ball around the corner for Barlaser to bear down on goal & slot a low shot in under the goalkeeper.

Nantwich restored partity three minutes later with 35 on the clock, a long ball pumped forward finding its way to Clayton 25-yards out, who saw Dave Richards off his line & lofted a fine chip into the roof of the net.

Crewe had the final opportunity of the first period on 40 minutes, but Boney was alert to tip Reilly's cushioned header over the top.

After the break, yet another former Crewe graduate Toby Mullarkey had the chance to put Town ahead, but he couldn't direct his 73rd minute header on target on the stretch at the back post.

As the clock ticked down inside the final ten minutes, Barlaser almost grabbed his second and the winner for Crewe when playing a clever one-two with Reilly, but his shot on the angle hit the side-netting.

The tie headed into extra time after a tightly fought second-half, and with Crewe having already used all three subsitutions, the forced withdrawal of Zoumana Bakayogo at half-time in extra time left Crewe to play the final 15 minutes with ten men.

Nantwich used the numerical boost to their advantage & pushed on in search of a winner - and it came in the 115th minute.

Substitute Bell picked up the ball on the edge of the box & zipped a low shot that left Richards rooted to his spot as the ball skidded into the net.

Crewe were unable for force an equaliser in the final fives minutes to take the game to penalties as Nantwich recorded the victory & booked their passage through to the Cheshire Senior Cup Semi-Final.