U23 & U18 fixtures take a break over the festive period, with matches resuming again in early January.

Today's match with the Terriers is at Reaseheath and kicks off at 1pm. It's free entry for supporters (standing only).

With Alex Morris away this week, Kenny Lunt is set to take charge of the team, with Charlie Kirk, Sam Stubbs, Dave Richards & Lewis Reilly all set to feature. 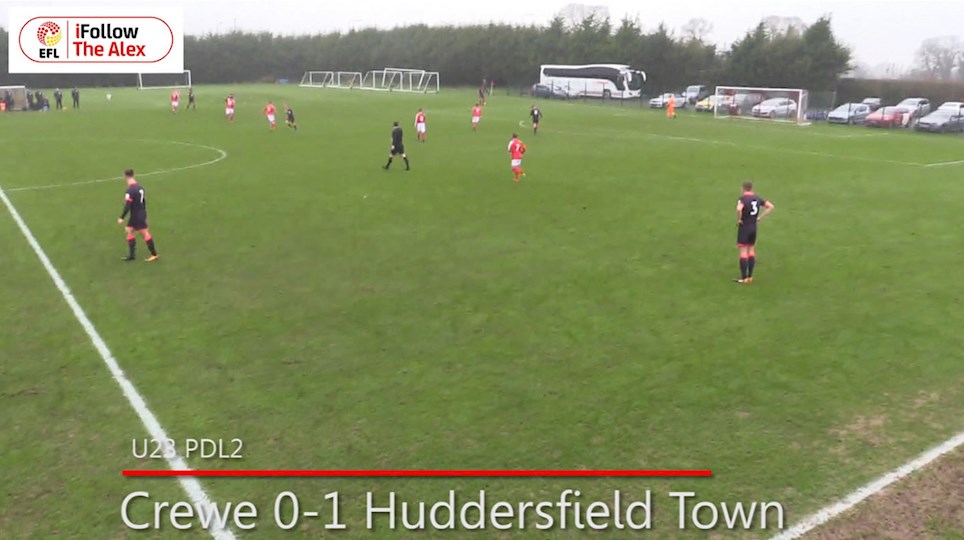 Crewe Alexandra Under 23’s ended 2017 with a 1-0 defeat to Huddersfield Town at Reaseheath in a tightly fought encounter.

Terriers midfielder Lewis O’Brien capitalised on a defensive error midway through the first half to go on & score his one-on-one, with neither side able to add any further tally to the score-chart.

Crewe started the game the brighter side, consistently probing the Huddersfield box, with the best chance falling to Charlie Kirk on 19 minutes. Lewis Reilly sprayed the ball out to the left flank for Kirk to cut inside & thrash a shot wide of the near post.

Huddersfield hadn’t been near the Alex goal, but in the 21st minute, a slip in defence allowed O’Brien a free run on goal, & he kept his cool to slot past a helpless Dave Richards for 1-0.

The visitors seemed to gain in confidence from the opener, & took control of proceedings on the run-up to half-time, almost extending their lead twice in two minutes.

First, Rekeil Pyke got in behind on 32 minutes, but a combination of Richards & Billy Sass-Davies caused the striker to miss his shot, before Richards was at full stretch to tip O’Brien’s deflected low shot around the post.

The Alex got hold of the ball more in the second half in an attempt to mount a comeback, Josh Lundstram arrowing a shot narrowly wide on the 52 minute mark.

Pressure continued to fall on the Huddersfield goal with countless balls into the box & probing passages of play, but the visitors defended stoutly throughout to frustrate The Alex & hold on for the win.

That’s it for 2017 for the Under 23’s with the next action on January 8 away at Hull City. Click here for all of the U23 fixtures & results.