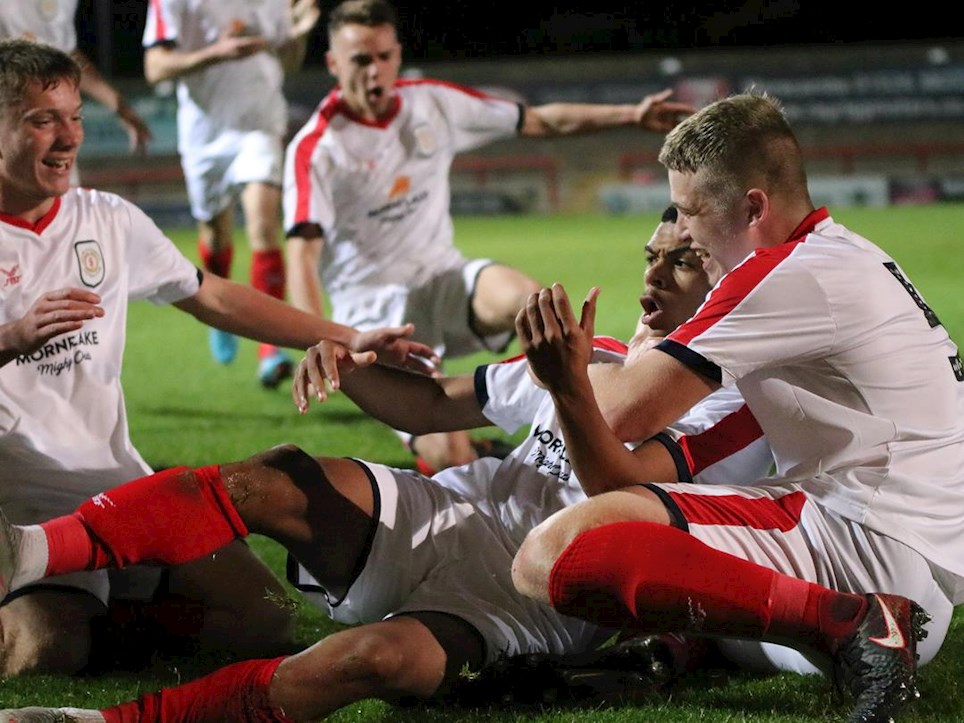 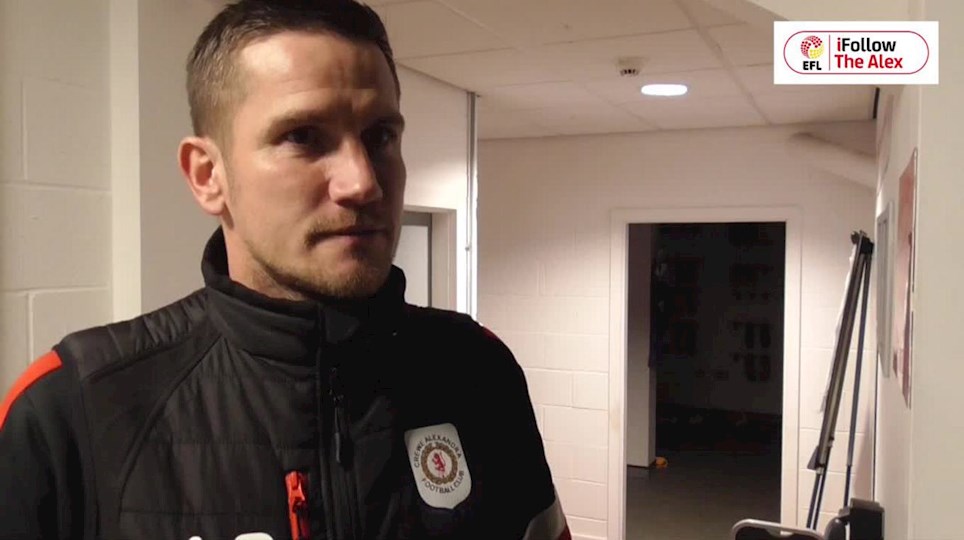 Crewe Alexandra Under 18’s struck two late goals to see off a plucky Morecambe side 2-0 at the Globe Arena to claim victory in the FA Youth Cup First Round.

Malachi Linton & Tyreece Onyeka hit the goals as Crewe were made to work hard for victory.

Manager Lee Bell was able to name five second year scholars in his side due to injuries, with first years & Under 16s making up the remainder of his squad for the trip north.

In truth, it was a cagey opening 45 minutes with chances few & far between  - the Shrimps looking more confident on the ball.

After a few cracks from distance for Morecambe that were comfortably dealt with by Alex stopper Sam Booth, Crewe came close right on the whistle.

Right-back Jack Goodrich thumped a sumptuous left-footed volley from the edge of the box after a good cross from the by-line by Rio Adebisi, but the effort sailed marginally over the crossbar.

The game came to life somewhat after the break – and it was Morecambe skipper Kaleb Young pulling the strings from the centre of the park.

He twice went close in the early stages, sliding a shot just wide of the far post from the angle, before rasping a drive from distance just wide.

The chance of the match arrived on 54 minutes, and it fell the way of Crewe midfielder Abdul Djalo. The midfielder found himself with just the keeper to beat 6-yards out, but Oliver Jumeau saved the shot after Oliver Southern headed a diagonal ball across goal.

Crewe continued to grow into the game & press on their seniority & the breakthrough came 15 minutes from time via the right boot of Linton.

Onyeka got down the left channel & cut-back for Malachi who took a touch to create the space before rifling his low shot round the defender & into the corner from 12-yards.

The game was all but sealed five minutes later on the 80 minute mark, Onyeka stealing ahead of his man to divert a cross from the right home from close range.

To Morecambe’s credit, they didn’t cave in & Young forced Booth into a good save before Matty Fenton cleared Freddie Price’s follow-up effort off the line.

The young Railwaymen then professionally saw the remaining time out to keep the clean sheet & book their place in the second round.

Crewe Alexandra Under 18s will play Morecambe in the First Round of the 2018/19 FA Youth Cup on Thursday 25 October, 7pm kick-off.

The match will take place at The Globe Arena & tickets are priced at £3 adults & £1 concessions.

Fourth Qualifying Round matches are still ongoing, but with the Shrimps & the Alex both being league clubs & being drawn against each other - the match has been scheduled.

Supporters wishing to travel to Morecambe to support Lee Bell's youngsters can pay on the day at The Globe Arena - there are no tickets available in advance.