Crewe Alexandra head to Cheltenham Town this weekend, looking for a first taste of points away from home in Sky Bet League Two this season.

There was a victory on the road last time out though in the form of the epic 4-3 victory at Tranmere in the Checkatrade Trophy.

The Robins have yet to win on their own patch this season, but will be buoyed by the return of Club legend Michael Duff as Manager - this his first game in charge.

Crewe: The Alex have no fresh injury concerns ahead of the trip to the Robins, with the squad well rested following a matchless weekend.

Paul Green, Harry Pickering & Eddie Nolan remain on the sideline, but Kevin O'Connor is fit to return after his head injury, & new loanee Corey Whelan is available for the first time.

The Alex started to build momentum before the enforced break with back-to-back wins in all competions & will now look to replicate that form at a traditionally difficult place to go for Crewe teams.

Cheltenham: The Robins have Club legend Michael Duff in the dugout for the first time after he was announced as the Clubs' new manager earlier this week after Gary Johnson was relieved of his duties.

A defender in his playing days, he represented Cheltenham over 300 times from 1996-2004 before moving on to Burnley. The appointment has created quite a buzz around the Club & they'll be eager to get the 'Duff era' off to a positive start.

Tom Field & Sam Jones are rated 50/50 for the match after picking up knocks, with Duff having a largely fully fit squad to choose from. 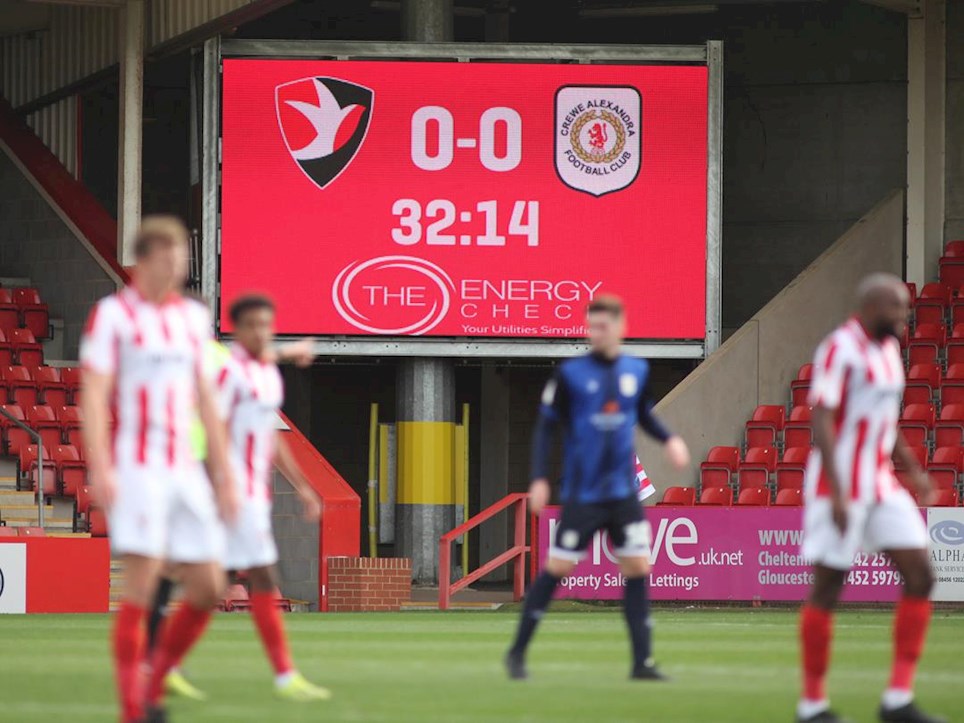 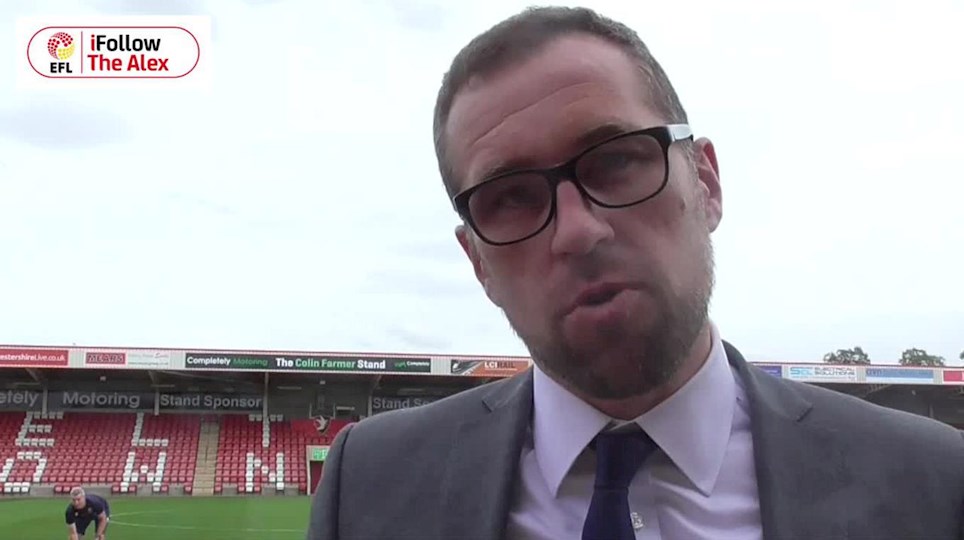 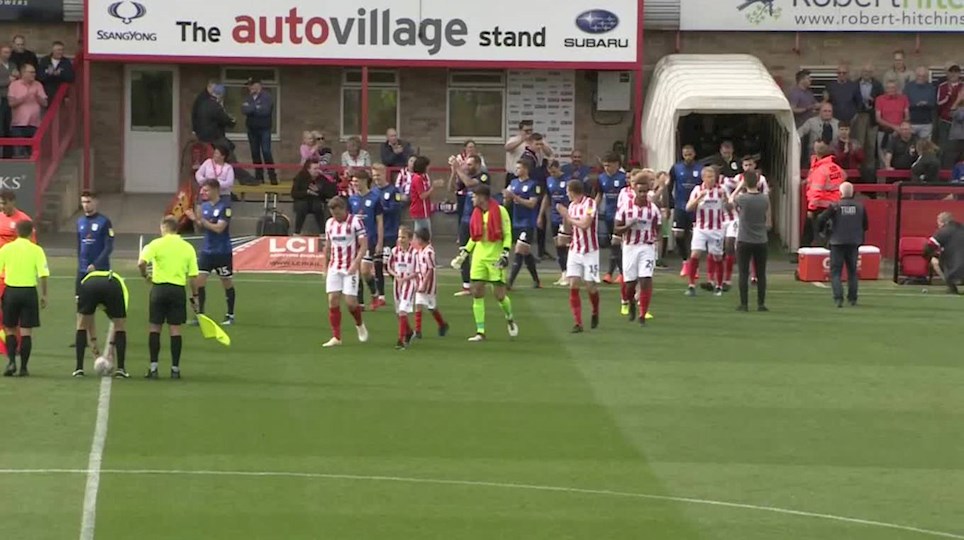 A resolute defence display gave David Artell’s side their first point on the road with neither side doing enough to claim all three points this afternoon.

Crewe have not won at Whaddon Road since October 2011, but we did have some presentable chances to have nicked the win with Jordan Bowery, George Ray, Alex Nicholls and Chris Porter all having opportunities to score with their head.

A fantastic counter-attack in stoppage time so nearly saw Ryan Wintle win it but after he met Charlie Kirk's fantastic cross, the bravery of Scott Flinders denied him as he dived in front of him.

Cheltenham also had their half chances too with Ben Garratt saving smartly to deny Ryan Broom and Tyrone Barnett seeing their best chance blocked on the line by Perry Ng.

David Artell made four changes from the side that won at Tranmere in the Checkatrade Trophy. There were returns for Jordan Bowery, Ryan Wintle and Charlie Kirk and new loan player Corey Whelan started at right-back. Nicky Hunt switched to left-back to cover for Kevin O'Connor after he was involved in that hefty collision at Prenton Park in our last outing. The young Irishman started on the substitutes’ bench.

Chris Porter, who scored twice in our 4-3 comeback win over Tranmere Rovers, was unlucky to lose his place, as were Shaun Miller and Tommy Lowery. Alex Nicholls who played a wide role at Tranmere partnered Bowery up front.

Cheltenham Town were certainly given a pre-match boost as they unveiled their former legendary player, Michael Duff, as their new manager. Duff left his position as a Development coach at Burnley to accept the role and the Gloucestershire club will expect a bounce in results. Duff named our former Academy player, Chris Clements, on his bench for his first game in charge.

With Duff in the dugout, Cheltenham wanted to make a fast start and get on the front foot but Crewe coped adequately with the early spells of pressure. Ray led by example with two timely tackles on the edge of our box.

Kevin Dawson was booked early on for a robust challenge on Hunt and the referee made the right call after consulting his assistant.

The clearest chance of the opening exchanges fell to home defender Will Boyle via a free-kick but Ben Garratt was well placed to push it over his crossbar. From the resultant corner, Whelan produced a timely block on the edge of the box to deny Nigel Atangana.

Crewe Alexandra’s best chance duly arrived soon after with Perry Ng testing the gloves of Scott Flinders after a free-kick had dropped to him inside the box. From the resultant corner, taken by Jones from the right hand side, found Bowery in space but he couldn’t quite direct his header on target.

A slow burner of a game began to open up and Cheltenham’s Ryan Broom saw his direct free-kick deflected behind for a corner.

A promising run from Corey Whelan saw him denied a chance to get a shot off right at the death and moments later, a whipped in cross from Kirk was steered wide by the head of captain Ray.

Tyrone Barnett was the second Cheltenham player to be booked after he caught Ray.

A neat exchange of passes between Wintle and Ainley allowed the Crewe wide man to drift into a central area but his shot was blocked and spun out wide towards Nicholls.

There really wasn’t much in the game during the first period, with neither side really carving out a real genuine chance to take the advantage into the interval. Cheltenham’s best chance came in stoppage time though when Dawson was gifted too much space on the edge of the Crewe penalty area and Garratt had to swiftly move across to make a decent save.

At the start of the second half, a well-positioned Ng cleared potential danger after Jacob Maddox tricked his way to the by-line. Ng managed to flick his cross away from inside our six-yard box.

Garratt also had to be alert after the busy Broom managed to wriggle free and head towards our goal. The Crewe goalkeeper was right behind his low drive from 20 yards.

Cheltenham made the first chance of the game with Aden Baldwin replacing the injured Craig Alcock. Moments later, Barnett tried his luck with an ambitious effort but his half volley sailed harmlessly over the crossbar.

With the home side beginning to get on top in terms of chances, Garratt was again called upon to make a smart from Broom after he had pickpocketed Kirk for possession. The Crewe keeper had to stretch to keep out his curling effort and Barnett couldn’t turn in a difficult rebound.

Crewe stepped up into a gear soon after that scare and after Jones’ first cross hit a defensive wall, his second delivery was much better but Nicholls could only steer his header wide of the far post. It was a very presentable chance.

Cheltenham continued to press looking to break the deadlock and it looked as though Barnett had done so when he was granted too much space the far post, but his goal bound effort was somehow cleared off the line by Ng. Many inside Whaddon Road though that was the moment but Crewe survived.

Wintle didn’t survive a booking though after tripping Atangana as he threatened to shoot. Mooney also made way for Sam Jones. Atangana did get a shot off minutes later but it cleared the crossbar by some distance.

To try and change the swing in the game, Artell made his first change just after the hour mark with Porter replacing Nicholls.

Porter was presented with an early chance after being found superbly by Kirk but he couldn’t give his header down enough to really trouble Flinders. Bowery then showed great strength to reach the by-line and cut it back but the Cheltenham defence reacted quicker to clear the danger.

With 10 minutes left, Miller replaced Ainley. A late scramble saw the ball so nearly break for Miller and then Porter but after some desperate defending from Cheltenham, they managed to clear up field.

In stoppage time, a timely interception from Hunt saw Crewe break on Cheltenham and we stormed forward in numbers. Kirk carried the ball and hit a fantastic cross to find Wintle but he was denied by the bravery of Flinders who flung himself in front of his effort. The rebound didn't drop to a Crewe shirt and the home side managed to survive. It ended goalless thanks to that save and Crewe go into next weekend's derby unbeaten in three games.

Tickets are on sale now for Crewe Alexandra's trip to Cheltenham Town.

The match takes place at Whaddon Road on Saturday 15 September, with Dave Artell taking his troops on the road in league action for the first time since double disappointment at Colchester & Carlisle.

Match tickets are on sale from Crewe Alex until 3pm on Friday 14 September.

Tickets will be on sale until 3:00pm on Friday 14 September, subject to availability.

Official coaches depart from Gresty Road at 10:15am and are priced at: