Crewe are looking to set the record straight after Colchester thumped the Alex 6-0 on a dismal night in Essex in August.

The U's continued on a good path from that night & have bobbed around the play-off spots all season long & currently reside in seventh ahead of this weekend's match.

Crewe's form however was hit & miss for the final months of 2018, but since Boxing Day's victory over Lincoln, the upward momentum has really hit home.

Couple that with the Alex's home record, the fourth best in the division, and there certainly is justified optimism ahead of the contest.

Crewe: James Jones will be missing from the side as he begins his rehabilitation from the ankle injury picked up at MK Dons.

There are hopes that Paul Green & Nicky Hunt could return after their respective injury lay-offs, both will be monitored ahead of the contest.

The Alex have won three home games on the bounce & will be looking to make that four against the U's this weekend.

Colchester: Despite Colchester's good form for much of the season, they're actually in a bit of a sticky patch at the moment with just one league win in their last six games.

That came in a dominant 3-0 success at Vale Park two weekends ago, but other than that, the U's form has been somewhat the opposite of Crewe's since Boxing Day - losing three of those six matches. 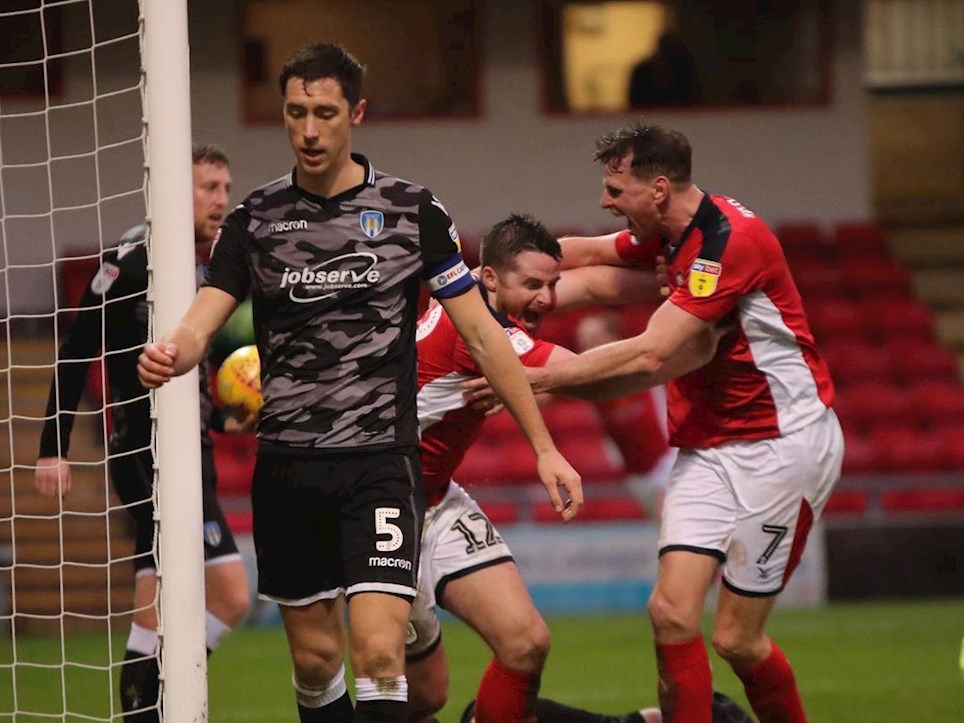 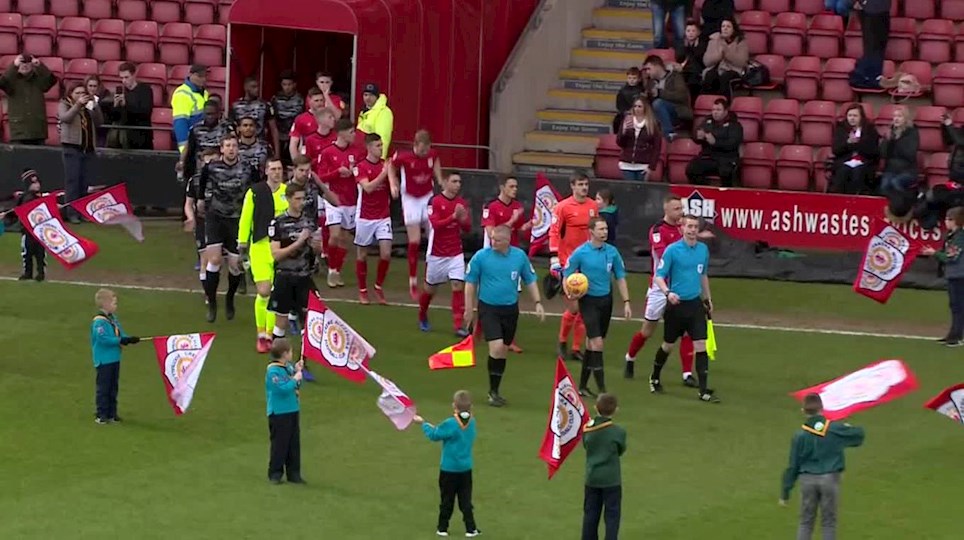 Late 87th minute this time from Eddie Nolan sends Crewe to 11th in the table.

Nolan showed a tremendous desire to head home a really tempting cross from Paul Green in the 87th minute to crash the ball and himself into the net to seal a deserved 2-1 win at a jubilant Gresty Road.

Crewe had to fight from behind again after going in at the break 1-0 behind after the impressive Sammie Szmodics made Paul Green pay for a mistake with a tidy finish. Green had uncharacteristically giving the ball away.

A close range header from Charlie Kirk from a Perry Ng cross just two minutes into the second half got Crewe right back in it and although there wasn’t much in the game, it was Nolan right on cue to head home his first goal of the season and Crewe saw out the three minutes and stoppage time.

With James Jones ruled out with ankle ligament damage for a number of weeks, the timing of Paul Green’s return from his own ankle trouble was impeccable. Green went straight back into the Crewe Alexandra midfield after missing the last two games after rolling his ankle in training ahead of the Newport County home game.

The experienced defender Nicky Hunt also sufficiently recovered from his knee injury to return to the matchday squad. Youngster Luke Offord made way.

David Artell was serving a one game suspension after allocating four bookings this season, so he wasn’t permitted to enter the technical area and had to communicate via the directors’ box.

Crewe Alexandra tried to get on the front foot early on with Callum Ainley side footing an effort that became a routine save for Rene Gilmartin.

After that early venture forward, Colchester began to impose themselves on the game and forced a succession of early corners. The visitors were always going to be a threat from set plays due to the immense height of their players in their starting XI. Crewe stood firm and headed the danger away.

There certainly wasn’t much in the contest until a rare mistake from Paul Green saw him present Sammie Szmodics with the ball and the Colchester number 10 did the rest with an arrowed shot into the bottom corner of Ben Garratt’s net. His accuracy gave the Crewe goalkeeper no chance and Crewe were behind after just 11 minutes.

Crewe and Green especially tried to respond fairly quickly and Kirk having a shot deflected behind for a corner and Green firing over the top of the bar from a corner.

Colchester went close to making 2-0 on 26 minutes, but Michael Mandron fired a volley just wide after Crewe didn’t deal with a high ball as well as we had been doing.

After the first half an hour, Crewe began to impose themselves more on the proceedings and Green had another shot deflected after good work from Bowery before another free-kick delivery from Harry Pickering just didn’t drop for Porter and then Nolan.

Another dangerous free-kick delivery from Pickering was flicked on by the Colchester United forward Mandron towards his own goal but Gilmartin was well placed to make a simple save in the end.

The first half was littered with petty fouls and it did halt some of Crewe’s momentum.

Crewe were our own worst enemies and a header back from Nolan was too short and the lightening quick Courtney Senior nearly stole in but Garratt did well to rush from his line and smother the ball ahead of the winger.

Then another loose pass this time from Ray gave Szmodics a chance to run at goal but he was forced wide by Ng and in the end sliced his shot well wide of the target. It was another let off.

Crewe were still very much in the game heading into the interval and Kirk’s close range header just a minute and a bit into the second half got us level. Ng provided the cross from the right and Porter did enough to put Gilmartin off and Kirk’s determination to get into the six yard box saw him nod home at the far post.

After scoring his seventh goal of the season, Kirk began to be more involved and he began to provide some teasing crosses from the left. Pickering so nearly found Porter through the middle but Luke Prosser did well to cut it out at full stretch before Wintle was booked.

Colchester United tried to regain the lead but Pell missed an air shot at the far post.  The U’s had a lot of possession but a lot of it was in front of Crewe and with Nolan and Ray winning most things, we were fairly comfortable. Ray slid in to deny Szmodics after he had tricked his way to the by-line.

Kirk was booked for intent after flying into a tackle before Ainley was replaced by Tom Lowery. The midfielder almost immediately won a corner and it proved decisive. The ball was kept alive by Pickering before the hard working Green produced a superb cross that invited Nolan to crash home a winner.

There was still time for a late break from the Alex after Green had yet again broken up play and it was a shame that neither Kirk or Bowery could quite take the ball in their stride or they would have been in on goal.

Crewe saw out the three minutes of stoppage time really well and with the seconds ticking away, Nicholls replaced goalscorer Kirk.

The Alex have picked up seven points so far this month & 13 from the last possible 18 available with just one defeat in six matches.

The U's thrashed Crewe 6-0 at the Jobserve Stadium in August & Dave Artell's side will be looking to set the record straight from that season-low moment.

The match takes place on Saturday 26 January at the Alexandra Stadium with a 3pm kick-off.

Crewe are currently 14th in League Two & are now six points off the play-offs after a fine run, with high-flying Colchester occupying a play-off spot in sixth.