Stevenage FC come to the Alexandra Stadium for Crewe's final game of 2018.

The Alex are looking to end the calendar year on a high with back-to-back win having defeated League Two table-toppers Lincoln City on Boxing Day.

Stevenage too won on Boxing Day against a high-flying side. The went to Colchester United's Jobserve Stadium & ran out 2-1 winners over the top-four side.

Crewe won the reverse fixture at Boro in October 1-0 - the only away win of the season so far - thanks to a superb Jordan Bowery League Two Goal of the Month nominee.

Crewe: A fully fit squad is available to David Artell for the second straight game after no injury concerns picked up in the Boxing Day victory over Lincoln.

Paul Green was withdrawn late on in the win as a precaution after impressing in his first start since suffering a knee problem in August.

The Alex will be desperate to record back-to-back win having struggled to build momentum with a run of results yet this season.

Stevenage: Boro come into the game on a high, having won away at Colchester on Boxing Day - their first win on the road for over two months.

Prior to that victory, Stevenage had won only one of their last seven Sky Bet League Two games & they currently sit in tenth place in the table - seven places & seven points better off than the Alex.

Crewe have won the last two meetings 1-0, with a hat-trick on 1-0 victories sure to be most welcome come the final whistle! 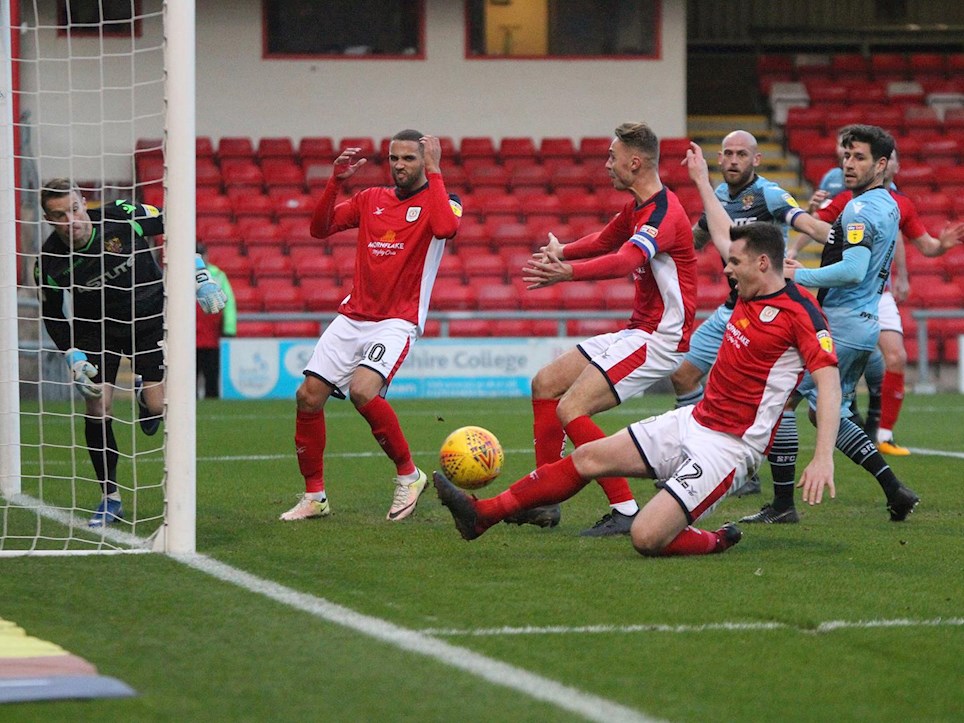 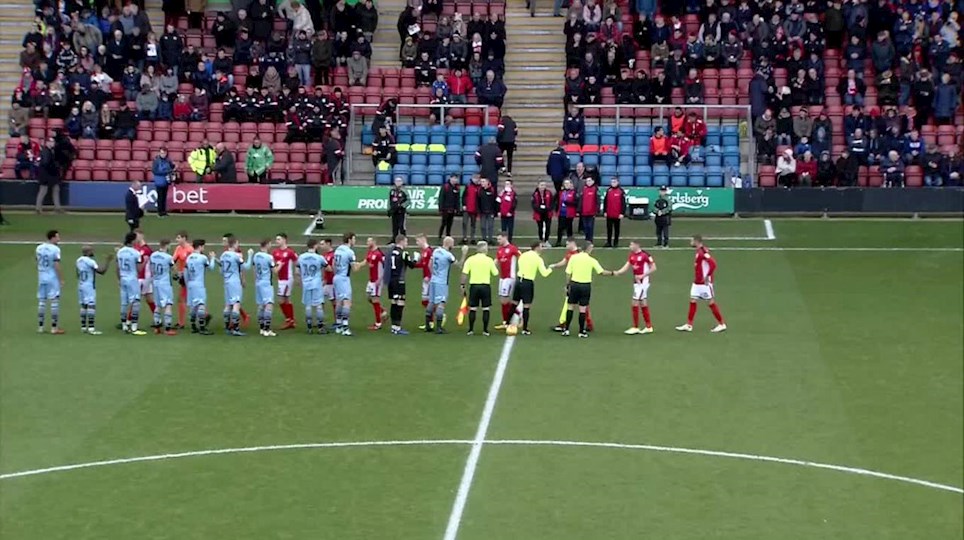 Artell: "A Deserved Three Home Points But We Have To Do It Away"

Crewe Alexandra continued to reverse their Christmas form with their eighth home win of the season over Stevenage. A penalty from Chris Porter on 21 minutes saw David Artell’s side move up to 15th spot in the table to end 2018 on a high.

The Railwaymen’s victory was the first time this season that we have recorded back-to-back wins in the league. The 1-0 win also sealed a first league double of the season because of our fine 1-0 win at the Lamex Stadium.

On this occasion, the 1-0 scoreline didn’t reflect our dominance and chances missed, especially in the first half.

Stevenage also had their substitute Alex Reid sent off for a studs up challenge on Perry Ng with 12 minutes left.

Eddie Nolan faced a late fitness test after sustaining a knock on his ankle during the Boxing Day victory over Lincoln City. The Irishman passed to retain his place in the centre of the Crewe defence for the visit of Stevenage.

In the hope of building on a fantastic performance and result against the league leaders three days ago, David Artell had the luxury of naming an unchanged side. Chris Porter, who scored the opening goal against the Imps and led the line with great intelligence kept his place, as did midfielder Paul Green who claimed the man-of-the-match award after making his first start since the end of August.

There was also a couple of changes on the substitutes’ bench with Tom Lowery recalled for striker Lewis Reilly and Corey Whelan returned for Nicky Hunt.

The former Crewe Alexandra defender Ben Nugent started for the visitors. Nugent was sent off in the reverse fixture with Crewe winning 1-0 back in October.

Crewe made a really positive start to the game and after a clever flick on from Porter, a delivery from Kirk nearly found the advanced James Jones.

The Crewe confidence then saw Ryan Wintle slip Jordan Bowery through on goal and after taking a touch, he was denied on the edge of the box by the onrushing Stevenage goalkeeper Paul Farman and the loose ball fell to the supportive Porter but his deflected side footer was deflected wide. It was a good chance to take the lead early on.

Crewe were dominant in possession and only a timely interception from the Stevenage captain Scott Cuthbert prevented a Bowery cross from reaching Porter for the opener. It was fine defending in front of his own goal.

There was a stoppage of our momentum because of an injury to the assistant referee and there was a couple of stoppages for a head injury to Porter. He was soon up and jumping with Farman.

But after that short lull, Crewe were on the front foot again and the deadlock was broken on 21 minutes thanks to a surging run from full-back Perry Ng. He raced into the Stevenage box and he was impeded by two Stevenage defenders as he looked to get a shot off. Steven Seddon was adjudged to have collided with Ng and Porter was confident enough to take the ball and dispatch his spot-kick for his second goal in two games. The lead was no more than Crewe deserved and the only downside was that we couldn’t find another goal before the break.

A rare slip from Harry Pickering, allowed Kurtis Guthrie to find some space but his shot from outside the box was blocked by the well placed Nolan.

Stevenage’s best chance saw our former defender, Ben Nugent, thump a header against our crossbar from a corner. It was a let off because Nugent had been given a free run at it.

Crewe were soon back in their stride and looking threatening. Our passing and movement allowed us to get in behind the Stevenage back line and more good work from Bowery out wide, nearly saw a chance fall to the excellent Wintle.

James Jones also fired over the crossbar after the two Crewe forwards had combined again down the left hand side.

Our best chance to add a second goal saw a pass from Pickering find Porter and instead of electing to slip Bowery in, he directed his side-footed shot at Farman. He held his hands up as to say he should have passed to his team-mate.

With five minutes of the first half remaining an excellent free-kick from James Jones was headed back across goal by Porter was missed by a trio of Crewe bodies. Bowery, Ray and Nolan all stretched to try and reach it for a simple tap in. That second goal was just eluding us.

Before the first half interval and Crewe didn’t want the half to end, Ng hit one from distance that was blocked and Porter tried his luck with an acrobatic overhead kick from the edge of the box.  It was Crewe certainly pressing for a second goal.

The visitors came out for the second half with an extra zip to their play but they still found it difficult to trouble the Alex back four and goalkeeper Ben Garratt. They did play with an extra urgency but Crewe still had their half chances. Bowery caught one in his feet and couldn’t get it out to get a shot off. The likewise happened to Porter just moments later as well as Crewe went in search of the comfort of a second goal.

Pickering was let off a booking after a trip on Campbell-Ryce but Ray was booked for a foul on sub Reid.

Charlie Kirk had a firm shot pushed away by the Stevenage goalkeeper and Garratt did the same to deny Kennedy with a similar effort.

Porter had a chance to find Jones but couldn’t quite thread a pass through. Jones also shot wide of the left hand post after good work by Bowery and Ng wanted a goal as he lashed two powerful efforts goalwards. The two full-backs were great outlets all afternoon.

Crewe pressed but couldn’t find that second goal to make it a comfortable last ten minutes. There were a couple of scrappy scrambles in the Stevenage box but nothing really fell for us. Stevenage’s best hope of an equaliser was always going to be from a set-piece but with Ray heading most things out those chances never came.

The win was made more comfortable by Reid’s red card for a high challenge on Ng. The referee took his time to identify the offender but got it correct. Stevenage had to play the last ten minutes with ten men.

Ng shot powerfully wide from 25 yards and Stevenage piled crosses into our box hoping for something to drop but Crewe stood firm to record a second home win in three days.

With the clock ticking, Ainley replaced Kirk as there were six stoppage time minutes to get through. Forceful late runs from Green and Pickering probably deserved more than we got but with Porter and Ainley holding the ball in the corner, we ground out the three points.

Artell: "A Deserved Three Home Points But We Have To Do It Away"