Crewe host Chesterfield looking to get back to winning ways in Sky Bet League Two after suffering a first league defeat of the season at Grimsby last weekend.

The Spireites have won on their last two trips to Gresty Road, 2-0 in last season's Checkatrade Trophy Group Stage, & 2-1 in League One action in 2015/16.

Dave Artell is confident his side can record victory after seeing positive signs in his side's first six games of the season prior to last weekend's disappointment.

Chesterfield haven't had the best start to the season, winning only one game in league and cup - a 2-0 victory over Port Vale - but by all accounts their performances in most of their games have warranted a better return. 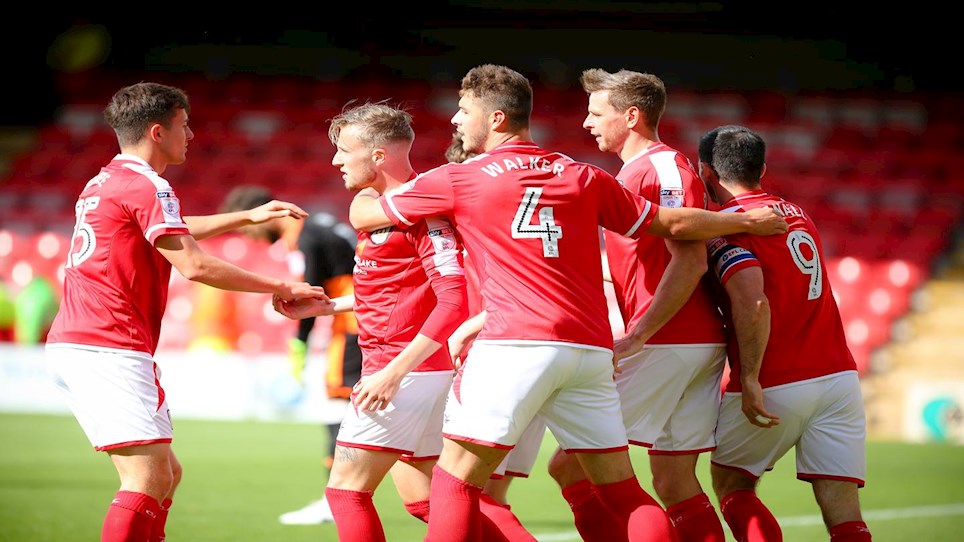 
What the press made of the Spireites mauling 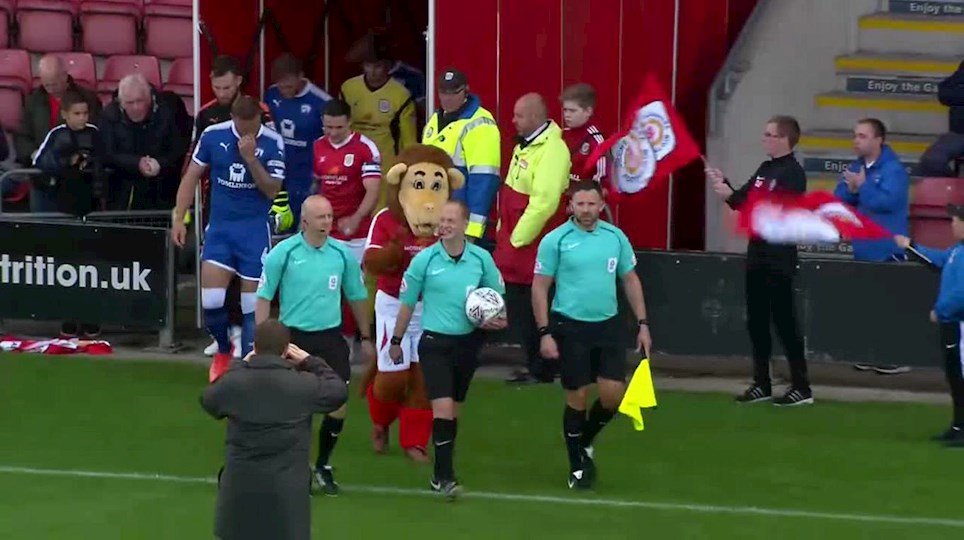 Crewe Alexandra bounced back from the disappointment of losing their first league game of the season at Grimsby, to emphatically defeat Chesterfield 5-1 at Gresty Road. Two goals from Chris Porter, a first at senior level for Perry Ng and firsts for the season for George Cooper and substitute Callum Ainley sealed a very impressive 5-1 win.

It could have been even more with Porter having a potential hat-trick header ruled out for offside. Ainley also had a late goal chalked off after the Chesterfield goalkeeper Tommy Lee had allowed his low shot through his fingers. Bowery was adjudged to have been offside in the initial build-up.

Chesterfield’s consolation arrived via a rather unlucky own goal from Eddie Nolan after a header from Kristian Dennis had been tipped on the bar by Ben Garratt and it harshly struck the Crewe defender on the way down. It was the only negative from an outstanding Crewe performance. Oh that and the late downpour that drenched just about everyone as we approached the final whistle!

The on-loan Conor Grant was unable to play after suffering concussion at Grimsby Town last weekend, so Tom Lowery returned to the Crewe Alexandra starting line-up after recovering from a troublesome neck injury. He formed a three man midfield with Brad Walker and Ryan Wintle.

Zoumana Bakayogo also returned to the starting line-up at left-back, as David Artell reverted back to a 4-3-3 formation. The French defender had replaced Grant at Blundell Park last week when Crewe were forced into an early reshuffle.

Crewe Alexandra made a bright start and took the lead within the first six minutes. There was some good fortune in the build-up with Chesterfield failing to clear their lines effectively. Cooper and Lowery were involved on the edge of the Chesterfield box and a ricochet ran through invitingly to Porter, who was wide open. The experienced goal scorer kept his composure to fire home past a helpless Tommy Lee. It was just the start Crewe needed to settle any potential nerves.

Brad Walker imposed himself in a more advanced role in midfield and a lovely touch from him allowed Lowery to feed Bakayogo down the left and his pass, so nearly found Porter in an advanced position.

Crewe were certainly on top in the early exchanges and Cooper forced Lee into a smart save down at his near post before a timely interception from the Chesterfield captain Ian Evatt prevented Porter from slipping Dagnall through on goal.It was confident stuff from the Alex.

A fine delivery from Bakayogo was just too high for Dagnall before the visitors forced Ben Garratt into his first meaningful save. Chesterfield broke on a poor touch from Bakayogo and Matt Briggs saw his effort pushed behind for a corner.

Michael Raines and Chris O’Grady enjoyed a great tussle, with the Crewe defender solid at the back for the Alex. He won more than his fair share of headers up against the physical Chesterfield striker.

Chesterfield began to have a good spell of possession but most of it was happening in front of Garratt and our back four. Crewe got in some fantastic positions but there were too many of our players being caught offside and the final ball into the final third was just lacking.It would click more in the second half.

Perry Ng stood firm to block a shot from Briggs before O’Grady had a decent chance in the centre of the box but he couldn’t keep his volley down.

A promising burst from Walker saw him travel with the ball to the edge of the Chesterfield penalty area and find Cooper. His low cross found Porter, but he was adjudged to have strayed just offside as he tried to round Lee close to the by-line. Walker also hit a free-kick in a good position against a solid Chesterfield wall.

Crewe tried to add a second goal before the interval and Bakayogo drew applause from the crowd with a powerful volley that just went wide.

Chesterfield did conjure up two chances before the break but Garratt was well placed to hold onto a shot from Kristian Dennis and Briggs couldn’t slide in a stoppage tie chance at the far post.

Crewe started the second half just as well as the first half with Porter sliding home his sixth goal of the campaign. The Railwaymen excelled in the build-up with Lowery and Walker again involved to keep Porter enough space to shape his body and tuck it away in the final corner.

Moments later, Porter must have thought he had achieved his first hat-trick for the club after he buried a Dagnall cross with his head. It was ruled out for offside but it looked marginal to say the least.

Crewe went out of sight on 54 minutes. Perry Ng showed great determination to win a 50/50 tackle and he kept on going into the box before firing low past Lee to score his first goal at senior level.

Porter was again denied the matchball when Sam Hird just about managed to smuggle his touch off the line after Brad Walker had drilled a cross over. It just wasn’t to be for him and he was one of three to replaced by David Artell as he elected to rest them follow our fourth goal on 64 minutes.

It was a tremendous team goal with Crewe producing some great passing to switch the play from left to right. Walker and Lowery were again involved in the build-up before Cooper was slipped in and he took his first of the goal really well. It was deserved after the start he has made to the campaign.

Soon afterwards, Cooper, Porter and Walker made way for Ainley, Kirk and Bowery.

Chesterfield continued to press forward looking for a goal of their own and after De Girolamo had fired over from the edge of the box, they did grab a consolation on 72 minutes. Dennis’ header was tipped onto the crossbar and as it came down, it hit the unfortunate Nolan before bouncing over the line.

Crewe went on to score a fifth goal with nine minutes left. Kirk did superbly to find Bowery and after his shot was saved by Lee, there was Ainley to gratefully tuck home his first goal of the new season.

He shouldn't have waited too long for his second goal after Lee made a right mess of his low drive but it was ruled out for offside in the initial build up.

There was still chances late on for a sixth goal but Bowery over ran the ball when Dagnall was probably better placed and Dagnall just couldn’t find that goal his work rate on the day would have deserved.


What the press made of the Spireites mauling