It came as a surprise that The Alex failed to score in either of the last two matches following the 5-1 demolition of Chesterfield at Gresty Road two weeks ago.

Carlisle haven't won in five games in League Two, but gained an encouraging point against Barnet last weekend thanks to a fantastic Shaun Miller equaliser.

The Cumbrians were unstoppable at this point last season, opening 2016/17 with 21 matches unbeaten in all competitions.

It's sure to be a hotly contested afteroon, and of course the best way to enjoy the game is in person at the stadium, but if you cant attend, check out the info below to see how you can stay in touch with the game! 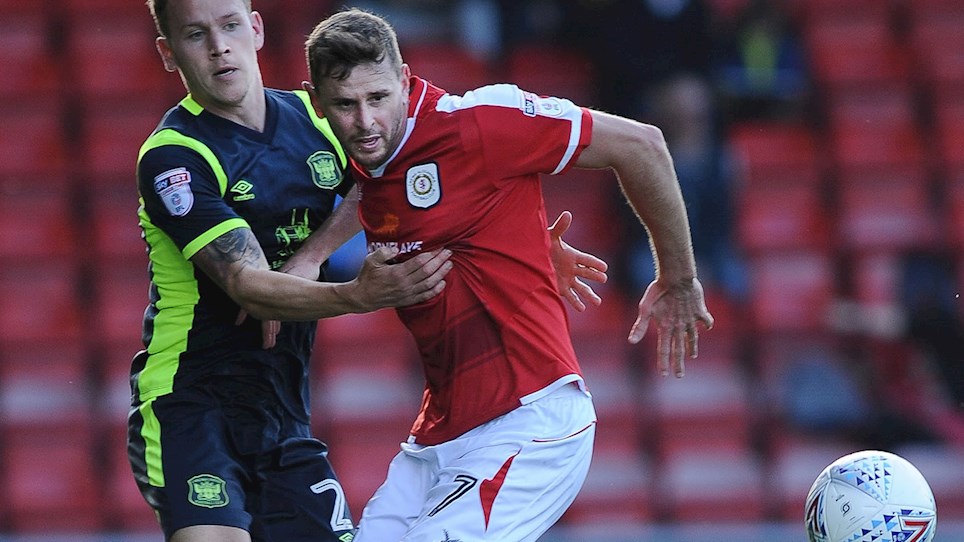 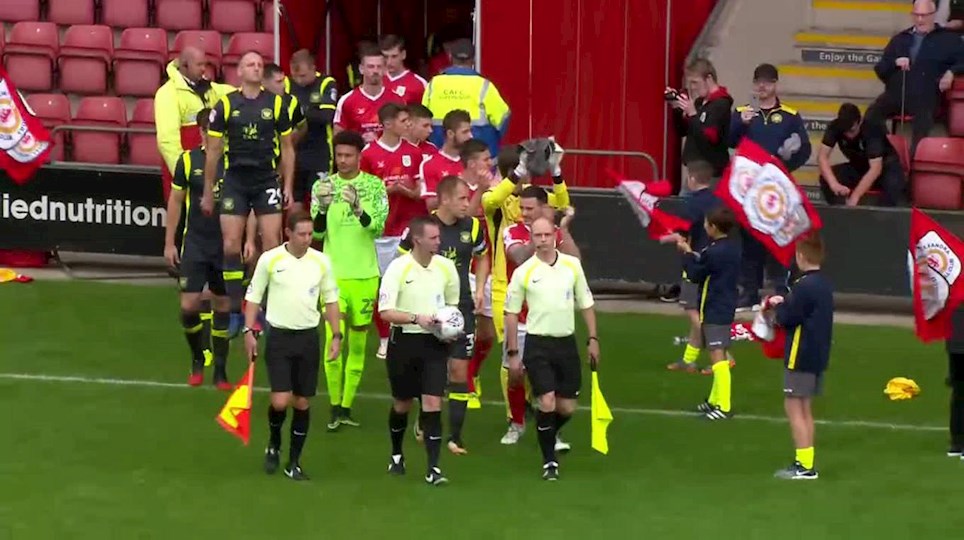 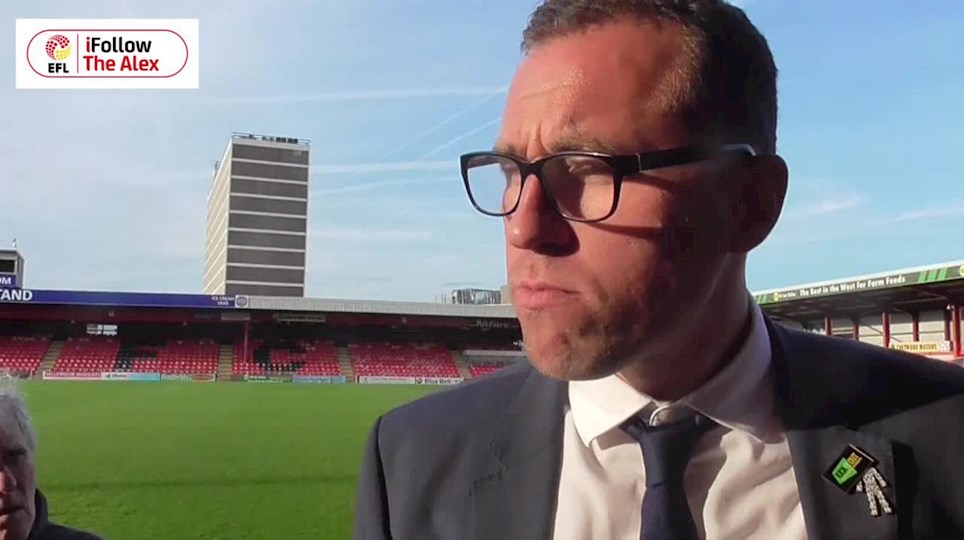 Crewe Alexandra suffered a home hammering by Carlisle United this afternoon to leave us without a win and a goal in our last three games. The Alex produced their worst display under David Artell and were suitably punished by a Carlisle side, who were certainly in the mood for goals. They were impressive and clinical at Gresty Road today and Crewe had no answer to stop them in the second half.

Their skipper Danny Grainger scored the opening two goals, one via the penalty spot just minutes into the second half and there were more goals coming in a rampant second period from Reggie Lambe and substitute Hallam Hope. The scoring was completed by an own goal from the former Carlisle United defender Michael Raynes and that just about summed up the whole afternoon. It was far too easy.

With Perry Ng not quite fit enough to resume his place following an ankle injury, David Artell altered his formation to play with three at the back again. Full-back Zoumana Bakayogo was the unfortunate one to miss out in the change around with a fit-again Conor Grant recalled to the starting line-up in central midfield.

Grant, 22, hasn’t featured since suffering concussion away at Grimsby Town but after successfully returning to full training last week, the on-loan Everton midfielder made his home debut for the club.

Callum Ainley operated behind the front two of Chris Dagnall and Chris Porter.

There was an early stoppage after the Carlisle United goalkeeper Shamal George fell awkwardly on his shoulder after he competed in the air with Chris Porter. The on-loan Liverpool goalkeeper was able to continue, but moments later he was lucky that his miss kick from a Tom Parkes back pass didn’t cause him even more problems than it did.

Crewe’s best early chance saw Ryan Wintle produce a tantalising pass across the Carlisle box but neither Ainley or Dagnall could apply a definite touch. Porter did have a goal chalked off for either an offside or an infringement on the Carlisle stopper.

The home side were actually enjoying a good passage of play when the visitors took the lead on 13 minutes. Miller did well to race down the channel and he did well to come off the touchline and find Reggie Lambe. The ball was eventually moved out to the supportive Danny Grainger on the left and his low drive from 25 yards accurately flew past Garratt for the opening goal.

Clint Hill’s long searching pass missed out the head of Wintle to find the Carlisle skipper again and his pass into Nicky Adams ended with his shot being blocked by a combination of Walker and Raynes. From the resultant corner, the impressive Adams spun and shot just wide of the mark.

Carlisle continued to be excellent in their shape and played on the break. It became difficult for Crewe to open them up and create any genuine chances. A Cooper free-kick nearly dropped for Porter, but the striker couldn’t quite find his bearings with the ball at his feet and Carlisle cleared the danger.

There were no real gaps for Crewe to probe and on the counter-attack, Miller flicked a Lambe cross just wide of Garratt’s right hand post before Wintle was called upon to block another shot from the outstanding player on the pitch, Adams. A well worked corner also saw Miller lift his shot over the crossbar from a good position.

Crewe Alexandra tried to conjure up some openings in the final minutes of the first half but Ainley and Dagnall couldn’t quite reach a searching pass from Cooper and a shot from Porter on the edge of the box was looped into the gloves of George.

A late Cooper free-kick was met by the advanced Eddie Nolan but his header was collected by George close to his post.

David Artell made a change at half-time with Harry Pickering replacing Walker. Before we really had time to assess how the change was really going to effect things, Raynes fouled his former teammate Lambe inside the box to concede a 48th minute penalty. Grainger made no mistake with is powerful drive from the spot.

It could have got even worse for Crewe moments later, but Luke Joyce lifted his shot over from a really good position.

That was enough for Artell as he made his second change with Conor Grant making way for Owen Dale. Wintle was also forced off with a groin injury and had to be replaced by Sam Stubbs.

In a reshuffle, Nolan went to right-back and Pickering to left back. Crewe huffed and puffed but we were out of ideas to unlock their defence. There was no way through and we started to seriously struggle in the final third. Porter and Dagnall ran their socks off trying to make something happen but they were starved of quality service.

It was game over on 71 minutes when Grainger’s shot following a corner hit Raynes in the body and it deflected past a helpless Garratt for 3-0. Three minutes later, it was four as Lambe raced onto a ball from substitute Jamie Devitt and he coolly went to the side of Garratt to score the goal his all-round play deserved.

Miller made way for Hope for the closing stages. Lambe smacked the post with a wonderful effort as Carlisle continued to press looking for more goals. Crewe were wanting the final whistle.

Ainley had a shot straight at goalkeeper George and he curled a late effort over as he kept himself going, but Hallam Hope rubbed salt in our gaping wounds with the final action of the game. Lowery lost position in a key area and as the defenders fell over in chasing him back towards our goal, Hope raced clear and slotted it past Garratt for an injury time fifth goal.

Crewe Alexandra will be aiming to get back to winning ways after suffering successive defeats to Cambridge and the league leaders Exeter City.

David Artell's Railwaymen will be looking to take advantage of being back at Gresty Road this Saturday when Carlisle will be the visitors.