The Alex head into the rearranged clash with Exeter looking to put a nine point cushion between themselves and Chesterfield in the bottom two.

With only three games in League Two this evening, it gives Crewe a great opportunity to catch those further up in the table and putting some daylight between sides below - though Barnet also play at home to Carlisle too.

Having been in imperious form for large spells of the season, including winning three in a row in January, Exeter are now without a win in their last three having lost to Luton & Mansfield and drawn with Wycombe.

Crewe are buoyed by a first win in seven after the 1-0 triumph over Colchester on Saturday. It makes it a tough match to call, but Dave Artell has his troops fired up for another important evening at Gresty Road. 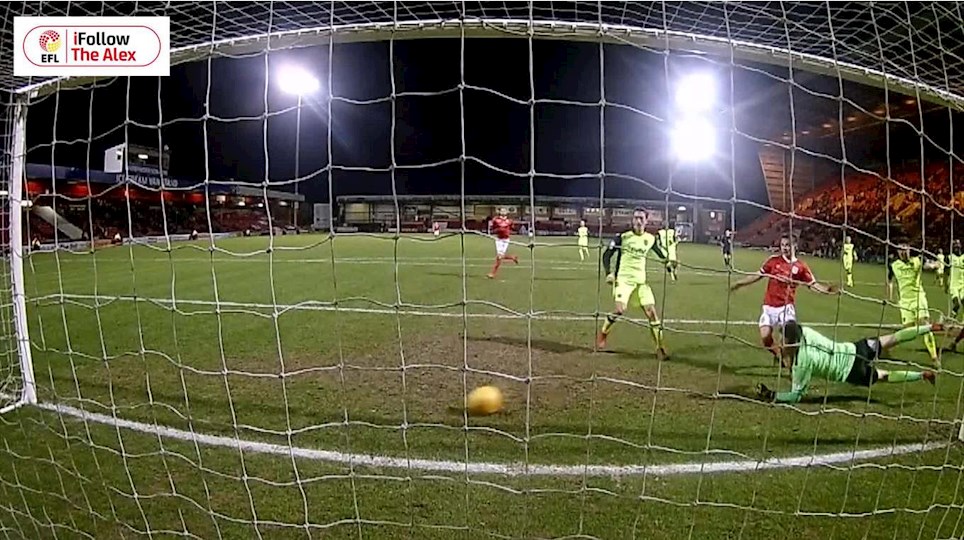 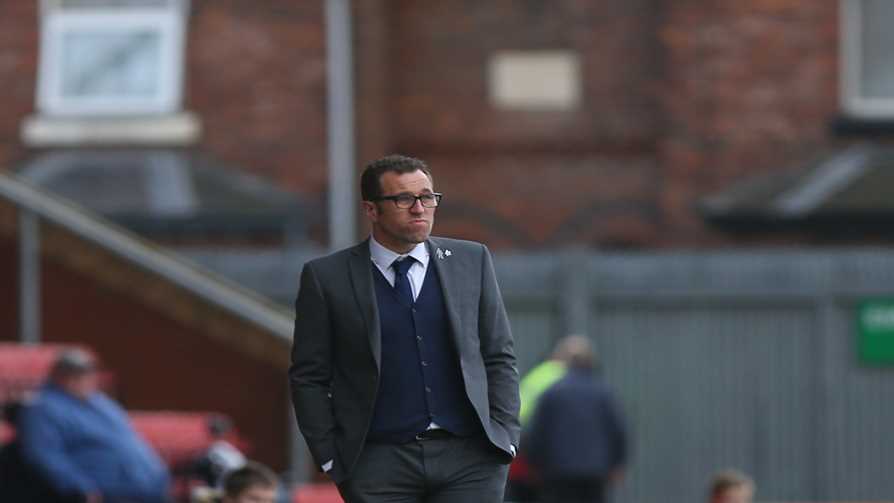 Crewe Alexandra crumbled in second half stoppage time to throw away victory against Exeter at Gresty Road.

Shaun Miller’s deft finish looked to have won the game 1-0 for Crewe with two minutes remaining, but Jordan Moore-Taylor & Jayden Stockley struck in injury time to steal a 2-1 victory for the Grecians.

Dave Artell made three changes to the side that beat Colchester United at the weekend, with the enforced exclusion of Newcastle United loanee Jamie Sterry due to illness.

Michael Raynes took his place, with Perry Ng moving over to right-back. Aston Villa loan man Harry McKirdy came in for his first start & Tommy Lowery returned to the starting XI in place of Jordan Bowery & Charlie Kirk who dropped to the bench.

The Alex had the chance of the first half inside two minutes, Harry McKirdy scampering down the left to the by-line to cut back for Paul Green to side-foot on goal first time from 12 –yards. Greicans keeper Christy Pym made the save to deny the Alex skipper.

The dangerous Jayden Stockley twice went close for the visitors before the seven minute mark. First, he dragged a shot wide of the far post from the right, before he went through on goal, with Perry Ng then covering to make a fine tackle to prevent the striker.

Crewe started the game extremely well, playing clever passes with gusto and endeavour, and it was another sweeping move that gave Lowery the chance to shoot from 20-yards. Green passed inside to the midfielder, who steadied to shoot – but saw his effort fly well over the top.

McKirdy whacked a 25-yarder on 21 minutes that took a deflection & fizzed wide after a speedy break, but then the contest entered a quieter patch as the Grecians began to gain more of a foothold.

Ryan Harley’s 32nd minute, 25-yard strike became the final chance for either side to end the first period, but it whistled a few yards over the ball following a second phase from a corner.

Exeter came tarring out the blocks second period & the Alex goal lived a charmed life for the opening third of the half.

Stockley poked out a leg to divert a 55th minute cross from the left wing wide, with The Alex camped inside the defensive third, but they stood firm to weather the storm.

The introduction of Bowery on for McKirdy on 68 minutes helped to turn the tide for Crewe, with the more physical Bowery providing an out-ball for the defence.

The game remained closely fought and looked to be heading towards a 0-0 draw, but Miller ghosted in to flick home a goal that looked to have won it late for The Alex.

Kirk fed Pickering down the left & Harry put a fabulous low ball across the face for Shaun to tuck home at the near post.

That sparked wild scenes from the home fans, but what followed left heads in hands on the final whistle.

As the game ticked into stoppage time, a ball pumped into the box caused panic stations in the Alex defence, with Grecians defender Moore-Taylor eventually profiting from pinball to smash home an equaliser.

If that was unbelievable, what followed that beggared belief. Even deeper into stoppage time, 95th minute to be precise, a Grecians man escaped down the right and put in a deep cross that found an unmarked Stockley at the back post to plant the header past Garratt and win the game 2-1.

This was an evening where The Alex snatched defeat from the jaws of victory.

Crewe Alexandra take on Exeter City at The Alexandra Stadium tonight (Tuesday) looking to make it back-to-back home wins in a matter of four days.

Victory over Colchester on Saturday restored a six-point gap above the bottom two, and with only three fixtures in League Two this midweek, The Alex have the opportunity to extend that advantage with three points against the Grecians.

The match is rescheduled from the original 6 January date after Exeter participated in the FA Cup Third Round.

Tickets for the vital match-up are available now from the ticket office in person and over the phone, call 01270 252610 to book yours & avoid the queues on match day.