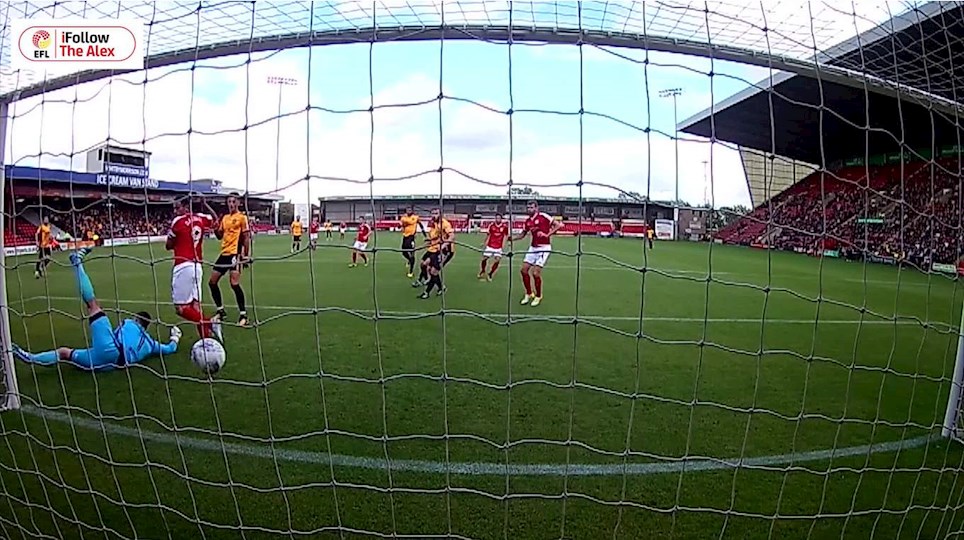 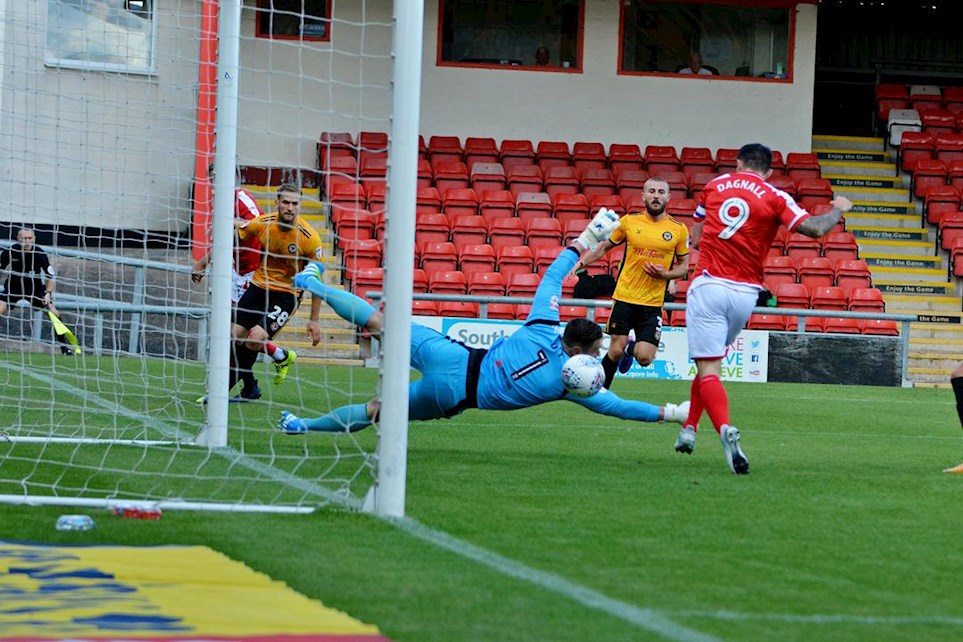 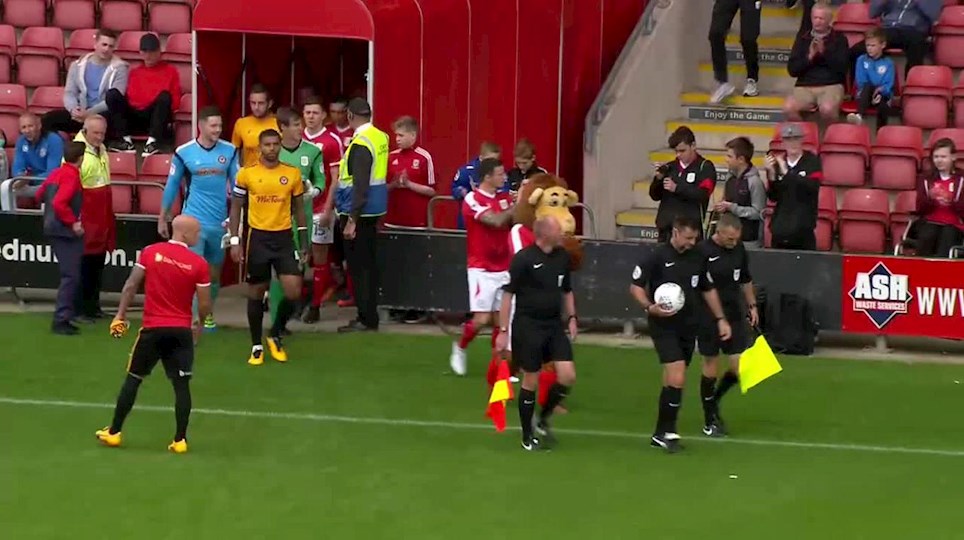 Ten-man Crewe battled to an impressive 1-1 draw at Gresty Road against a rough and tumble Newport County side.

After Frank Nouble had given The Exiles a 12th minute lead, Crewe's Perry Ng was sent off on 16 minutes for a second booking for a late foul - having already been booked for a shirt tug in the early stages.

Despite the double set-back, Chris Dagnall steered in the equaliser a minute later thanks to magical footwork & cross from Man of the Match George Cooper - & that's the way it stayed as The Alex dug in & ground out an impressive point.

Boss Dave Artell made one change to the side that began the season with a draw against Mansfield & a defeat to Bolton in the Carabao Cup, Harry Pickering coming in for Callum Ainley in a change of formation from 5-3-2 to 4-3-3.

The Alex started the game on the front foot, but were stunned on 12 minutes when the visitors took the lead through Frank Nouble.

The striker pounced on the loose ball to fire home from inside the six-yard box after Ben Garratt pulled off a magnificent close range save from Nouble’s strike partner Shawn McCoulsky.

The damage was made significantly worse to Crewe on 16 minutes when Perry Ng was given his marching orders by referee Mr Ilderton for a late challenge to scoop his second yellow card, having earlier been booked for a shirt tugging offence.

With Crewe down to ten and 1-0 down, things looked bleak, but a minute after the sending off the scores were level thanks to the glitz & glamour of George Cooper, and the predatory instinct of Dagnall.

Cooper showed dancing feet down the right-hand flank to get past two County defenders & get to the by-line, before sliding across goal for Dagnall to steer home.

During the remainder of the first period, rather than being made to pay for the man disadvantage, The Alex gave as good as they got, despite relying on Garratt to make a fine save from the unmarked Ben White on 37 minutes. The defender volleyed an effort from the centre of goal from a cross, but Garratt stood up well to beat away.

The Alex had a chance of their own to go ahead two minutes later, the unplayable Cooper leaving two Newport defenders in his wake as he danced into the box before curled an effort just over the bar, before the chance of the game went begging on the stroke of the break.

Cooper again did magnificently to get to the by-line & fire low across goal for Chris Porter to seemingly tap home, but the striker slipped & his shot deflected off a County defender & onto the post.

County boss Mike Flynn must have given his side a roasting at half-time, as The Exiles emerged a different beast in the second period, penning Crewe back inside the last third as they began to make the man advantage tell.

Within the 20 minutes of the second period, Garratt hand to be on hand to beat away Matt Dolan’s 25-yard free kick & Sean Rigg’s low drive, whilst Michael Raynes provided a fantastic block to deny the advancing Nouble.

The Alex gained a foothold on the 70 minute mark, Porter bringing a cross down well & setting up Ryan Wintle who drove a shot from just outside the box marginally wide of the post.

Straight up the other end & County came close again, substitute Lamar Reynolds striking from just inside the box, with his shot taking a deflection & bouncing just wide of the post.

As the game drew to a close, the Crewe ten dug in & battled harder & could've won it injury time when Porter's diving header flew agonising wide from a Callum Ainley corner but it ended 1-1.