1. Tickets are issued subject to the rules and regulations of FIFA, UEFA, The Football Association, The FA Premier League and The EFL in respect of the relevant competition and Crewe Alexandra F.C. Ground Regulations.

2. No person may bring into the Stadium or use within the Stadium any equipment which is capable of recording or transmitting (by digital or other means) any audio, visual or audio-visual material or any information or data in relation to a match or the Stadium.

3. Mobile telephones are permitted within the Stadium provided that they are used for personal and private use only.

5. Season tickets are only valid for the 23 Football League home matches. Pre-season friendlies, cup games are NOT included.

6. Dates and times of kick-off will be announced in either the local press, the club match day programme or on the club’s Official Website and may be altered at short notice. It is the responsibility of the ticket holder to ascertain the date of any postponed or re-arranged matches.

7. The club cannot, under any circumstances, accept responsibility whatsoever for season ticket cards lost, damaged or stolen and an administration fee of £5 will be charged to replace the card.

8. Season ticket cards must be available for inspection at any time.

9. Season tickets may not be resold or lent for value by season ticket holders under any circumstances.

11. The club reserves the right to move any season ticket holders or Guests in the Bluebell Family Stand to any other part of the Stadium if this stand is required to accommodate a large away following . We would like to thank all supporters in advance for your understanding and apologise for any inconvenience this may cause

12. A Family Season ticket consists of One Adult and One under 11. The club reserves the right to withdraw and Under 11 season ticket which is not adequately utilised.

14. Racial abuse, chanting or harassment is strictly forbidden and will result in arrest and/or ejection from the ground. Your season ticket will also be withdrawn without refund.

16. Season tickets are non-refundable. Any refunds that are issued are done so entirely at the discretion of the club. Refund values will be calculated on a pro-rata basis based on the casual ticket value.

17. No refund will be given on any match ticket unless it is received by Crewe Alexandra F.C. at least 24 hours prior to the advertised kick-off time.

22. Supporters with disabilities or impairments: Your season ticket cards are only valid when the registered supporters with access requirements attend the game. The personal assistant card will be invalid if you do not attend and they will be refused admittance. The PA is admitted free of charge and therefore is responsible for the care and assistance of the supporter with access requirements and not there specifically to watch the match. 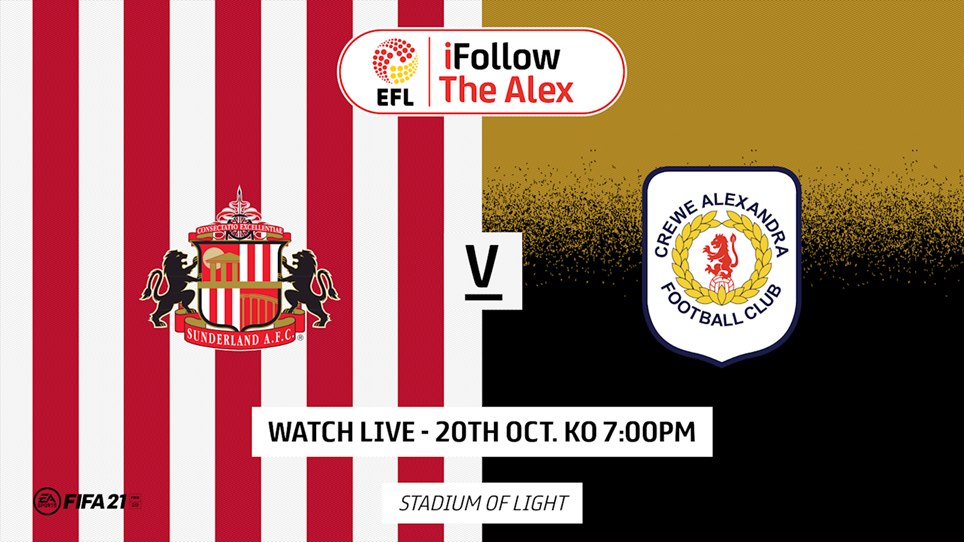 Watch Sunderland Vs The Alex Live On iFollow 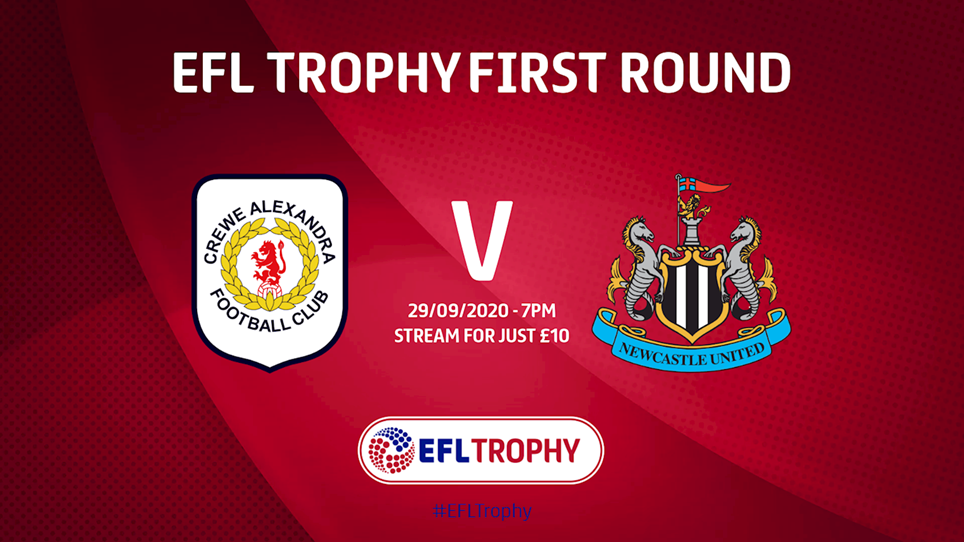 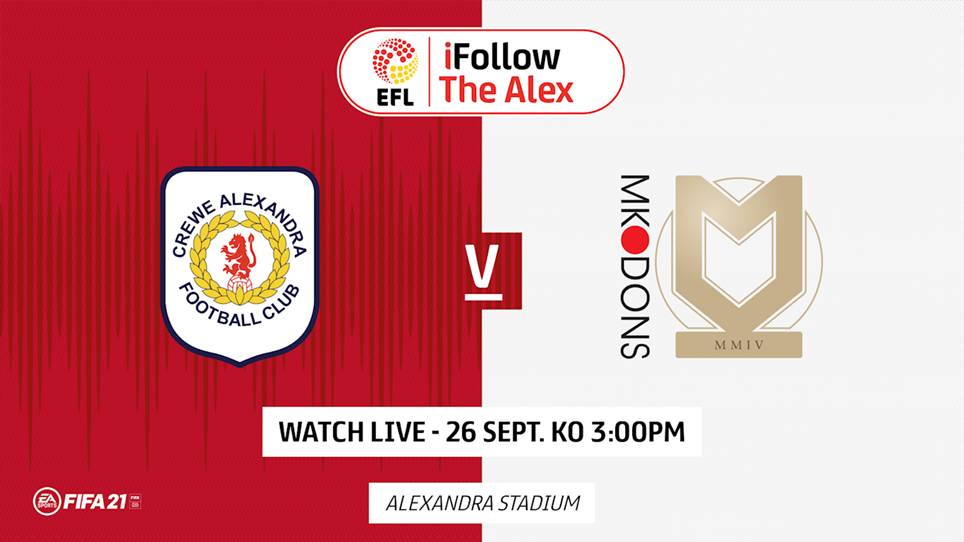 iFollow: Watch The Reds Take On MK Dons For £10 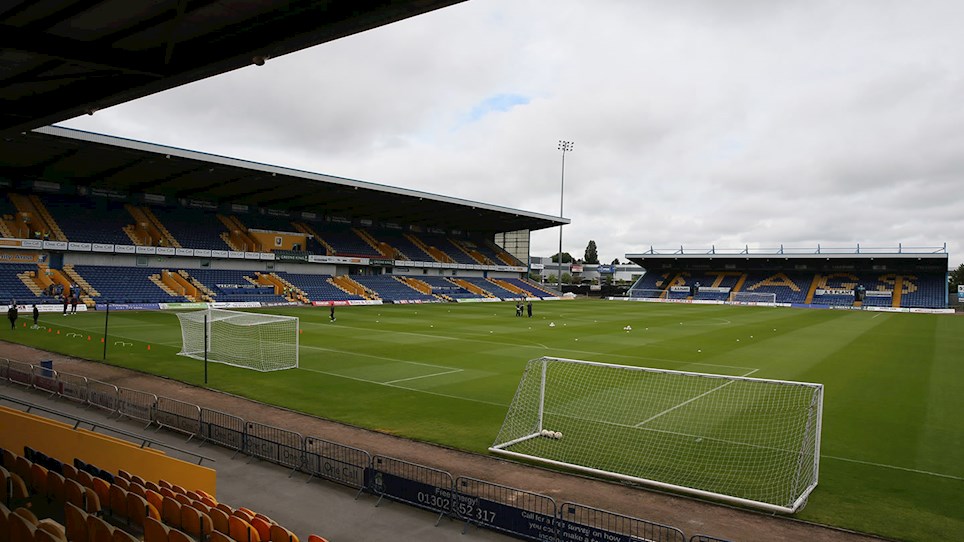