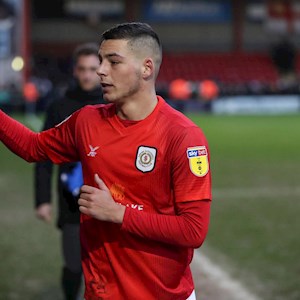 Stephen Walker joined Crewe Alexandra in the Winter transfer window of the 2019/20 season on loan from Middlesbrough FC.

The youngster has represented England at three different youth levels including his most recent stint with the under-19's. Walker scored a hat-trick against Macedonia giving him a record of six goals in nine appearances.

At club level, Walker has made seven appearances for both his parent club Middlesbrough and on a loan spell with MK Dons in the 2018/19 season where he achieved promotion from the Football League 2.