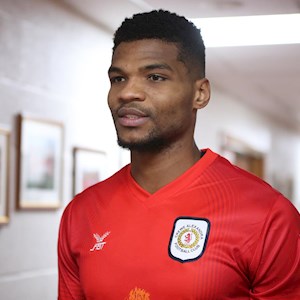 Michael Nottingham joined Crewe Alexandra in the Winter transfer window amidst a defensive injury crisis at the club. The 30 year old centre-back was loaned from League One side Blackpool FC.

Nottingham would immediately be introduced to the first-team debuting in a 1-0 home win against Cheltenham Town.

The Birmingham born defender would earn promotion with both Solihull Moors and Salford City in the National League North and National League respectively. In both seasons Nottingham would pick up the Supporters' Player of the Season award.

Despite playing at centre-back, Nottingham has scored 31 goals since 2013.