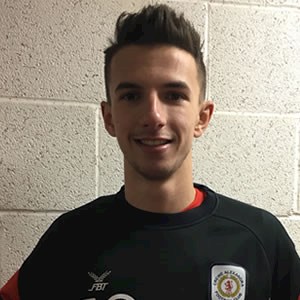 In On Loan
from Newcastle United

Barlaser joined Crewe on loan from Newcastle United in January 2018 on a deal until the end of the season.

A former England U18 international, Barlaser has played four times for the Magpies so far this season, appearing in the EFL Cup & three times in the Checkatrade Trophy, including 90 minutes in Newcastle's victory over Crewe at Gresty Road in August.

Having graduated through the academy ranks at St James Park, the highly-rated prospect also played twice for the Club last season, both in the FA Cup against Birmingham & Oxford.

This move represents Barlaser's first loan away from Newcastle & he made his Alex debut off the bench in a 3-2 defeat to Wycombe Wanderers on 20 January.