Crewe Alexandra returned to league action in terrific style by hitting Darwen Women for six! Two goals each from Laura Garner and Amanda Fallon, with Beth Ragdale and Shanice Finbow getting the others completed the hammering for the home side.
The Alex were without Beth Grice (hamstring) and Cerys Griffin (suspension) for their league fixture but this didn't stop them from racing out of the blocks and taking the lead just three minutes in. Laura Garner dispossessed the Darwen keeper as she took a bad touch and found the net from the edge of the area. Four minutes later it was two as Beth Ragdale finished superbly to double the home's side lead. Ragdale was involved in the next goal as she flicked on the free-kick to Fallon who finished from close-range.
The biggest disappointment of the afternoon came when Emilia Edwards was forced off as she was on the end of a late tackle leaving the coaching staff worried for upcoming games.
Despite the dominance in score line there wasn't much between the two sides, however Crewe were just more clinical with their finishes..
The second half saw Crewe regain complete control of the game again and they were rewarded with a fourth as Laura Garner helped herself to a second for the day finishing a cross supplied by Fallon.
Moments after the restart, Crewe scored again as Shanice Finbow headed a delightful delivery from Garner into the roof of the goal. The away side denied Crewe of a clean sheet with a superb strike from distance on 66 minutes. Rounding off a fine display on her return Fallon latched on to Gemma Brough's defence splitting pass to make it six.
Speaking in his post-match press conference, Head Coach, Matt Fisher: "The girls were class. The results in recent weeks have been hard to take but the girls haven't let that worry them and have continued to train really hard and I think they showed that with arguably their best performance of the season." 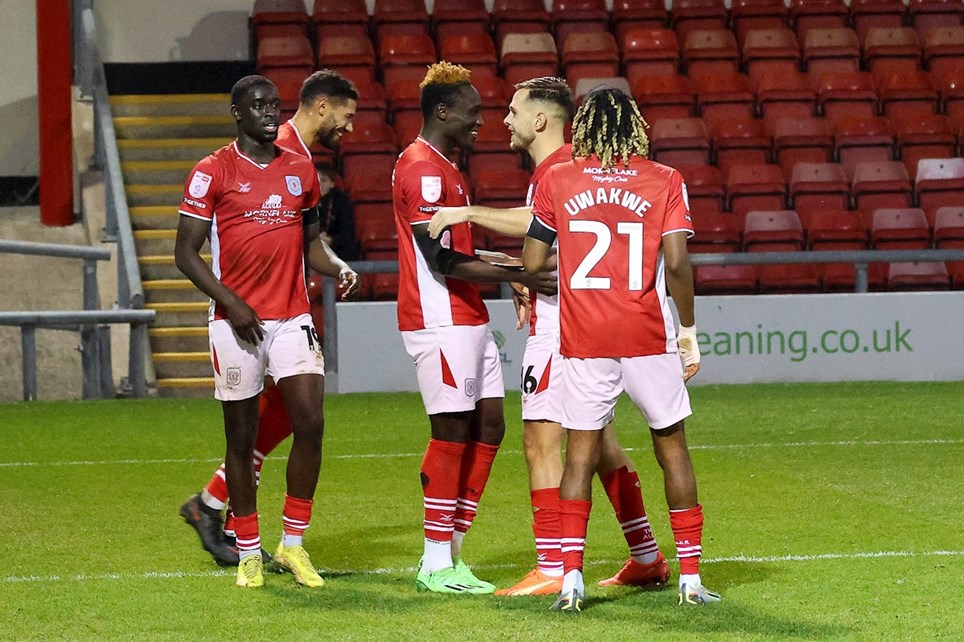