Midfielder King made his bow for The Railwaymen after joining on loan from Cardiff City earlier in the week, while Arsenal man Okonkwo kept his third clean sheet for the club.

Morris said: “It was a sensational debut from Eli. We know he’s a good footballer but what we’ve also got is an incredible athlete.

“Him and Conor Thomas, as a pair, will probably cover more distance than any other pair in this league.

“They are outstanding athletes who can play. They formed a really good partnership in terms of providing a screen to the back four; they can get on the front foot and win the ball back, and I’m sure that partnership with grow.

“Eli is such a level-headed boy and we had no reservations about throwing him in straight away.” 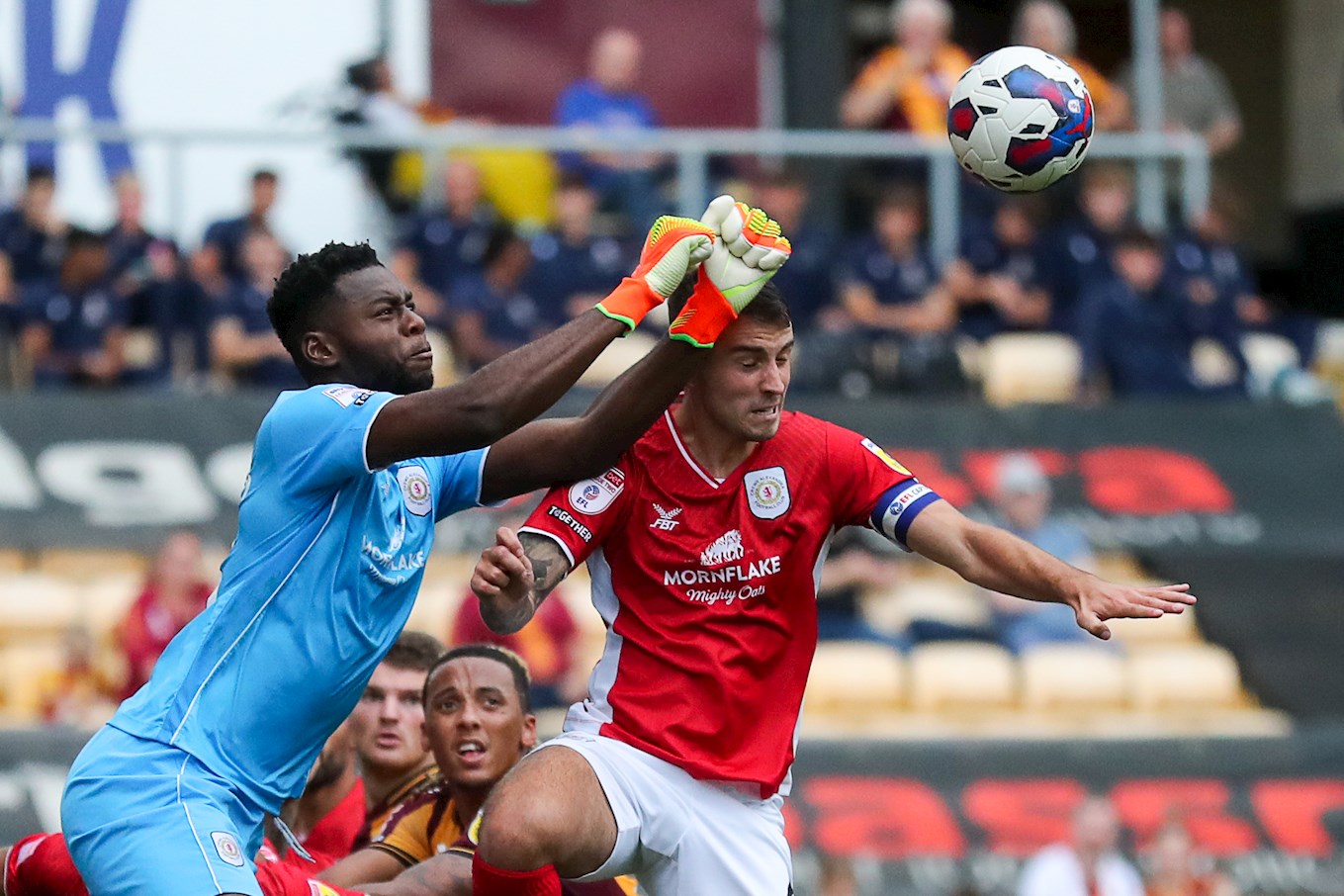 He added: “Arthur will get better and better. He has got some incredible attributes, but if anyone thought he wouldn’t have a few wobbles and mistakes in his first few games, they were always likely to be mistaken.

“That’s going to happen, it’s a natural thing we have seen many times with our own academy graduates.

“Young players need to be given time and you have to stick with them, because they like to be backed and trusted and that’s bearing fruit with Arthur.”