A first-half strike from Conor McAleny and a second-half brace from Brandon Thomas-Asante earned the home side maximum return.

Alex Morris’s men had to play for more than an hour with 10 men in searing hot conditions, after Bassala Sambou was given his marching orders for his part in an off-the-ball incident.

It was a long and difficult afternoon for the side, as hopes of making it three wins to start a season for the first time in 48 years evaporated.

Now they must lick their wounds and prepare for the visit of Sutton United on Tuesday (7.45pm).

Morris made one enforced change to the side that beat Harrogate 3-0 last time out in the league, with Billy Sass Davies coming into the heart of defence for the injured Rod McDonald (groin).

The Alex forged the first big chance of the game on eight minutes, when they won the ball high up the pitch and Tariq Uwakwe crossed for Dan Agyei – only for the unmarked striker to nod wide.

But in their first real attack, Salford hit the front on 18 minutes when McAleny raced through on goal. The Crewe defenders looked for an offside flag but it never came, and the City man found the net despite the efforts of keeper Arthur Okonkwo.

The game changed just after the half-hour mark when an off-the-ball incident involving Theo Vassell and Sambou resulted in the Crewe man being shown a straight red card.

Callum Hendry rattled the woodwork from range, and Thomas-Asante headed wide from a great position and saw a close-range effort blocked by Okonkwo, as the home side looked to press their advantage before the break.

Salford made it 2-0 five minutes after the restart when Thomas-Asante let fly from outside the area and his low effort found the bottom corner.

And it was three shortly afterwards when Ibou Touray got down the left and his low cross was poked into the roof of the net by Thomas-Asante. 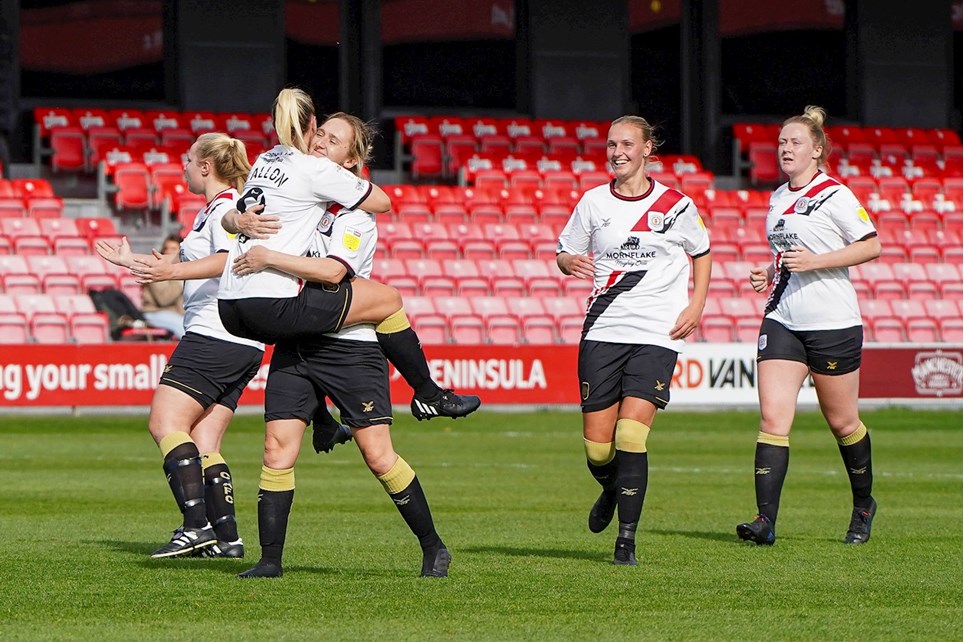