Alex Morris says back-to-back victories have given everybody at Crewe Alexandra confidence that they are going about things in the right way.

Goals from Dan Agyei, Kelvin Mellow and Courtney Baker-Richardson earned The Railwaymen a 3-0 victory in their first ever meeting with Harrogate Town.

That came on the back of a 2-1 opening day success at Rochdale, meaning Crewe have started a campaign with six points for the first time since 1994-95.

The manager admitted he was shocked to learn it had been 28 years since the Alex had managed such a strong start, but feels there is still more to come from his side.

Alex said: "I couldn’t believe that stat. When you think of all the outstanding teams and outstanding players we’ve had over 28 years, to have not won the first two fixtures of any season is mind-blowing really.

"To have broken that duck is satisfying because it shows we are going in the right direction.

"There are loads and loads of things to improve on but we couldn’t have asked for much more than two wins in the first two games."

He added: "I thought we showed two sides to our game. We were good in an attacking sense for periods of the first half, not as often as I’d have liked but you don’t always get things your own way – the opposition come here to make it difficult.

"Ultimately, for all the territory and possession we had up the pitch, the first two goals came from set-plays which was pleasing because we want that to be a weapon in our armoury this year.

"In the second half we closed the game down really well, much more comfortably than we did last week. Everybody contributed with their roles and responsibilities around the pitch and when you get 11 players doing that, you can get positive results."

Crewe enjoyed 2-1 wins over York and Wigan in August 1994, with goals coming from Steve Macauley (2), Steve Garvey and Ashley Ward. 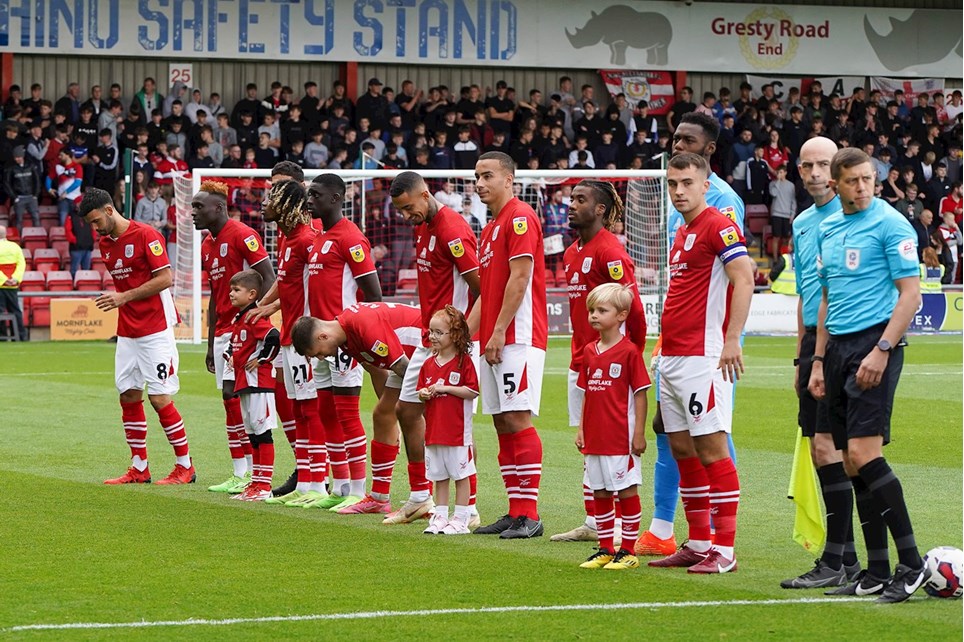