The third instalment of the monthly Crewe Alexandra magazine Inside Crewe is out now.

Replacing the matchday programme, Inside Crewe brings you completely exclusive interviews, in-depth features, and unrivalled access to give readers a deeper understanding of the people and the practices which make our club so special.

With a strong focus on our famous academy and behind-the-scenes insights into all areas of Crewe Alexandra, the first two editions proved a huge hit with fans, and we are delighted to announce the third edition again delivers a new dimension of supporter experience not available anywhere else.

The September edition of Inside Crewe includes:

We are also happy to provide the opportunity to subscribe to Inside Crewe, which includes FREE postage to your home. New subscriptions received before September 23 will begin with edition four in October. Payment will be taken on the first day of each month. 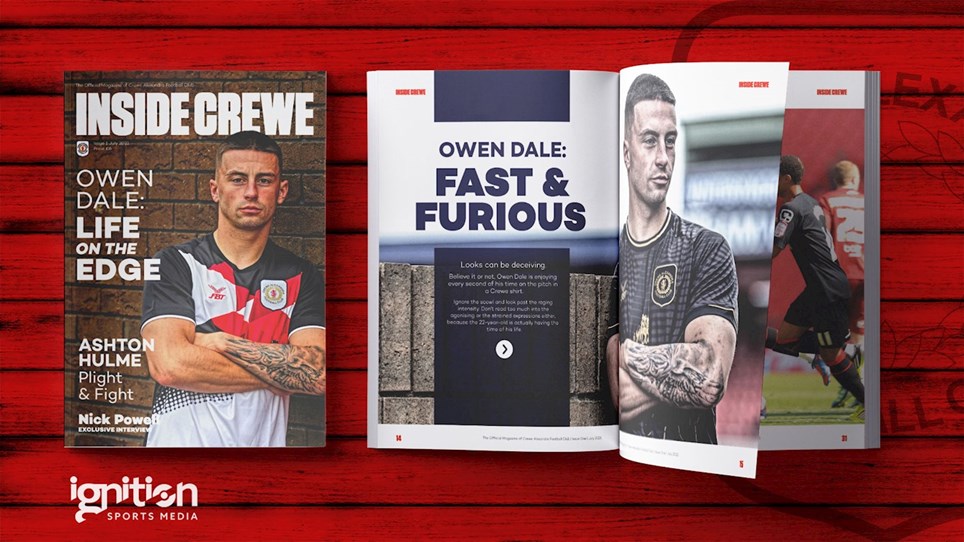 Boss: "I've Learned To Cope Better With The Frustration"


Artell says he has faced adversity before and we will come through it again.