A Bostwick own goal and a late sealer from J'Neil Bennett gives Crewe first deserved win.

Crewe Alexandra deservedly recorded their first league win of the season with a really hard fought 2-0 win over Burton Albion. J’Neil Bennett’s directness from the left flank proved the difference with the on-loan youngster from Tottenham forcing home the first goal via a deflected own goal after 10 minutes and then killing the game off with a forceful run and finish with just three minutes left.

The Alex had periods in the game where we had to stand firm and defend our box and had Will Jaaskelainen to thank for keeping us 1-0 ahead when he made a fantastic save to deny Kane Hemmings equalising with his head just before the hour mark.

Burton’s hopes of getting something from the game decreased when they had Charlie Lakin sent off for two bookable offences.

Callum Ainley returned to the starting line-up for the visit of Burton Albion this afternoon. The attacking midfielder came into the side as David Artell reverted back to a 4-3-3 formation. Defender Luke Offord was the unfortunate one to miss out with Terell Thomas and Donervon Daniels partnering at the back.

New signings, Scott Robertson, Scott Kashket and J’Neil Bennett all started to mark their home debuts for the club.

The visitors’ named former Alex players, Ben Garratt and John Brayford, in their starting line-up. Brayford captained Jimmy Floyd Hasselbaink’s side on his return to Crewe.

Charlie Lakin set the tone with a high tackle on Ainley inside two minutes. The Burton man was cautioned by referee Joyce after sending the Alex man sprawling into the air.

Crewe’s positive start to the game nearly resulted in the opening goal two minutes later. Murphy clipped a cross to the far post and Mandron won the header to knock it down into a crowded penalty area and Kashket’s initial shot was blocked and then Ainley was denied in the follow up. The Alex had to settle for a corner rather than the first goal.

Burton were a threat with their hard working trio of Chapman, Hemmings and Akins. Hemming had a deflected effort blocked before Thomas did well to deny the busy Chapman.

It was a frantic start to the game, played in a superb atmosphere, and our bright start was rewarded with the opening goal after 10 minutes. Ainley spun away in our half of the pitch and chose the right moment to feed the on-loan Bennett. He was eager to get enough space to get a shot off and when he grasped the opportunity his shot took a deflection off a Burton body to deceive our former goalkeeper Garratt. It was the perfect way to mark his home debut in front of the home support but the goal would go down as a Bostwick own goal.

Burton tried to reply almost immediately. Daniels made a fantastic block on Hemmings and Crewe continued to defend our box well with both centre-halves excelling in the air and on the floor. The Alex needed to avoid conceding the cheap free-kicks and long throw-ins.

Kashket put in the hard yards down the right flanks and he was just crowded out close to the by-line after playing an interchange of passing with Mandron. The movement was good and Bennett had another shot blocked and shot straight at a well placed Garratt as he went in search of a second.

The excellent Robertson was hauled down twice by Borthwick Jackson so he was booked and then Hemmings was booked for catching Daniels as he cleared up the pitch. It was never that sort of game either.

Kashket went close again with an inventive flick inside the six yard box after Ramsay and Ainley combined again down the right hand side.

Burton nearly forced home an equaliser on 36 minutes after a long throw eventually dropped for Cameron Borthwick Jackson on the volley and it needed a fantastic save from Jaaskelainen and follow up block from Rio Adebisi to deny Chapman a tap in from the rebound.

The first half ended with six minutes of stoppage time and another chance for Lakin after good wing play from Smith when taking on Adebisi for pace. Lakin couldn’t keep his shot under control enough and it sailed wastefully wide. It wouldn’t be his afternoon to say the least.

Burton came out of the blocks second half and put Crewe under some concerted pressure early on. Brayford stole in at a free-kick at the far post and was unfortunate not to make a positive contact and Mandron headed clear.

Murphy was booked for Crewe and from the free-kick, Chapman went close with a dipping effort.

On 58 minutes, Jaaskelainen produced a stunning one handed save to deny Hemmings. He showed great agility to claw his header out. It was a rare occasion that Burton forced the Crewe stopper into a meaningful save. It was a crucial save at an important time of the game.

Crewe looked a threat when we hit the Brewers on the counter-attack. More good work out on the flank by the sponsors Man of the Match, Kashket. His far post cross was kept alive brilliantly by Ainley and his cut back seemed to go through Garratt but didn’t drop to Robertson who was handily placed for a tap in.

The game flipped again with Lakin’s rash challenge on Kashket out on the touchline. It was needless and gave his team more of a mountain to climb. There were 66 minutes gone and Burton were very much in the game.

To freshen things up Hasselbaink changed his front line with Chapman and Hemmings being replaced by Jebbison and Powell.

Crewe made a couple of changes of their own too with Thomas and Murphy picking up knocks and being forced off for Offord and Lundstram.

It was still a tight affair and an acrobatic effort from Shaughnessy saw the Alex goalkeeper well placed again to make the save.

With just the one goal in it though, Crewe needed another and it duly arrived on 87 minutes. Substitute Lundstram hit a tempting pass in behind and Bennett raced onto the ball. Although he had two defenders to content his directness saw him cut inside and fire low past Garratt for the killer second goal. 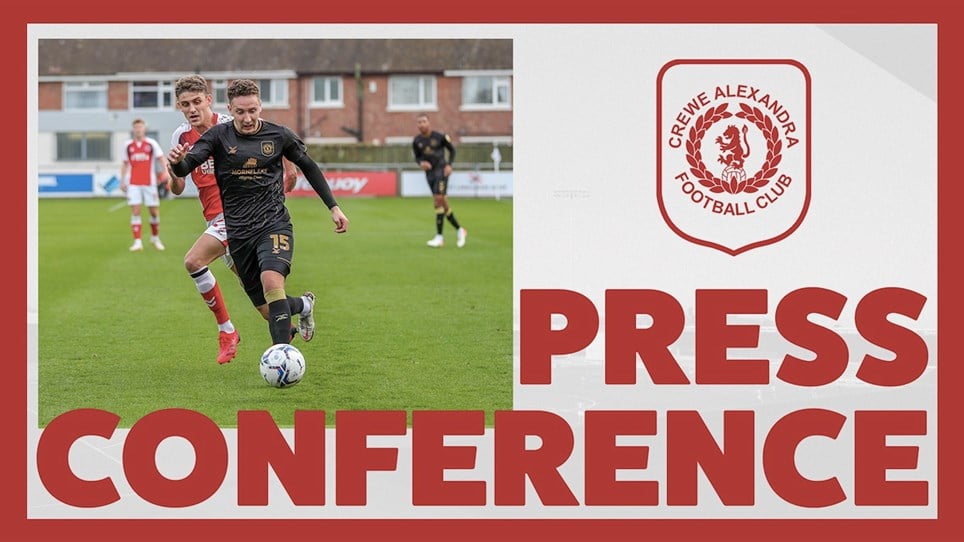 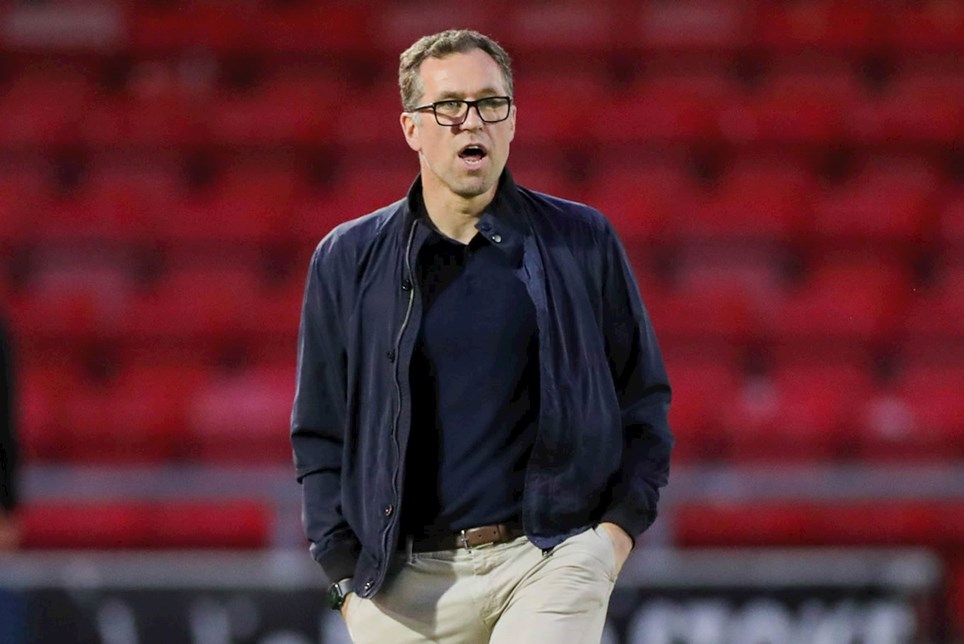 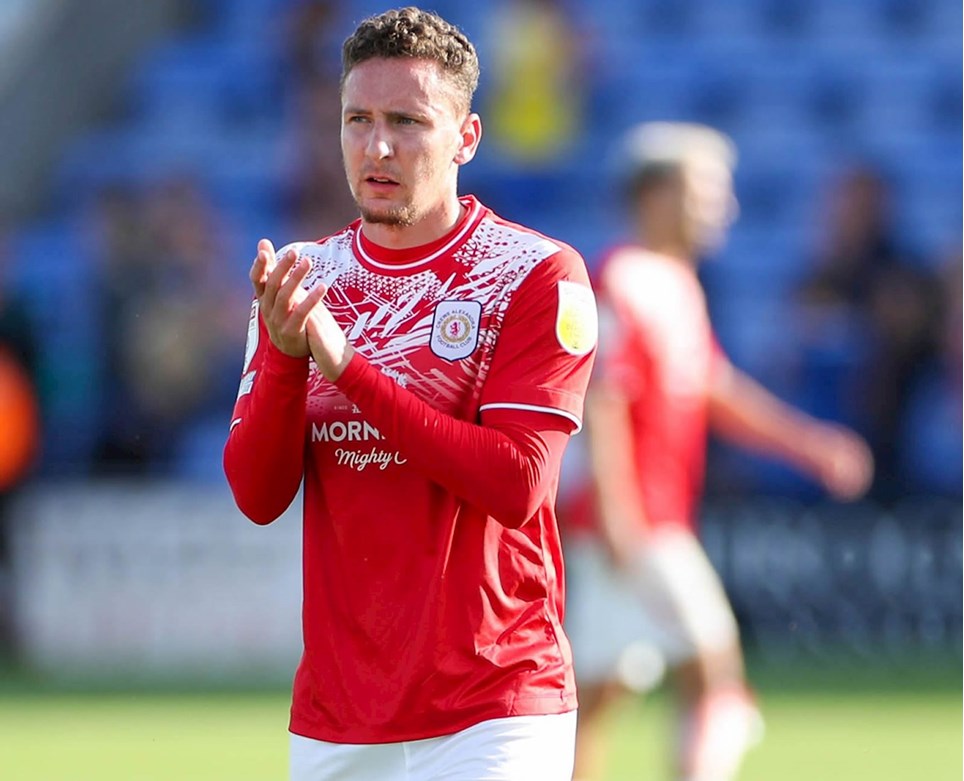