Stephen Walker sprung from the Crewe Alexandra bench this evening to see him score his first goal of his second loan spell with the club and in turn secure David Artell’s side a deserved point at Bloomfield Road.

After breaking the offside trap in the 86th minute, the on-loan youngster from Middlesbrough, took a long ball from fellow substitute Rio Adebisi before dispatching his low shot past a helpless Chris Maxwell.

Crewe had started brightly against the Seasiders and Mikael Mandron had a goal chalked off for offside. Chris Porter also had a dipping volley pushed out by Maxwell and he screwed another effort just wide before the home side took the lead just before the half an hour mark via a corner routine. Their defender Dan Ballard headed in from close range and that had Crewe chasing the game.

The stage was set up for Walker’s late entrance to see the points shared.

After picking up a late knock against Sunderland at the weekend, Luke Murphy sat this one out. With the experienced midfielder missing, loanee Antony Evans came in for his third appearance for the club. There was also a promotion to the bench for youngster Regan Griffiths.

The other change in the squad of 18 saw Rio Adebisi return to the substitutes’ bench for fellow youngster, Rio Adebisi.

Former Crewe man Ollie Turton started on the bench for the Seasiders but our former loanee, Kevin Stewart, started for Neil Critchley’s side.

The game at Bloomfield Road began at a frantic pace, especially when the Blackpool defender Jordan Thorniley gifted Mikael Mandron with possession almost from the kick-off. Crewe failed to take full advantage as we broke in numbers. It would have been some start in the opening seconds!

The first genuine chance arrived in the 8th minute and only a stunning save from Chris Maxwell denied Porter a third goal in three games. Evans lifted a wonderful ball over the top and Porter struck a dipping volley that had to be pushed over acrobatically by Maxwell. It was a tremendous effort and equally good save.

The combination play between Mandron and Porter continued and after Porter had intelligently taken down a ball on his chest, he prodded a shot just wide of the left hand post. The Alex number 9 claimed a deflection but a corner was not forthcoming.

Crewe’s bright start continued with Mandron having a tap-in ruled out for a tight offside after full-back Donervon Daniels had found him at the far post. Daniels’ next involvement in attack saw him sweep over a tempting cross for Porter to attack with his head. He got a good enough contact on it but it bounced the wrong side of the post.

David Artell’s side had certainly taken the attacking intent to the home side and looked the more likely side to break the deadlock in the first half of the first half.

Evans and Kirk found themselves in pockets of space and continuously aimed to play forward into the front two. Lowery was his busy self and Crewe were impressive in and out of possession. On the half an hour mark, Crewe were dealt an early blow when Daniels was forced off through injury. He had to be replaced by Adebisi.

Blackpool’s first real attempt on goal came a couple of minutes later with Ellis Simms cleverly using his body to get in behind Wood but Richards was well positioned to make the save at his near post. Then from a corner, the towering Dan Ballard couldn’t keep his far post header down enough to trouble Richards. It would serve as a warning sign.

On 39 minutes, the home side created another good chance with the overlapping Luke Garbutt firing over a dangerous cross shot that Richards did well to push away and Matty Virtue had his follow up was blocked for a corner. Crewe defended the first corner well enough, but were punished by the second one coming in from the left hand side. Ballard got a run on it and headed in from close range for his first goal for the club.

After all of Crewe’s early enterprise, it was the Seasiders ahead after their best spell in our half of the pitch in the first half.

Crewe had failed to convert chances when we were certainly on top in the game and thanks to that set-piece corner, headed home by Ballard, we went in at the interval trailing.

At the beginning of the second half, a foul by Evans some 20 yards from goal gave Blackpool a shooting chance from a free-kick. Richards constructed a divided wall to invite the full-back to shoot and it worked, as Richards saw clearly to save his low effort.

The Alex were giving away too many free-kicks in and around our box and after we had cleared another one swept in by Garbutt’s left foot, in the second phase of play, Richards stood firm again to make a decent save from Sullat Kaikai after Yates had thrown himself at a cross coming in from Jordan Gabriel.

That was Kaikai’s last real involvement as he was replaced by Demetri Mitchell. CJ Hamilton also came on for Ellis.

Just before the hour mark, there was an injury to the assistant referee and he had to be replaced in his duties by fourth official Martin Woods. The stoppage would result in extended time at the end of the game.

A lovely dummy from Evans in the centre of the pitch, gave Kirk the time and space to find Mandron and after checking back at the edge of the Blackpool penalty area, he returned possession to Kirk but in turn his pass into Lowery was a touch over hit. An encouraging move came to nothing.

Crewe continued to probe and began to regain some control in the game. We had to be patient with our build up play, as was Blackpool’s organisation under Critchley.

With 20 minutes remaining, Artell changed the dynamic of our attack by replacing the taller Mandron for the quicker Dale. Crewe tried something different to get the pace of Dale in behind.

Adebisi was well placed to cut out a dangerously low cross from Hamilton and the Blackpool sub didn’t get enough of a contact on Gabriel’s cross moments later. It ran harmlessly through to Richards.

At the other end, Crewe were just lacking that true final ball. There were a few occasions when a switch in play was on but the ball wasn’t accurate enough or was won by the head of a Blackpool defender. Gabriel vs Pickering was an intriguing battle all evening and the Blackpool full-back was booked for a foul on his opposite number.

With 10 minutes left, a Pickering cross presented Adebisi with a free header from no more than six yards out but he couldn’t keep his header down. It was a good chance squandered to equalise.

Crewe lost Evans with fatigue, so Stephen Walker came on. Kirk also made way for Powell for the final exchanges.

The Alex had a lot of the ball but needed to penetrate a stubborn Blackpool defence to force an equaliser.

With four minutes remaining, that real quality arrived. Adebisi hit a wonderful ball over the top and Walker had timed his run to perfection to beat the offside trap. He got a bouncing ball under his spell before dispatching a wonderful strike past Maxwell for a deserved equaliser.

With the Alex finishing strongly, we, rather than Blackpool, welcomed the extra ten minutes of injury time. Powell dragged a shot wide of the target after a powerful run off the touchline. We looked the more likely side to snatch it.

Powell was also involved with another promising late chance but Dale curled his effort just outside the post from the edge of the box.

Deep into stoppage time, there was a fantastic chance to win it when Wintle broke with real purpose through the centre of the pitch but his final pass couldn’t quite reach Walker for a potential second goal and was intercepted by Ballard. 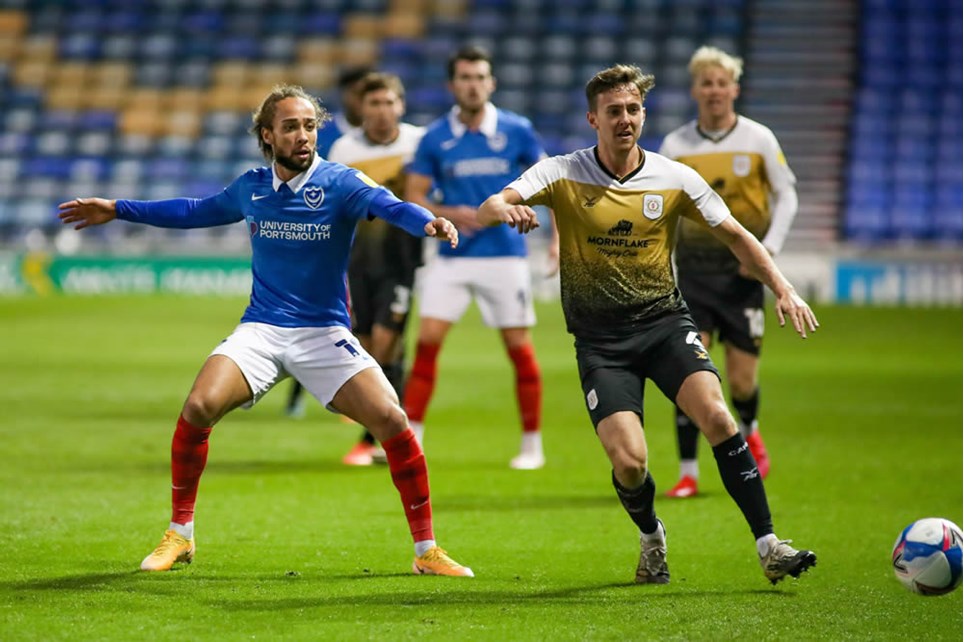