The fifth instalment of the monthly Crewe Alexandra magazine Inside Crewe is out now.

Replacing the matchday programme, Inside Crewe brings you completely exclusive interviews, in-depth features, and unrivalled access to give readers a deeper understanding of the people and the practices which make our club so special.

With a strong focus on our famous academy and behind-the-scenes insights into all areas of Crewe Alexandra, the first three editions proved a huge hit with fans, and we are delighted to announce the fourth edition again delivers a new dimension of supporter experience not available anywhere else.

The November edition of Inside Crewe includes:

Edition five of Inside Crewe, priced £6, is now available in the club shop during normal office hours. It can also be purchased at all sales points within Mornflake Stadium on matchdays against Doncaster (Wednesday, December 1), Lincoln (Tuesday, December 7) and Sheffield Wednesday (Saturday, December 11).

We are also happy to provide the opportunity to subscribe to Inside Crewe, which includes FREE postage to your home. New subscriptions received before November 24 will begin with edition six in December. Payment will be taken on the first day of each month. 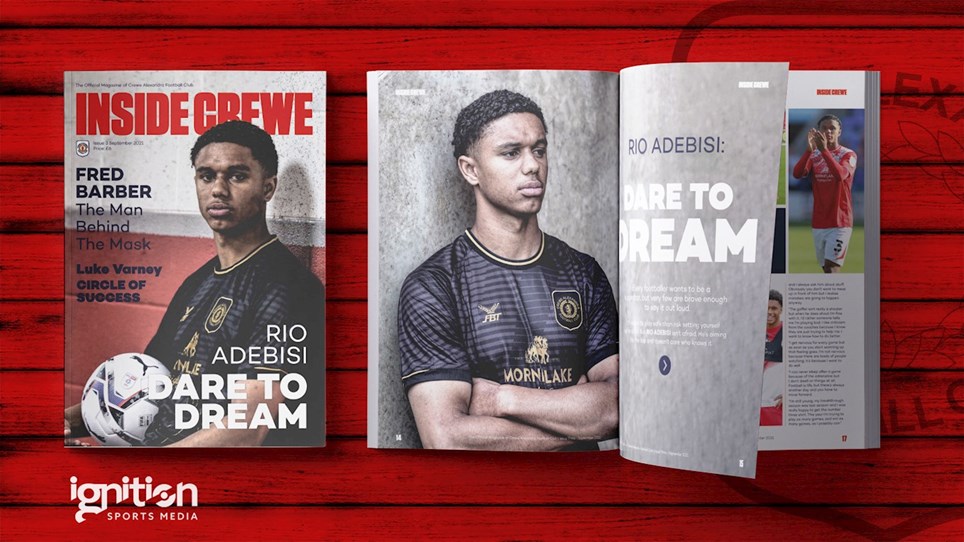 The Third Edition Of Inside Crewe Is Out NOW!

Press Conference: Artell On Potential Incomings, Daniels Heading Out & Getting Back To Our Ways

Artell Hasn't Ruled Out Others Leaving In January

Boss: "Daniels Move Was A Wise One For Everyone'