Plans for this weekend’s local derby against Port Vale had to survive a burst water pipe on the adjacent road to the club’s training ground!

The training ground’s car park and 3G astro-turf was rapidly engulfed with water on Wednesday afternoon which affected our Academy training that night and into Thursday.

There were growing fears that the flood could even spread into the building, as the water continued to rise.

The 3G pitch and the majority of the car park was out of use on Thursday, but the players were able to train on the grass pitch. 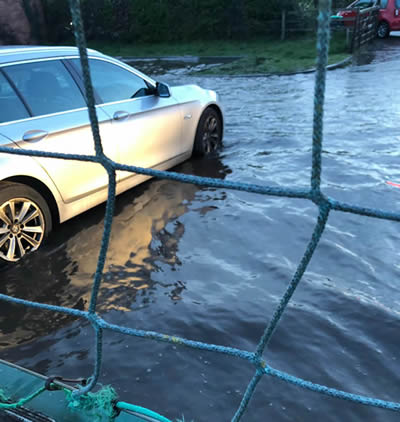