We are delighted to announce that our striker Jordan Bowery has been nominated for the Fans' PFA Bristol Street Motors’ Player of the Month for March. Bowery, 26, has been in exceptional form of late, scoring seven goals in his last eight appearances for the club.

The former Rotherham and Aston Villa man scored four goals last month and his performances have seen the popular striker nominated for the League Two award.

Jordan is up against: 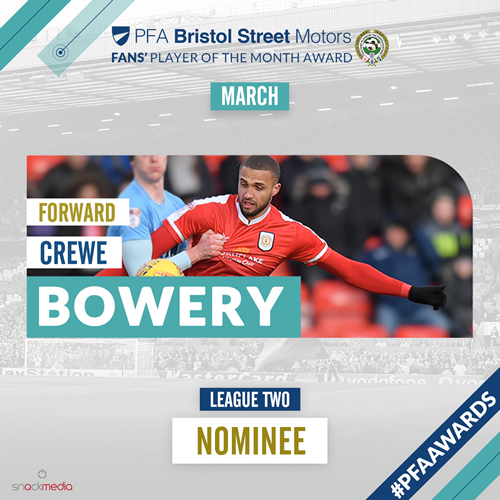