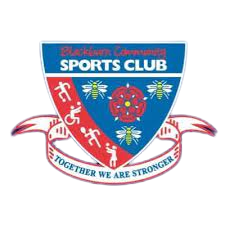 A goal in either half was enough for the Alex to see off Blackburn Community Sports Ladies, with Amanda Fallon and Laura Garner providing the goods.

Crewe were missing a number of players once again with injury problems to Cerys Griffin, Lorna Pearce, and Grace Duckworth, but they were able to welcome back Gemma Brough.
Megan Parker was named in the starting XI for the first time since returning from her scholarship in the USA.
Crewe started the game brightly and came close to opening the scoring after the home keeper fumbled a cross from Emilia Edwards but Garner's effort went wide of the goal from close range.
The Reds took the lead in the 22nd minute when Parker carried the ball from midfield into the final third and she slipped in Emilia Edwards on the right hand side. Her delightful low cross was smashed in from close range by Fallon.
Crewe were in control for the majority of the first half but the hosts managed to get themselves back into the game just before the break. A delivery from wide caused the Alex problems and the Blackburn striker easily steered home.
With both sides now even, the second 45 became more open with chances aplenty. Blackburn should have taken the lead in the 55th minute but Hannah Holloway was quickly out of her goal to thwart the threat.
16-year-old Emma Heath was introduced by Matt Fisher for her second appearance for the club and she started to swing the game back in Crewe's favour.
The Alex were creating chance after chance but that final piece in the jigsaw was missing for the travelling side. Shanice Finbow had to make a superb last ditch tackle to keep the scores even and this set the Reds up for a grandstand finish.
As the game looked to be edging for a draw, Laura Garner won possession 35 yards from goal and struck a screamer of an effort over the keeper, and into the goal with just minutes remaining on the clock.
On the completion of the game, Head Coach, Matt Fisher said: "I am really proud of the players. We didn't move the ball as well as we would of liked and we made some bad decisions in key moments, but we managed to grind out a victory against a very good Blackburn side.
"We showed character and aggression to get the points we needed. Kirsty Stafford was first class in stopping their main threat down the right hand side and to see young Emma Heath grab some more experience was really pleasing.
"She is a real product of what our youth coaches are starting to produce."