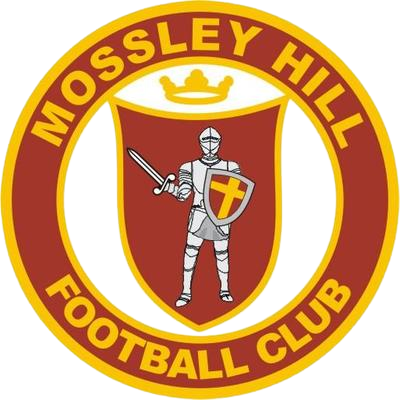 Crewe edge vital clash with Mossley Hill as Megan Booth grabs the only goal of the game on her return to the matchday squad.

It was a trip to Liverpool for the Crewe Alexandra Women this week as they faced Mossley Hill Ladies - the start of three consecutive away fixtures. Head Coach Matt Fisher was able to welcome back Megan Booth, Gemma Brough and Kate Evans who recently returned from injury.

The Alex started well and created a great chance within the first minute, as Beth Grice got onto the end of Megan Parker's pass before forcing an excellent save from the oppositions 'keeper  low down to her post. That partnership struck again in the 7th minute with Grice narrowly missing the target when shooting across goal. The opportunities kept on coming for the Alex, but this time Emilia Edwards couldn't split the two sides as she blazed her effort over the crossbar.

Crewe continued to pile the pressure on Mossley Hill's goal, with Grice and Edwards again failing to capitalise on defensive errors from the home side. More frustration for the away side as the post saved Mossley from conceding before the break.

The second half started much like the first, the Alex women regained control from the whistle, but again failing to not take their chances. In the 60th minute Mossley had their first decent spell of the game. A last ditched tackle from Jess Sheridan was required to keep the scores even, but Mossley failed to create much more after that.
Fisher called upon Edwards to test that Mossley back line and she did just that, providing chances for Grice and then Garner, but unfortunately neither managed to break the deadlock. The Railwaywomen finally managed to get the ball over the white line in the 75th minute, when Grice's looping cross was volleyed home by Booth from closs range to make it 0-1.
The Alex back line managed to stay strong to keep a clean sheet and three valuable points in the closing stages of the game.
Moments after the final whistle, Matt Fisher provided a post-match interview to the Railwaymen Podcast team.
He said: "A decent result with a good performance, I don't think I've ever seen a more one-sided 1-0 victory, but there was a sense of relief in the end.
"We will sit down and analyse at why we missed so many chances. Is it composure in the final third? Is it technique? I'm not quite sure, but we will sort it.
"The priority is now a top two finish, it always has been and it still is now. We know second gets you nothing, but we have to be ready for when Merseyrail drop points. If they don't slip up, we know we've given it our best shot and taken them all the way."
Goalkeeper Hannah Holloway also gave her post-match thoughts after the 1-0 victory over Mossley Hill.
She began with: "I'm very happy with the win and clean sheet. It's been a while since I've had one of those, but that was a brilliant team performance from the girls. I think on another day we put away a few more of those chances.
"We'll take the three points though and prepare for a big game against Wigan Athletic next weekend."