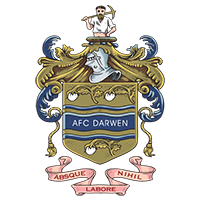 After three weeks without a game due to the weather, Crewe Alexandra Women returned to league action as they faced AFC Darwen Ladies at the Cumberland Arena. Ahead of the fixture, Darwen were one of the two teams to beat The Alex this season in the league, but  this wasn't a revenge mission which was reiterated in the team talk.
Darwen came flying out the blocks and took an early lead within 15 seconds of kick-off. Crewe 'keeper Hannah Holloway was nicked of possession leaving Katie Smith to tap into an empty net.
After falling behind so early, Crewe looked to gain control of the game and equalised on eight minutes through Amanda Fallon. She displayed her goalpoaching skills from close range after the Darwen number one had originally saved a fine effort from Beth Grice. Fallon was involved once again and deservedly grabbed her second of the game. The forward managed her timing to perfection by getting onto the end of a delightful delivery from Laura Garner.
Grice, who was a constant threat all afternoon utilised her burning pace to beat two Darwen defenders before sending a low cross into the box, which was flicked home by Emilia Edwards to make it 3-1 at the break.
The Alex Women carried their momentum from the first half into the second. Two more goals flew in with 50 minutes on the clock. Edwards and Grice were the scorers as Crewe entered into cruise control.
Head Coach, Matt Fisher handed Eve Davenport her long awaited debut on the hour mark replacing the impressive youngster Edwards.
Within minutes of the substitution, Crewe secured their sixth goal on 62 minutes as Gemma Brough played a defence splitting pass through to Grice who lobbed the onrushing goalkeeper for her second of the game.
A comfortable victory for the Alex women in the end after a nervy start, but Fisher's side will now look forward to a trip to Cheadle Town Stingers on Sunday 6 March.