Kicking off at 7pm at Macron Stadium, the Alex will be looking to get back to winning ways after a 3-1 defeat to Barnsley last time out.

The young Bolton side will be looking to extend their recent unbeaten run having won their last four matches.

Both sides reside in the Northern section of the division, with Bolton sitting seventh in the table after last week's 4-1 victory away at Burnley.

Admission will cost £3 for adults and £1 for concessions. 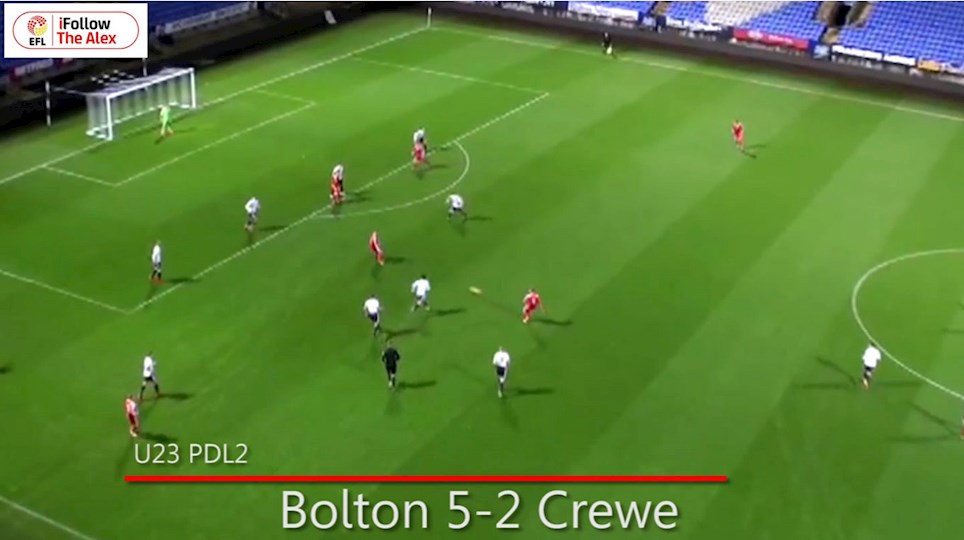 Connor Hall's second hat-trick of the campaign helped Bolton Wanderers Under 23s to victory against Crewe Alexandra at Macron Stadium, making it five wins on the spin for the Whites.

Goals from Oli Finney & Charlie Kirk had Crewe well in the game, but Hall grabbed Wanderers opening three goals before further strikes from Dorian Dervite and Cole Lonsdale took the game away from Alex Morris' side.

Crewe took the lead early on, Ollie Finney curnling in after four minutes.

Lewis Reilly nearly doubled his team’s lead after being put in by a smart ball from Charlie Kirk.

However, Hall netted his first shortly afterwards when he got a touch to a flick-on off Jem Karacan from a Jeff King corner.

Adam Le Fondre - who completed the full 90 - seemed hungry to get on the scoresheet and was just off target after getting his head on a whipped in Harry Brockbank cross.

Wanderers’ attacking efforts were rewarded when Hall notched his second on 36 minutes after powering in a header past Ben Garratt.

The young Wanderers striker got himself on the scoresheet just before the hour mark when he converted from the spot, sending Garratt the wrong way, after Dennis Politic was pole-axed in the box.

Le Fondre went close again as Wanderers pressed for another goal but Alex pulled a goal back to make it 3-2 when Kirk rounded Howard to find the back of the net.

Hall could have had a fourth when he charged into the box only to find the body of the advancing Garratt.

But Wanderers put the result beyond any doubt when Dervite headed home from King’s cross with 11 minutes remaining.

And thenLonsdale unleashed a stunning 25-yard half-volley that sailed beyond Garratt to make it five & make the game safe.