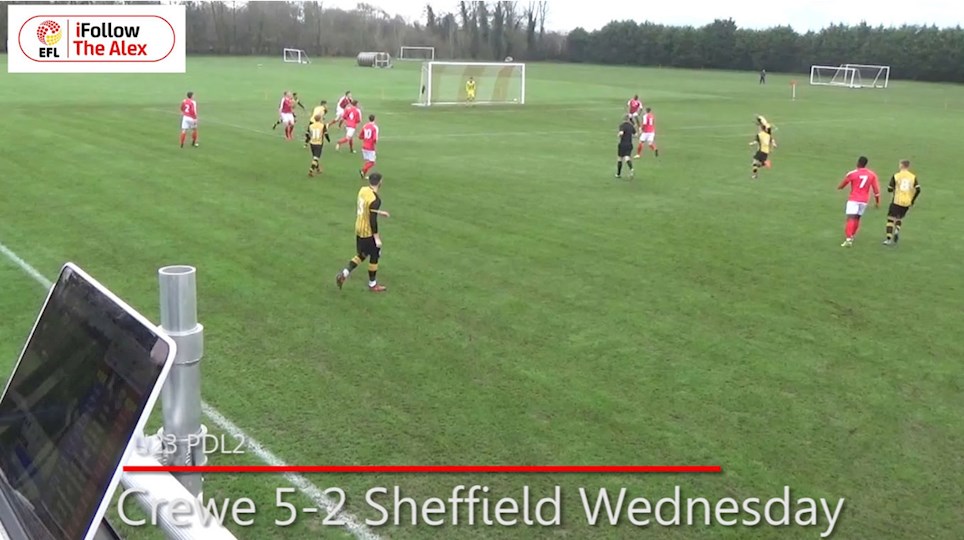 Crewe Alexandra Under 23's recorded an emphatic 5-2 victory over Sheffield Wednesday at Reaseheath, with five different scorers on target.

The Owls took the lead early on before Lewis Reilly & trialist Kieron Glynn had Crewe ahead at half-time. Josh Lundstram, Charlie Kirk & Ollie Finney rounded off the Crewe scoring for the rampant victory with a further Wednesday strike coming in-between.

The visitors made the brighter start and took the lead on four minutes, winger Jack Stobbs volleying into the bottom corner from 12-yards having latched onto Billy Sass-Davies' defensive header.

Crewe struck back on 23 minutes, Finney getting past his man on the right of the 18-yard box & shooting, only to see his right-footed shot saved onto the post by Owls goalkeeper Dan Wallis, but Reilly was first to the rebound to complete the simple task of turning the ball home from two-yards.

The Alex had to rely on Ben Garratt to keep the scores level for much of the remainder of the first half, the stopper making a fine flying save to deny Stobbs before twice thwarting Wednesday on the goal-line to deny Freddie Neilson from point-blank range.

Having weathered that pressure, Crewe took the lead in first-half stoppage time, trialist Glynn pouncing on the loose ball to stroke home after some pinball in the box.

Breathing space arrived in the 53rd minute, Lundstram bulleting a header downwards from a corner that Wallis saved & held - but not before it had crossed the goal-line.

Wednesday didn't give up, putting a spell of pressure on the Alex goal with James Murphy scrambling home for 3-2 after Crewe failed to clear their lines.

As the visitors pushed on for an equaliser, Crewe made the most of the gaps appearing & stretched the advantage 13 minutes from time when Dan Udoh bulldozed down the right wing before slipping inside for Finney, who nudged on for Kirk to stroke a first time shot low into the net.

Finney added the gloss in the 86th minute, racing through on goal & firing in at the near post from Reilly's through ball, with U23 Manager Alex Morris thrilled with his sides work.