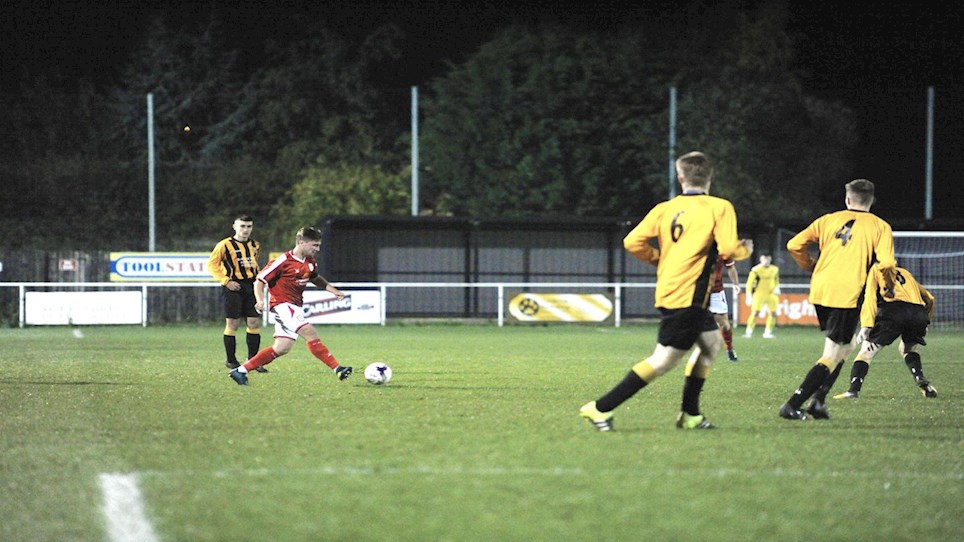 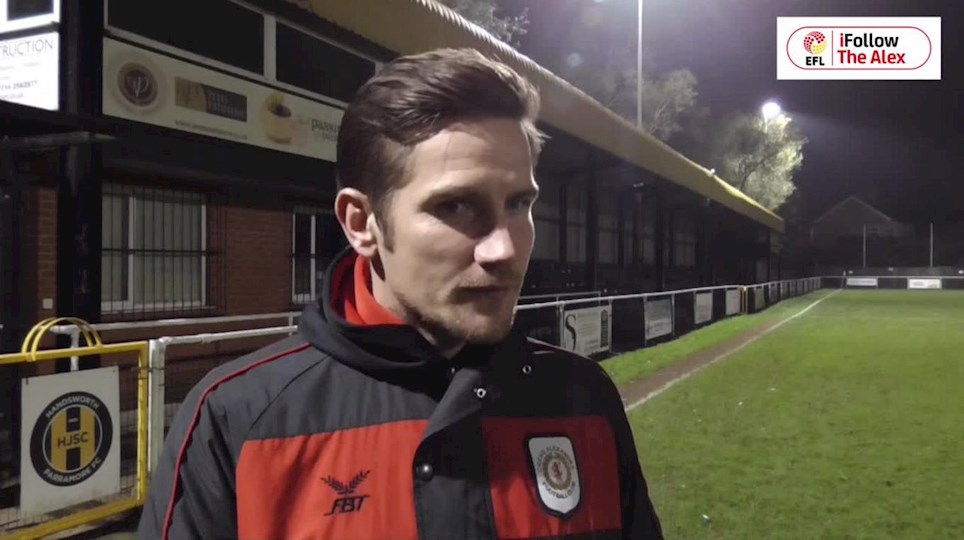 Crewe Alexandra Under 18’s ground out professional second half performance to undo a plucky Handsworth Parramore outfit in an eventual 2-0 FA Youth Cup First Round victory.

The non-leaguers battled bravely & took the Alex in level 0-0 at half-time, but a quick-fire double after the break from Luke Walsh & sub Malachi Linton put Crewe in control for an eventual comfortable victory.

Chances came at a premium in the first 45, with arguably the best opening falling to the Ambers’ number nine Aaron Mushet who raced onto a long ball over the top on the 20 minute mark. With Billy Sass-Davies coming over to pressurise, the striker dragged his 18-yard effort well wide of the far post.

Crewe’s major flashpoints came from the lively Alex Hurst, who twice beat his man & cut inside before rifling shots inches wide of the upright from the edge of the box on two occasions.

Under 18 Manager Lee Bell made two substitutions eight minutes into the second period, & the changes seemed to have an immediate effect with the opening goal arriving just two minutes later.

Walsh took his chance to shoot from distance, making a good connection with the ball zipping goalwards, but home keeper Callum Turner would’ve been disappointed to allow the ball under his body & into the net.

One became two just two minutes later on the 57 mark, sub Linton ramming home at the back post from close range after Hurst did well to get to the left by-line & fire across the face.

The hosts didn’t fold however & excerpted a spell of pressure without really looking like scoring before The Alex’s fitness levels started to tell.

Goalkeeper Turner made amends for the first goal, with the stopper largely responsible for keeping the score down during a heavy five minute spell of pressure from Crewe thanks to a magnificent string of double saves which saw him deny Walsh twice, Linton, Joe Thompson & Alex Hurst from the 73rd minute onwards.

Credit to Handsworth who didn't give up & almost notched a consolation in added on time with Alfie Dodsworth stinging the palms of Will Appleyard with an opportunist effort.

But Crewe had done enough to see the game out & set-up an FA Youth Cup Second Round meeting with Shrewsbury Town after their 3-0 win at Evesham United.

The tie will be played later this month at The Montgomery Waters Meadow.