The Railwaymen will aim to build on their 1-0 win over Crawley Town by making it two wins on the spin for the first time since their opening two fixtures this season.

Meanwhile, the visitors will be intent on making it four games unbeaten in the league.

Mansfield narrowly missed out on promotion to League One last term as they fell to a 3-0 defeat in the Play-Off Final against Port Vale.

In their last league encounter, they picked up all three points in a comprehensive 3-1 success at the expense of Doncaster Rovers.

Nigel Clough has been around the block for many years now, with his vast EFL experience being key to his appointment at Mansfield in November 2020.

Previously, the former Liverpool striker has managed Burton Albion (twice), Derby County and Sheffield United. A high point came in 2015-16 when he took Burton to the Championship.

Lee Bell: “They have an excellent manager, a great guy, he gets his players working for him and his teams play good football.

“They are an honest bunch of players who work hard, skilful with the ball and they will be a really tough opposition (to break down).”

Nigel Clough: “It's another away game, our third on the spin and four in the last five games.

“We’ve played well in those away fixtures and will look to continue that good form – losing Anthony Hartigan is a blow but we’ll work around it and stick another midfielder there.”

Crewe continue to be without Cristopher Long (ankle) and Charlie Colkett (hamstring), though Lachlan Brook could be in contention after recovering from an ankle injury.

Mansfield are expected to be without Anthony Hartigan (dislocated shoulder) and Hiram Boateng (fitness). They have no fresh injury concerns for the trip on Saturday.

Crewe hold the upper hand in the fixtures between both sides, having won on 32 occasions, drawing 20 times.

The Alex are on a three-game unbeaten streak against The Stags, with their last victory coming in March 2019, a 2-1 victory in Nottinghamshire courtesy of an 84th minute Callum Ainley winner.

Martin Woods will be the referee on Saturday, taking charge of an Alex match for the first time. It's only his seventh EFL fixture.

He will be assisted by Gary Hilton and Marvyn Amphlett, with Darren Wilding appointed as fourth official.

Supporters are encouraged to pre-purchase their tickets to avoid any queuing that might may occur before kick-off.

Crewe fans in the UK and around the world can watch the clash with Mansfield live on iFollow.

The Railwaymen were closing in on back-to-back home wins after Courtney Baker-Richardson broke the deadlock with his seventh of the season on 70 minutes.

But Stags sub Will Swan levelled matters in the 87th minute, and Oliver Hawkins grabbed the winner on 93 minutes.

Boss Alex Morris will be frustrated at his side allowing precious points to slip from their grasp.

However, he will now focus on preparing his players for next weekend’s trip to Carlisle United.

Morris made just one change to his side, with Khanya Leshabela making his first league start for the club in place of Eli King, who is away with Wales Under-21s.

Neither keeper was really troubled in a goalless first half. Crewe’s Arthur Okonkwo made a routine stop from a Hawkins header, and Conor Thomas made a super block just as the space opened up for Stephen Quinn, as the visitors looked slightly more likely going forward.

At the other end, headers over the bar from Bassala Sambou and Baker-Richardson were the most threatening Crewe looked in a quiet attacking display.

The second half initially followed a similar pattern. Ollie Clarke headed over a Stephen McLaughlin cross on 50 minutes, and the same player had a sweet half-volley well saved by Okonkwo just after the hour.

But Crewe burst into life on 69 minutes when Dan Agyei raced onto a Tariq Uwakwe pass and rattled a post with the keeper beaten.

And soon afterwards, the hosts conjured the best move of the game when Rod McDonald, Sambou and Agyei combined to tee up Baker-Richardson for a clinical finish from an angle.

The Alex, who had looked solid all afternoon, were pegged back when Swan took a nice touch to open up the space and he buried a shot in the bottom corner.

And Mansfield found a winner when Hawkins steered a header home after meeting a deep cross from the left.

Crewe went desperately close to snatching an equaliser at the death, as sub Rio Adebisi saw a shot blocked and penalty appeals for handball went unheeded by the referee.

But they ran out of time as they tried to recover.

The Reds are getting prepared for their matchup with Mansfield Town on Saturday 24 September, 3pm, at Mornflake Stadium. 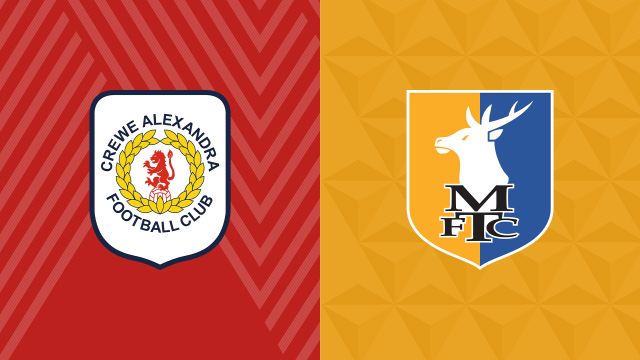 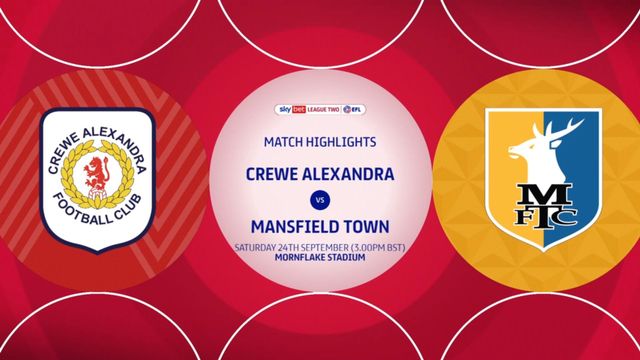 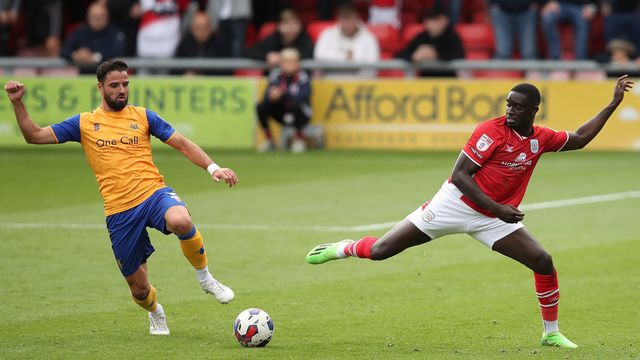