Both sides have struggled for form lately, and will aim to get their first victories for several weeks.

Rovers lie 12th in the table on 21 points, having won six of their 14 games this term. Last time out, they were defeated 3-0 at Carlisle United in a game which turned out to be Gary McSheffrey’s final game as manager.

Danny Schofield was appointed as Doncaster manager on Thursday, putting pen-to-paper on a one-year rolling contract.

Schofield had a tough period as manager of Huddersfield Town, struggling in the opening nine games of the 2022-23 campaign before being dismissed by the West Yorkshire club.

Lee Bell: “We don’t know how Doncaster will play, they’ve tried to press in the past, they’ve dropped off, they have played with three and four at the back, so it is unpredictable. But we are fully focused on what we have to do.”

Danny Schofield: “We’ll be doing everything to prepare for Crewe over the next two days – the messages will be very clear.

“We’ll not be looking to get from here to where we want to be in a couple of days, but we will start putting things in place to make us competitive, and ultimately trying to win football matches.”

Doncaster face being without Aidan Barlow and Reo Griffiths, after they picked up injuries before their clash last week against Carlisle.

Doncaster have the edge when it comes to fixtures between the sides, having won 43 compared to the Alex’s 36.

Rovers were victorious in the most recent fixture, a 2-0 success at Keepmoat Stadium in April 2022.

Carl Brook will take charge of the fixture the first Alex match of his career.

He will be assisted by Helen Edwards and Andrew Hendley, with Danny Gratton appointed as fourth official.

Supporters are encouraged to pre-purchase their tickets to avoid any queuing that may occur before kick-off.

Crewe Alexandra were held by a 1-1 draw by Doncaster Rovers at Mornflake Stadium on Saturday.

Courtney Baker-Richardson netted his eighth of the season to give The Railwaymen a 1-0 lead at the break.

Although they were grateful for a super penalty save from keeper Arthur Okonkwo on the stroke of half-time.

But George Miller made amends for his spot-kick failure by netting the equaliser with 13 minutes to go.

Taking just one point will have come as a disappointment for boss Alex Morris, whose side were the better of the two on the day.

However, he will take positives from an improved display.

Morris made three changes to the side that lost in midweek. One was enforced, as Rod McDonald missed out through injury and Kelvin Mellor was recalled. Arthur Okonkwo and Tariq Uwakwe came in for Dave Richards and Charlie Finney.

Uwakwe’s cross into the box was met by a looping header from Baker-Richardson, who placed his effort perfectly over the despairing grasp of Mitchell.

Joel Tabiner, who impressed all afternoon with his skilful play, crossed for Baker-Richardson to head just wide on 29 minutes, as the hosts continued to look the most likely.

The visitors didn’t show up as an attacking force until after the half-hour mark, but it took a super save from Okonkwo to deny Harrison Biggins a leveller on 38 minutes.

And the giant keeper was the hero on 45 minutes, when he brilliantly clawed out Miller’s penalty, which was awarded when Baker-Richardson was adjudged to have handballed.

On 51 minutes, Rio Adebisi stung the hands of Mitchell after a well-worked corner routine, and on 55 the keeper was hard at work again to keep an Agyei drive out.

Tabiner brought another good stop from Mitchell after some good approach play, but Uwakwe was off-target with a direct free-kick in a good position.

On 74 minutes, Adam Clayton was a whisker away with a free-kick right on the edge of the Crewe box, as Rovers searched for an equaliser.

And on 77 minutes it was 1-1 when Miller raced onto a through ball and poked the ball past an onrushing Okonkwo.

There were nerves at both ends in the final stages, as six minutes were added at the end.

Lachlan Brook brought a save from Mitchell, and Baker-Richardson volleyed wide, but Crewe could not find a winner.

The Reds are getting prepared for their matchup with Doncaster Rovers on Saturday 22 October, 3pm, at Mornflake Stadium. 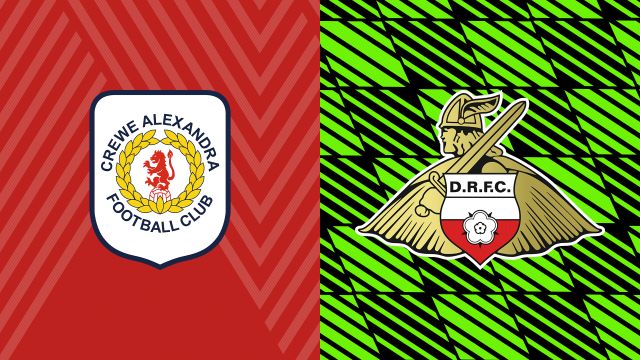 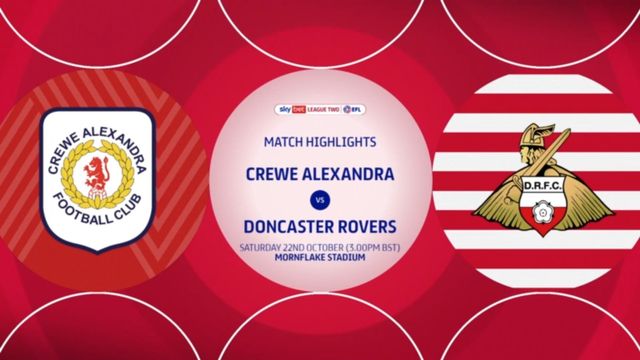 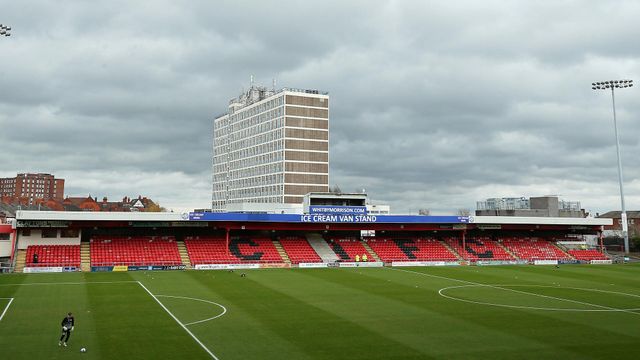