Crewe Alexandra travel to London to on AFC Wimbledon on Tuesday (7.45pm).

Alex Morris’s side will be looking to build on an improved performance at the weekend and secure all three points at Plough Lane.

Wimbledon sit 17th in the table on 15 points, having won two of their last five league fixtures.

In their most recent outing, the Wombles were 2-1 winners at Rochdale, courtesy of strikes from Ayoub Assal and Josh Davison.

Johnnie Jackson took the reins at Plough Lane in May, penning a two-year deal with the ambition to guide the club back to League One.

Jackson was previously boss at Charlton Athletic, between December 2021 to May 2022, when he guided the Addicks club to 13th in League One.

Lee Bell (Crewe assistant manager): “If we keep putting in performances we did like Saturday, I’m sure more people will appreciate it. Wimbledon have come off the back of a good result at the weekend and we’re looking forward to what will be another test for us.”

Jack Currie (Wimbledon defender): “It’s always great to play in front of our plans at Plough Lane, I just hope that we can put in a performance that will get them up for it.”

Wimbledon will hope captain Alex Woodyard will have come through unscathed following his first league outing on Saturday. They also welcome back Paris Maghoma following suspension.

The Railwaymen have won three of their six meeting against AFC Wimbledon, scoring 14 times across all fixtures between both sides.

Most recently, the Alex defeated the Dons 3-1 in April 2022, in what was Morris’s first game as Crewe manager. Mika Mandron, Christopher Long and Bassala Sambou were on the scoresheet.

Lee Swabey will take charge of the fixture on Tuesday evening, having last refereed a Crewe match in December 2021; a 2-0 defeat at home to Sheffield Wednesday.

He will be assisted by Paul Kelly and Damith Bandara, with Marc Wilson appointed as fourth official.

Crewe fans in the UK and around the world can watch the clash with AFC Wimbledon live on iFollow.

Crewe Alexandra fought back from behind to salvage a point on the road at AFC Wimbledon.

Rio Adebisi’s first goal of the season cancelled out Ayoub Assal’s opener as The Railwaymen drew for the seventh time this season.

Keeper Arthur Okonkwo made a super penalty save in the final quarter of the game, to ensure his side got a deserved share of the spoils.

Now Alex Morris’s men will prepare for another away day at Barrow this weekend.

Morris named an unchanged side for the first time since August, with the starting 11 and subs’ bench exactly the same as the 18 that drew with Doncaster at the weekend.

Both sides looked lively in attacking areas early in the game, and Okonkwo had to get down to smartly hold a direct Harry Pell free-kick on 11 minutes.

Super play from Joel Tabiner on the half-hour mark saw him win the ball in midfield, make 30 yards up the pitch and cross towards Dan Agyei, but it was well defended for a corner.

In the final minute of the first-half, a swift counter attack ended with a Pell shot which was pushed for a corner by Okonkwo. But when the flag kick came in, it wasn’t cleared effectively and Assal was on hand to poke home.

Bassala Sambou came on for Oliver Finney at the break, as the manager shuffled his pack, and on 51 minutes the Alex went close to a leveller, but nobody could quite steer home Tabiner’s cross after some excellent football.

Assal headed just wide at the other end, while Courtney Baker-Richardson and Agyei both went close as it opened up.

On 62 minutes it was 1-1 when Tariq Uwakwe’s deep cross was headed back across goal by Kelvin Mellor and Adebisi flicked a header in off the far post.

Ryler Towler should have restored the home side’s lead but he nodded wide from a great position.

On 74 minutes Okonwko saved a second penalty in four days, when he brilliantly kept out Josh Davison’s effort after Williams had been adjudged to have fouled in the box.

With 10 minutes left Agyei agonisingly lifted inches over from close range after an accurate cross from Mellor.

Brook flicked another shot over after a Sambou knock-down, but Crewe ran out of time to grab a winner.

Tickets are now available for our midweek matchup with AFC Wimbledon at Plough Lane.

Tuesday 25 October (7:45pm) is when the Reds will travel South to face Johnnie Jackson's side. 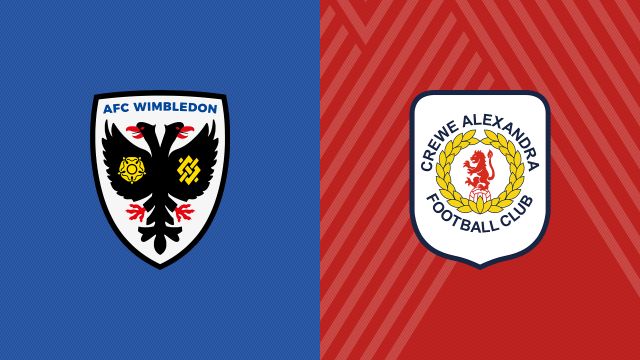 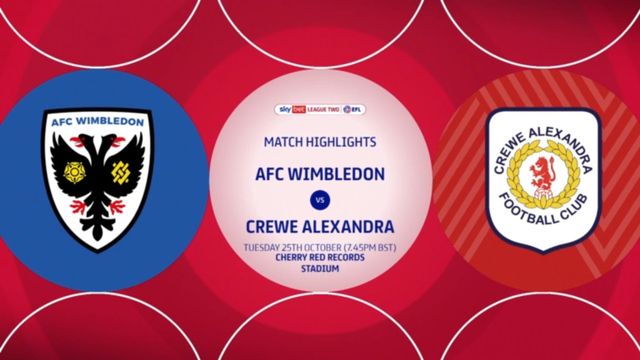 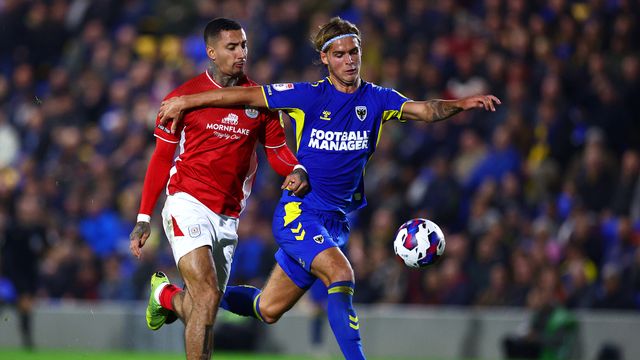