Dan Agyei’s first-half goal from the penalty spot, his sixth of the season, separated the sides at The County Ground.

Crewe had chances to extend their lead in the second half, but couldn’t quite give themselves a cushion.

However, they showed superb fighting spirit, commitment and desire to defend a clean sheet and take all three points in Lee Bell’s first away game as interim manager.

It is now more than six-and-a-half hours since Crewe conceded a goal in all competitions.

The Railwaymen have moved up one place to 15th in League Two.

Bell made one change to the side that beat Colchester last time out, recalling Eli King to midfield. Tariq Uwakwe switched to left-back, and Rio Adebisi dropped to the subs’ bench.

Swindon, who started the game unbeaten in five League Two outings, were unchanged.

The hosts bossed the opening stages of the game, keeping possession and prompting and probing without really threatening to score.

And they were rocked when The Railwaymen took the lead against the run of play on 23 minutes. Kelvin Mellor was tripped in the area by Ronan Darcy and Agyei expertly dispatched the spot-kick.

The Alex grew into the game as an attacking force after that, and Bass Sambou, Agyei and Lachlan Brook all had shots blocked as they looked for a second.

Luke Jephcott header saw a 43rd minute header tipped over by Arthur Okonkwo as Swindon searched for a leveller, but Crewe led at the break.

Swindon started the second half strongly, and Okonkwo was busy to make good saves from Mathieu Baudry and Ellis Iandolo.

Brook forced a decent stop from keeper Sol Brynn at the other end, before Bell introduced Rod McDonald for Brook and reverted to three at the back.

Five minutes later the woodwork saved Crewe as Ben Gladwin raced down the right and crossed for Jephcott who flicked a header against the bar.

On 84 minutes Billy Sass-Davies met an Uwakwe corner but his effort was off target, then at the other end the big defender made a vital intervention to prevent a Swindon leveller with an important header at the far post.

Six minutes were added at the end of the game, and Mellor made a super block as the hosts desperately pressed.

On 94 minutes Louis Reed was brought off the bench to take a direct free kick for Swindon, but Okonkwo was equal to it.

The Railwaymen head to Swindon Town on Saturday 19 November (3pm) looking to collect three points on the road.

If you haven't already, you can purchase your tickets below.

Coaches depart at 10:15am and are priced as follows 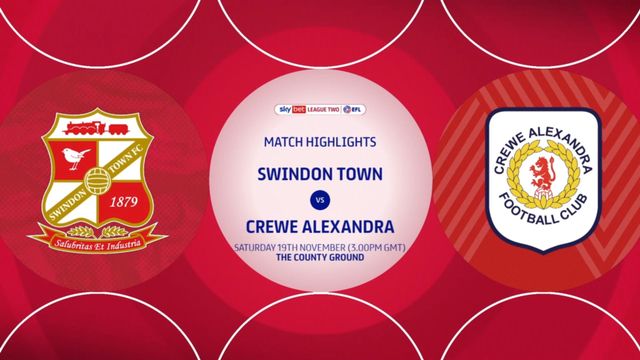 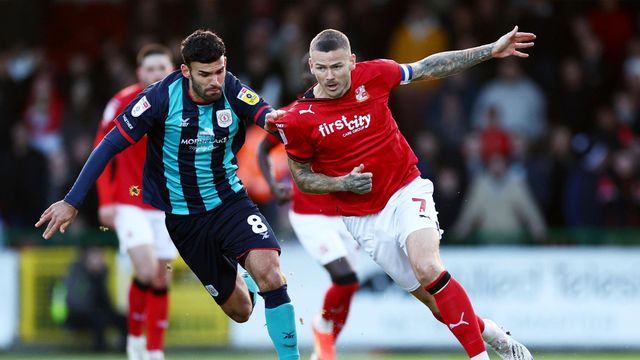 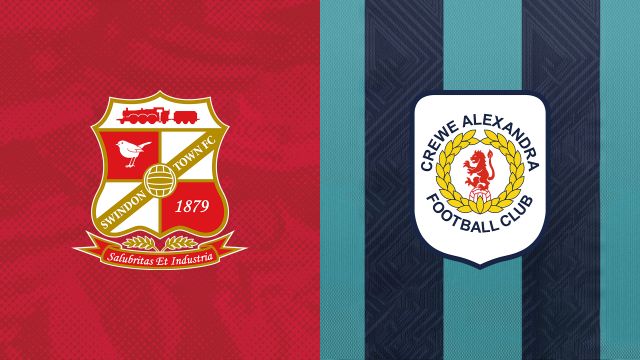