Dan Agyei grabbed the winner as Crewe Alexandra took a valuable three points from their clash with rock-bottom Colchester United.

The striker nodded in a Tariq Uwakwe cross with 10 minutes to go to seal a first league victory in eight attempts.

Keeper Arthur Okonkwo shone with some superb saves as the visitors created the most chances.

But The Railwaymen deserve credit for showing resilience and determination, and producing some real quality in the end to make it three games unbeaten in all competitions.

Interim boss Lee Bell named the same side that beat Leyton Orient in the FA Cup last time out, but Courtney Baker-Richardson was unable to take a place on the bench due to a hamstring injury sustained in training.

And the visitors went close inside three minutes, when keeper Arthur Okonkwo had to react smartly to keep out a Luke Hannant drive.

Samson Tovide fired over from a good position as The U’s looked the most dangerous in a low-quality first 30 minutes.

Dan Agyei forced a comfortable save from Sam Hornby on 36 minutes, but it was Okonkwo who excelled himself again before the break – diving to his left to deny Hannant and then gathering the ball at the second attempt.

Agyei fizzed a low effort wide before the break, but it was Colchester most disappointed to be all-square at the break.

Alex Newby headed over from a Frank Nouble cross soon after the restart, but goalmouth action was few and far between.

On 71 minutes there was a golden chance for the visitors when Newby raced clear of the Alex defence, but Okonkwo made another super save down to his right.

Agyei curled over the bar as Crewe pressed, and they made the breakthrough on 80 minutes.

Bassala Sambou laid the ball to the overlapping Uwakwe, and his super cross was turned home at the far post by the head of the onrushing Agyei.

The Crewe goalscorer almost got a second in the 90th minute as he sped through a gap but lifted over the bar while off balance.

But one was enough, as the hosts saw out seven minutes of added time professionally. 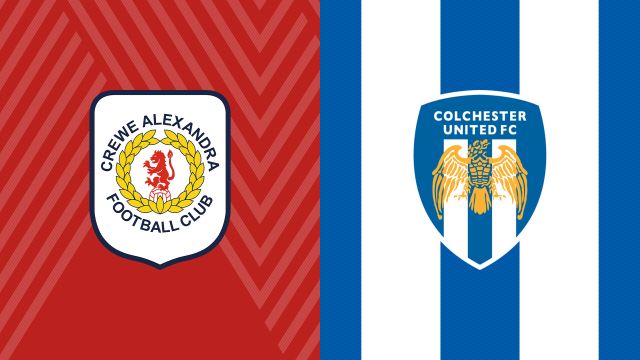 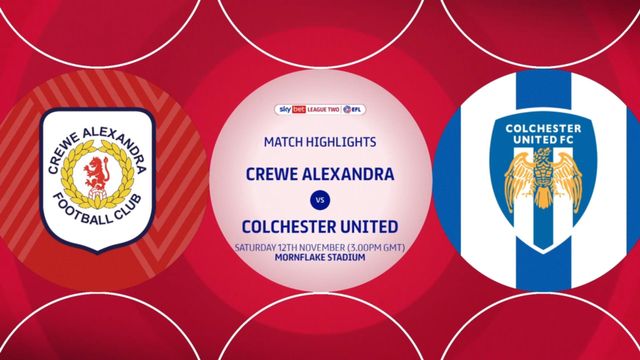