Crewe Alexandra will look to extend their unbeaten start to five games in 2023 when they host Grimsby Town on Saturday (3pm).

In addition to the 1-0 win over Tranmere, Lee Bell’s side have had some impressive draws in recent weeks, particularly two 1-1 draws against promotion chasers Mansfield Town and Stockport County.

Grimsby have had a mixed start to 2023. They won their New Year’s Day clash against Stockport 1-0, but endured a heavy 5-0 defeat in the league last time out at the hands of Swindon Town.

They are on an impressive FA Cup run, taking Luton Town to a fourth-round replay next Tuesday evening, with a potential away tie against Premier League side Southampton in the fifth round.

Paul Hurst was appointed manager of the club in December 2020 for a second stint, repeating what he did in his first spell in guiding the Mariners back into the Football League at the first time of asking.

A one-club man as a player for Rotherham United, Hurst has had managerial spells with Ilkeston Town, Boston United, Shrewsbury Town, Ipswich Town and Scunthorpe United. In the 2017-18 season he nearly guided Shrewsbury into the Championship, though they lost the play-off final to Rotherham.

Kenny Lunt: “It will be a tough task, there isn’t a game in this league you think you can’t win but there’s also no game that you think will be easy. We found it tough at Grimsby in the cup, but we rested players for the game. We’ll give them the respect they deserve and hopefully we will be making it five unbeaten with a win.”

Paul Hurst: “The squad looks a lot different to what it did last weekend in terms of availability, which will change again come Tuesday night. I’ve got some decisions to make, but they’re good ones, and it’s better than being low on numbers and options."

Crewe Alexandra could hand a debut to deadline day signing Sean Robertson, who joined on loan until the end of the season. Courtney Baker-Richardson and Christopher Long remain sidelined.

Grimsby hold the slight advantage in head-to-head battles between both clubs, with the Mariners winning 26 times to the Alex’s 25 victories.

Last time out, it was the Lincolnshire side who were on top, defeating the Railwaymen 4-0 in the EFL Cup at the start of the season.

Paul Howard has been appointed as referee for Saturday’s clash, having last officiated the Alex in September 2021, a 3-1 home defeat against Morecambe.

He will be assisted by Anthony Moore and Jacob Lehane, with Matt Corlett appointed as fourth official.

For information on how to get to Mornflake Stadium via rail or road, CLICK HERE.

Crewe Alexandra suffered their first defeat of 2023 at the hands of Grimsby Town.

John McAtee’s early strike set the tone for a disappointing day, and The Railwaymen never recovered.

George Lloyd added a second before the break, and sub Tom Dickson-Peters completed a miserable afternoon late on.

It was a blow for Lee Bell and his side, who did not hit the standards they have set recently.

Now they must lick their wounds and respond when Leyton Orient visit on Tuesday (7.45pm).

Bell was forced into two of his three changes due to injuries to Rod McDonald and Kelvin Mellor. Captain Luke Offord came in at right-back, while Billy Sass-Davies was called into the heart of defence.

David Amoo was handed his full league debut for the club, at the expense of Bassala Sambou, who dropped to the bench.

The visitors hit the front in the third minute when Lloyd cleverly laid off to McAtee and the on-loan striker curled into the corner from outside the area.

At the other end, Amoo looked lively and Callum Ainley was close to meeting a Rio Adebisi cross from the left, but the Alex struggled to make a dent.

It was 2-0 on 31 minutes when Lloyd broke free in the inside left and beat Richards low into the far corner from outside the box.

The Railwaymen huffed and puffed, and switched to a back three, but they couldn’t hit back before the interval.

And after a scrappy 15 minutes, the manager rolled the dice again with the introduction of Sambou and Lachlan Brook.

On 65 minutes Sambou was played through by Colkett but when he went down under contact from Niall Maher the referee wasn’t interested.

The lively Robertson crossed for Rio Adebisi but the defender’s volley was blocked, while Elliott Nevitt had penalty appeals turned down after he went down in the box.

Agyei cut in and curled over the bar as the clock ticked down, and Town keeper Max Crocombe remained untroubled.

The Alex begin a hectic month at home to Grimsby Town on Saturday February 4th (3pm).

Supporters can purchase their tickets for the game here.

Come down to Mornflake Stadium and get behind the lads!

Supporters are encouraged to pre-purchase their tickets to avoid any queuing that might occur before kick-off. 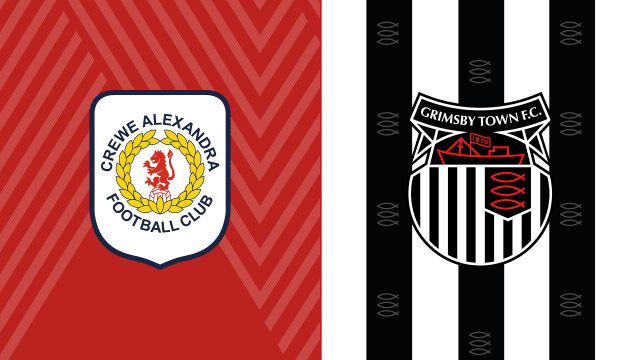 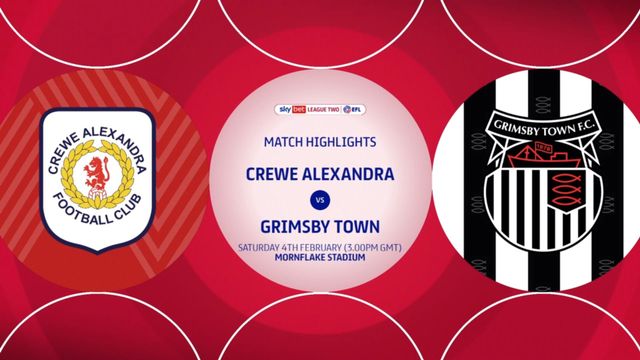 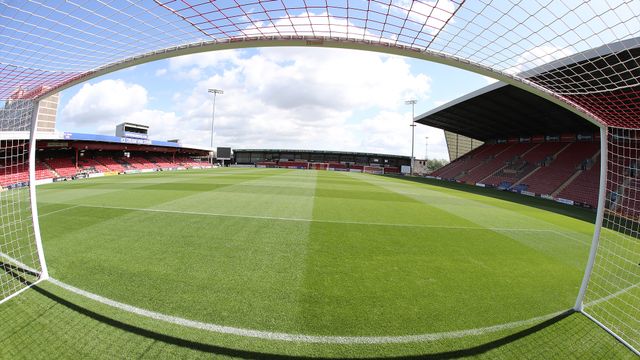