Crewe Alexandra and Sutton United will meet for the first ever competitive clash between the clubs on Tuesday, August 15 (7.45pm).

The visitors are up and running in only their second ever EFL campaign, and will arrive in South Cheshire on the back of a 1-0 victory over Barrow.

The Railwaymen will be aiming to bounce back from defeat at Salford City last time out, in their first home fixture under the lights this season.

After 123 years of waiting, Sutton enjoyed a superb debut year in the EFL, finishing eighth in the League Two standings and reaching the Papa John’s Trophy final at Wembley.

They have made a solid start to 2022-23, and will be looking to build on their first victory, which came at the expense of Barrow at the weekend, when they visit Mornflake Stadium.

Matt Gray started his playing career at Spurs and played for Cardiff, Hayes and Havant & Waterlooville before being forced to retire early through injury.

He was appointed to his first managerial role by Sutton in May 2019, and in his second season he guided the club to promotion to the EFL as National League champions.

Alex Morris: "Sutton are competitive and organised, direct in the way they play but effective, and that’s why they ended up only one point off the Play-Offs last season. I expect them to be in a similar position this season because they have a very good culture there which has been built up by the manager, who has done a fantastic job. "

Matt Gray: "I’m really happy with where we are at, and we now moving into two really tough away games. There are no easy games but we are up and running after a good performance and a win over Barrow."

Alex Morris will check on defender Rod McDonald, who missed the game at Salford due to a groin problem. Bassala Sambou starts a three-match suspension, while Christopher Long, Dave Richards and Rio Adebisi are still working towards full fitness.

Sutton will wait to see if Omar Bugiel has recovered from the knock that forced him off on Saturday, while Will Randall is close to a recall after being injured on the first day of the season.

This will be the first ever competitive meeting between Crewe and Sutton.

Referee Thomas Parsons is in his first season as an EFL referee, having been promoted in the summer. Christopher Ward and Lisa Rashid will be the assistant referees, while Paul Stonier has been appointed fourth official.

Crewe fans in the UK and around the world can watch the clash with Sutton live on iFollow.

Crewe Alexandra earned a hard-fought three points in their first ever meeting with Sutton United.

The physical visitors pressed throughout and made life difficult, but Alex Morris’s men stood firm to claim a valuable clean sheet.

The success was an ideal way to bounce back to winning ways, and now The Railwaymen will look to take that momentum into Saturday’s visit of Northampton Town.

Morris made one enforced change to his side, as forward Bassala Sambou began a three-match suspension. Baker-Richardson spearheaded the attack in his full league debut for the club.

Harry Beautyman blazed the first chance of the game wide for the visitors on nine minutes, but not long after The Railwaymen hit the front.

Dan Agyei showed blistering pace to beat Jon Barden down the Alex left and his low cross was thumped home first-time by the onrushing Baker-Richardson.

Lachlan Brook saw an effort blocked after more good wing-play by Agyei on 38 minutes, but Crewe had a let-off when Beautyman clipped the bar with an effort on the stroke of half-time.

After a scrappy start to the second-half, Agyei forced keeper Jack Rose to palm an angled effort over the bar, while at the other end Arthur Okonkwo held a Josh Neufville strike on 67 minutes.

Okonkwo flung himself to flick away a strike at his near post, and Joe Kizzi headed just over as Sutton pressed for a leveller as the clock ticked down.

But the Alex held on for a gritty three points. 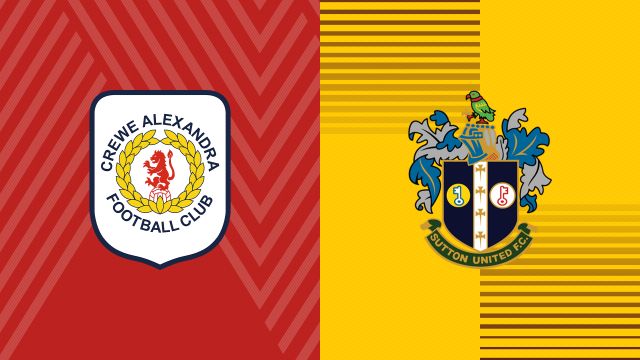 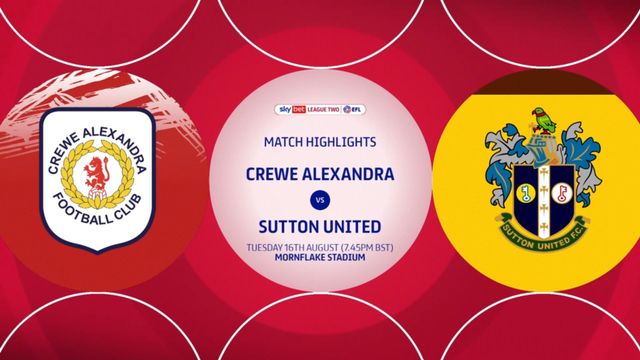 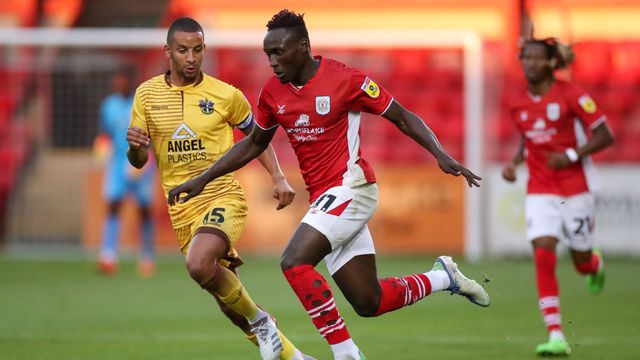