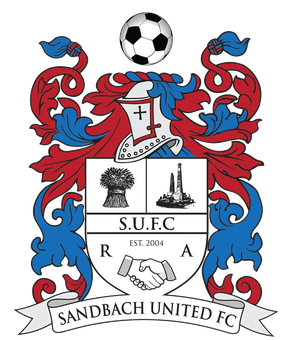 Goals from Ben Knight and Oli Finney secure a win and take the Alex into the next round of the Cheshire Senior Challenge Cup.

It took just 4 minutes for Joel Tabiner to get going as he ran down the left and put in a threatening ball around the six-yard box missing Knight but finding Josh Lundstram as he followed in at the back post. Sandbach’s Keeper was out quickly to smother the ball and take the chance away.

It took 26 minutes to see a glimpse of Sandbach’s attack as Hatton took on a first time shot but Will Jaaskelainen got down well to deny him.

The Crewe chances kept coming and just after the half an hour mark, Tyreece Onyeka pressed the keeper well and forced a loose pass, which Knight pounced on. He moved the ball swiftly around the Sandbach number one and passed it into the empty net.

Sandbach’s best chance of the half came from a corner, where a loose Crewe header gave Tatters a chance to hit one, which rattled the crossbar. It was a half of missed opportunities from Crewe, but their dominance was enough to keep them in front at the break.

Early into the second half, Onyeka looked to get himself on the scoresheet as he skipped down the left-hand side then cut in, to curl one towards the far post but unfortunately it went just wide. The second half was much like the first with Crewe having most of the possession. Finney and Knight continued to create chances for themselves.

In the 59th minute, Finney finally managed to get himself onto the scoresheet with a sweetly struck half volley on the edge of the box. The Crewe skipper on the evening was allowed plenty of space before drilling his effort into the bottom right-hand corner.

The Alex continued to move the ball around nicely, keeping possession and building chances around the oppositions box. 77 minutes gone, Onyeka once again pressed well from the front, this time taking the ball from the keeper and backheeling it to Knight who couldn’t quite direct his shot towards the Sandbach net.

However, with just 7 minutes remaining on the clock, the visitors managed to get a goal back. A good ball from Fitzpatrick found Hatton whose strike was partially saved by Jaaskelainen but was followed in by a Sandbach midfielder who secured the goal.

Only a few moments later Buckley attempted to lob Jaaskelainen from 40 yards forcing a great recovery save to deny the equaliser.

The Alex will now face Alsager Town in Round Two of the competition at Mornflake Stadium with details set to be announced in due course.