Crewe Alexandra head to Grimsby Town for a third vs fourth clash in Sky Bet League Two with both teams having begun the season in good form.

Recovering from an opening day defeat to Plymouth, Crewe have won four out of six league games to sit third on 12 points, with the Mariners just a point behind.

They've lost just once so far in the league, 1-0 at Forest Green, whilst also picking up three victories & two draws including a 5-2 demolition of Port Vale at Blundell Park two Saturdays ago.

Crewe have their first midweek off next week, whilst Grimsby host Macclesfield Town in their rearranged Carabao Cup second round tie - with the winners set to travel to Stamford Bridge to take on Chelsea in the third round.

It's two in-form sides going into battle at Blundell Park this weekend, so why not go along & get yourself some fish & chips & enjoy the game!

Crewe: The Alex made eight changes for the Leasing.com tie against Burton Albion in midweek & could be set to switch back to a more familiar side that has started off so well in League Two this season.

Dave Richards will definitely continue in goal though, with Will Jaaskelainen away on international duty with Finland Under 21s & Chuma Anene could retain his place in the side if Chris Porter is not passed fit enough to play after his injury against Bradford last weekend.

Ryan Wintle, Paul Green & Tommy Lowery are all set to regain their places in midfield after being rested from the start on Tuesday night.

Grimsby: Ahkeem Rose could be set for a start in the league after making his return from injury in Tuesday night's Leasing.com Trophy defeat to Scunthorpe.

Former Alex man Harry Davis remains sidelined with a long-term injury whilst Harry Clifton is away on Wales Under 21 duty.

The match IS available on iFollow for live audio commentary in the UK. Click here to purchase a match pass.

The match IS available on iFollow for live streaming overseas. Click here to purchase a match pass. 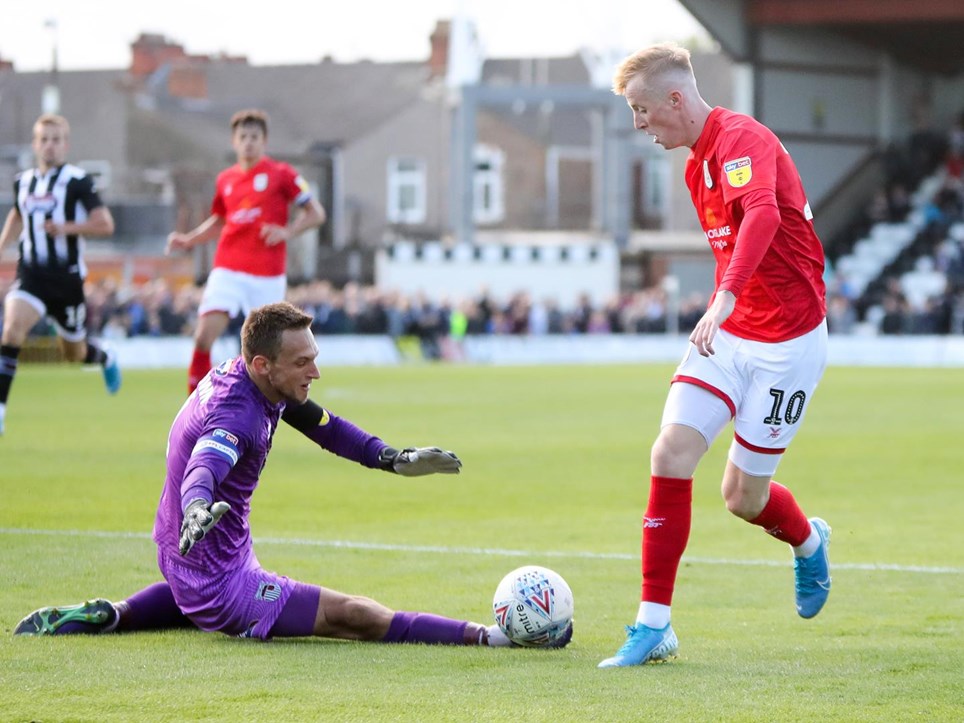 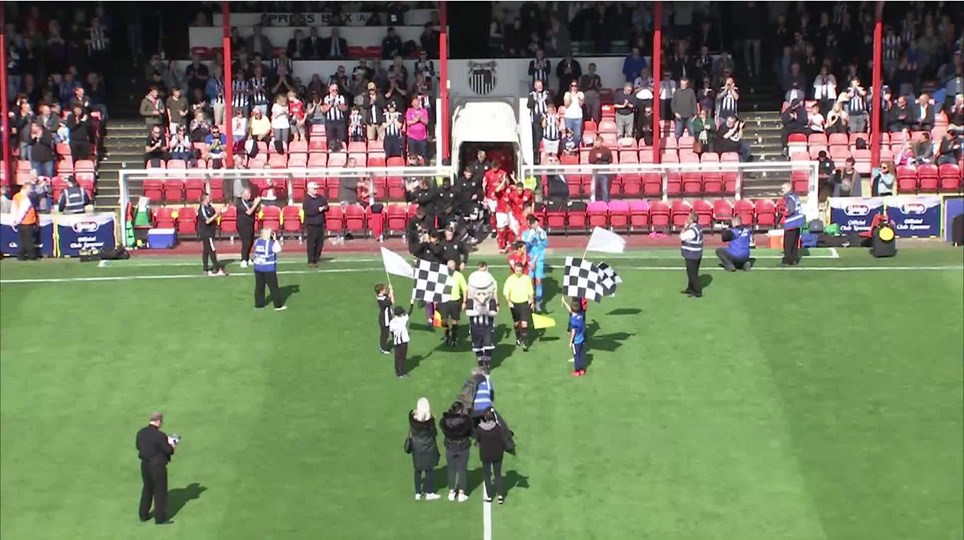 Dave Richards bailed his side out in the first half, saving a James Hanson penalty, but the Alex were good value for the victory after Lowery scored in the first minute of the second half & Kirk added the second in added time.

After making eight changes for the Leasing.com Trophy tie with Burton in midweek, Boss Dave Artell reverted back to the side that beat Bradford City in league action last weekend.

The only exception came in goal, with Dave Richards featuring in-between the sticks with Will Jaaskelainen away on international duty with Finland under 21s.

Crewe controlled possession for much of the first half & created the better chances, but were indebted to Dave Richards for keeping out a James Hanson penalty just short of the half hour.

The Alex started well & enjoyed a monopoly of the ball inside the opening ten minutes, though Charlie Kirk’s wayward shot from the edge of the box was the only attempt on goal.

The Mariners came into proceedings more & more but weren’t threatening the Alex goal, Paul Green flicking a header just over the top from a Tommy Lowery cross as Crewe continued to create the chances.

But the hosts were handed a golden opportunity to take the lead from the penalty spot in the 28th minute. Elliot Whitehouse broke into the Alex box & his run was halted by a clumsy Daniel Powell challenge with the referee pointing to the spot.

Sky Bet League Two top scorer James Hanson stepped up to the kick, but his cute effort to Dave Richards’ right was parried away by the Alex stopper to keep matters scoreless.

Moments later, Green flashed another header just wide from Powell’s right-wing cross, but that was that for further goalmouth action in the first period.

The second half couldn’t have started any better for Crewe, Lowery striking the front within the first minute. He picked up the ball in the box slightly to the right of goal & smashed a shot into the far corner with aplomb to send the travelling Alex fans into raptures.

That spelled a 15 minute period of dominance for Crewe with Powell twice getting in behind & twice being denied by goalkeeper James McKeown. His first was a 62nd minute effort, latching on to a perfectly weighted Green pass in behind but the Mariners stopper beated the effort away.

The second opening was an even better chance just six minutes later. Olly Lancashire’s diagonal played Powell in again, & this time he had more time on his side, hitting the ball low under McKeown but the goalkeeper got something on the shot to slow it down. That allowed a Mariners defender to hack the goalbound shot off the line.

After that, the hosts came well into the game mounting pressure on the Alex box without really forcing Richards into save.

Into injury time & Grimsby threw all hands to the pump in an attempt to force the equaliser. With all available outfield players in & around the Crewe box, the Alex were able to spring a lightening quick counter.

Kirk raced away with the ball from half-way & took it round the onrushing McKeown on the edge of the box before steadying himself & firing past two recovering defenders on the line to kill the game off & seal an impressive victory & clean sheet on the road.

Tickets are on sale for Crewe's away trip to Grimsby Town on Saturday 7 September, 3pm kick-off.

The prices are cheaper when purchased in advance from Crewe Alex than on matchday at Blundell Park.

Match tickets are on sale from Crewe Alex until 3pm on Friday 6 September. Subject to availability.

Official coach travel is also available to purchase online (£20/£21) - departing from the Alexandra Stadium at 09:15am.

Tickets will be on sale until 3:00pm on Friday 6 September, subject to availability.

Official coaches depart from Gresty Road at 09:15am and are priced at:

Away Games.co.uk provide the Club's dedicated away guides.

Click here to check out the Grimsby Town guide at https://www.awaygames.co.uk