That record means that Crewe have never progressed from the group stages & Dave Artell will be hoping for a positive start against the Brewers tonight to give them a chance of progressing from the group.

The first game in the Alex's group has already taken place, Mansfield Town & Everton U21s drawing 1-1, with the Toffees' youngsters picking up the bonus point after winning on penalties.
Burton Albion have started the season really well - just like the Alex, winning five of their opening eight games.
Both teams are expected to make changes, but it's set to be a hotly contested game at Gresty Road. Click here to read Dave Artell's thoughts.

if you can't make the match in person, it will be live streamed on iFollow the Alex - meaning you can watch the game on your laptop, tablet or mobile phone from both the UK & abroad. Click here for more information.

Crewe: After a busy schedule of eight games in August, David Artell could be set to give a number of his fringe players a start to give them a chance to impress in the side.

Dave Richards is set to start in goal with Will Jaaskelainen away on international duty, with Lewis Reilly also absent due to his loan to Telford United.

James Jones, Oliver Finney, Owen Dale, Billy Sass-Davies & Chuma Anene are all pushing for starts amongst others ahead of Saturday's League Two trip to Grimsby Town.

Burton: Liam Boyce (hamstring), Jake Buxton (ribs), Colin Daniel (hamstring) and Nathan Broadhead (hip) are all expected to miss out on the contest.

Nigel Clough may also opt to make some unenforced changes as he too could hand opportunities to other members of his squad ahead of the Brewers' League One match at Sunderland on Saturday.

All the official team news will be published @crewealexfc on Twitter at 6:30pm. 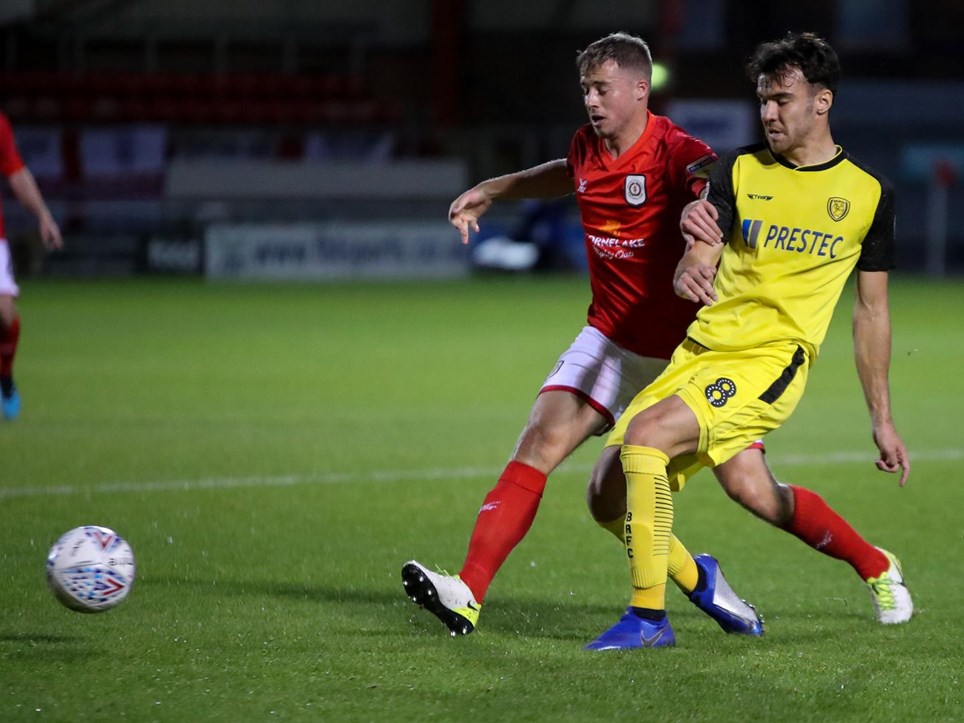 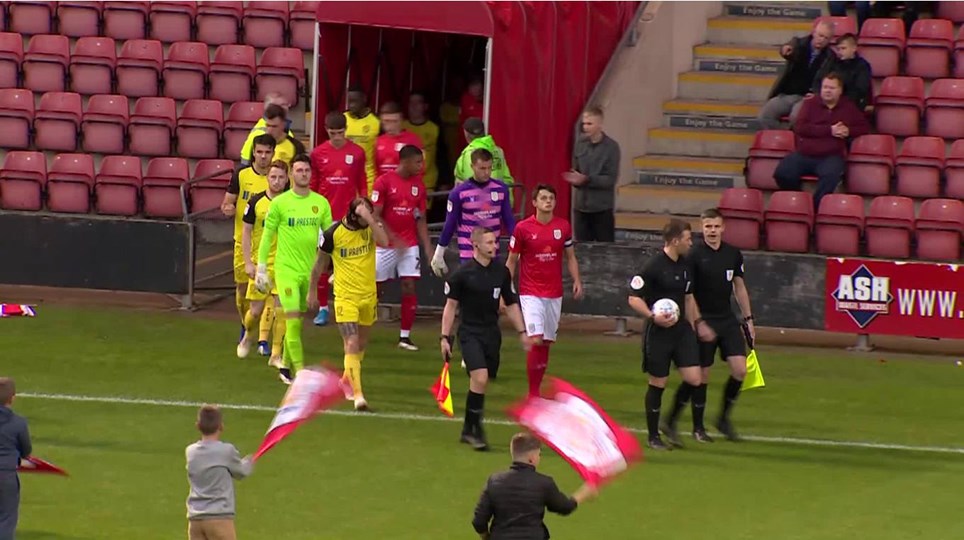 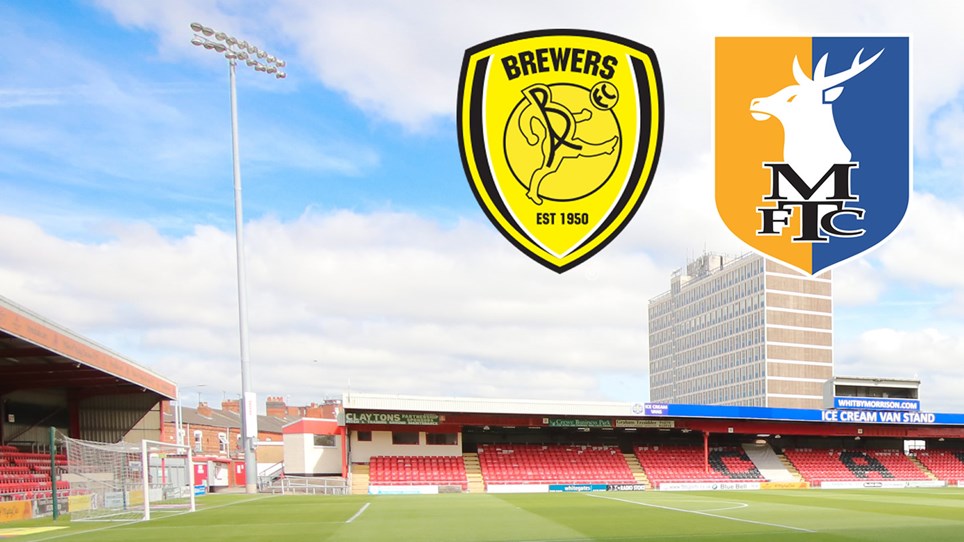 Crewe Alexandra fell to a 3-1 defeat to Burton Albion in the opening group game of the 2019/20 Leasing.com Trophy.

The Brewers blitzed the Alex in the first half to score three goals & effectively end the tie before the break. Second half substitute Paul Green did notch a late consolation, but it was too little too late.

After a promising opening ten minutes from the Alex in which Perry Ng tested goalkeeper Kieran O'Hara, Burton hit the front out of nothing with 13 minutes on the clock.

James Jones was caught in possession 25-yards from his own goal by Stephen Quinn & the midfielder steadied himself before firing low into the corner from just outside the box.

The Alex were shell-shocked by the setback & the Brewers controlled the play for the following 25 minutes, almost doubling their lead just two minutes after the first goal when an unfortunate Rio Adebisi slip on the edge of the box allowed Reece Hutchinson a one-on-one opportunity - but he slid his shot just wide of the post.

But the second Burton goal did arrive with 23 on the clock when John Joe O'Toole played an inch perfect ball over the top for an onrushing Scott Fraser who beat the offside trap. The midfielder showed composure to delay the shot & eventually loop an inch perfect lob over Dave Richards into the net.

Crewe almost hit back in the 38th minute with a goal on his full debut for Chuma Anene, collecting an Oli Finney flicked header from Owen Dale's cross, but he tried to round the keeper & O'Hara recovered to block the effort.

A minute shy of the break & Richards was called into action to make a fine save to deny Ryan Edwards one-on-one. The midfielder was through but Dave was off his line quickly to make a smart stop.

Albion weren't to be denied their third before the break though. One minute into stoppage time, Lucas Akins was given acres of space on the edge of the box to pick his spot & rifle low into the bottom corner.

It was a slightly improved performance after the break from the Railwaymen, with Green firing a good opportunity wide from just inside the box in the 70th minute after good approach play from Kirk.

Richards made another magnificent save to thwart Edwards four minutes later when Eddie Nolan's backpass was straight to the midfielder for what seemed a tap-in, but the Alex stopper flew out the traps to block the attempt.

Richards made a smart save to deny Brayford's half-volley before sub Oliver Sarkic grazed the roof of the net before Crewe had their best moments of the game inside the final ten minutes.

Pickering & Wintle both went close with efforts before Green got the goal just three minutes shy of full-time from a superb move down the left.

It was Pickering's slide-ball to Adebisi who cut-back from the by-line to an onrushing Green who steered superbly first time across goal into the top corner.

There was a further chance for Crewe to reduce the deficit in added time when Kirk got to the left by-line & fired across the face. The cross beat O'Hara, but neither Anene or Owen Dale could apply the finishing touch from close range.

It was all too little too late by Crewe who were well beaten by Nigel Clough's League One side. Two group stage games left in the Leasing.com Trophy, starting with a trip to Mansfield Town on Tuesday 8 October.

The match takes place at The Alexandra Stadium on Tuesday 3 September - kick-off is at 7:30pm.

Prices for the Gresty Road Brewers clash have been set at £10 adults, £6 seniors (60+) & £2 juniors (u16) & tickets are available for home supporters in the Main Stand only.

With the team currently on fine form & several fringe players pushing for a place in the side - the Alex need your support in hope of progressing from the group stage of the competition for the first time in what is now its fourth season.

If you can't make the match in person, the game is available to watch on iFollow for both a UK & international audience. Click here to purchase a match pass.