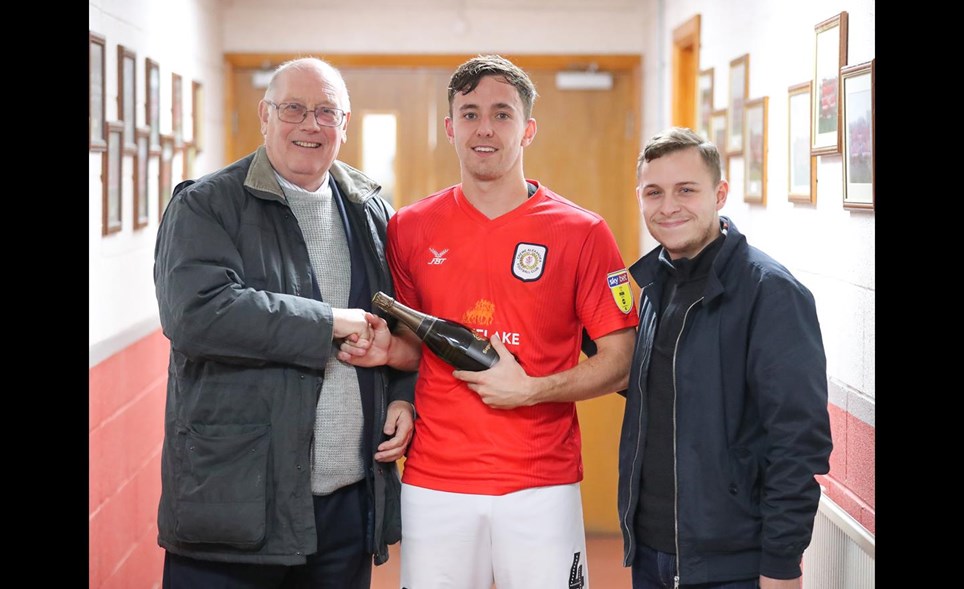 Will Jaaskelainen saved an injury-time penalty to preserve Crewe Alexandra’s unbeaten run as Colchester United held us to a goalless draw at Gresty Road. The Finnish goalkeeper pushed away Frank Nouble’s effort to make sure we ended up with a deserve point rather than a defeat.

The penalty was awarded in bizarre circumstances. Colchester’s substitute Theo Robinson was sent-off for presumably striking Nicky Hunt off the ball but following the lengthy discussion with the assistant, not only was it a red card for Robinson but also the award of a penalty to the visitors. Hunt was booked. Not many inside the stadium would have seen the incident unfold but it left the 3,569 inside the stadium bewildered.

It would have been extremely harsh on the Alex if Nouble had tucked away his spot kick with a draw a reasonable result for both sides. In truth both sides struggled to create any genuine chances with both goalkeepers not forced into too many saves. Jaaskelainen though saved the best until last.

Despite suffering a knee injury against Swindon Town on Saturday, defender Nicky Hunt was deemed fit enough to take his place in the starting line-up for the visit of Colchester.

His replacement at the weekend, Olly Lancashire, didn’t make it after aggravating his ankle.

Tonight’s game also came too soon for wide man Daniel Powell, so that presented another chance for youngster Owen Dale.

Dale made an early impression with his tricky and pace but his opposite number, the Crewe-born Cohen Bramall, was equally as pacey.

Crewe were certainly enjoying the better of the possession in the early exchanges but our final ball or cross was just over hit or hit the first man. Tommy Lowery struck a powerful cross that whipped across the Colchester penalty area and Porter nearly found Kirk in space on the opposite end of the box.

More good build up play involving captain Perry Ng and Dale found Pickering but despite reaching the by-line his low cross was blocked.

A fantastic pass from the outside boot of Wintle found Kirk through the centre but he couldn’t quite get hold of it and Luke Prosser was allowed the time to recover and make an important challenge on the Crewe number 10.

John McGreal’s Colchester side played on the counter-attack and they conjured up some openings of their own. Luke Norris broke the offside trap to pull the ball back to his strike partner Frank Nouble but his finish was high, wide and wild. A lapse pass from Owen Dale was then presented to Norris and he forced Will Jaaselainen into a smart save.

Crewe came through their worse spell of the half, to see Porter pick up loose possession and charge towards goal and his low drive was deflected behind for a corner. From the resulting set-piece, Lowery’s wicked corner only needed a touch from the diving Nolan or Dale to apply a decisive touch.

More good possession from Crewe, saw Dale and Kirk combine on the right hand side and find Wintle on the edge of the box but he tried to place it instead of driving it.

Colchester’s Brandon Comley was booked for a trip on the advanced Perry Ng but Crewe couldn’t make anything of a dangerous situation.

Crewe continued to press and to be on the front foot at the beginning of the second half but Kirk struck the side netting from an acute angle before the impressive Pickering produced a sublime piece of skill pulled one out of the sky.

Colchester were difficult to break down and credit where it is due, they were well drilled and organised.

Man-of-the-Match Wintle embarked on some surges that raised the crowd. One powerful run saw him find Kirk and his intelligent flick nearly found Ng on the volley. Dale fired wide of the right hand post after cutting in past Bramall and Wintle went closest to breaking the deadlock with another forceful run and drive that whistled just past the far post.

Artell freshened things up with the introduction of Jones for Green and Ainley for Dale. He tried something different. Pickering and Lowery were booked for preventing Colchester counter-attacks.

A sliced clearance from Ng landed at the feet of Nouble but his shot from distance was pushed away by the Crewe number one.

There didn’t seem to be a winner coming until the chaos of injury time. Robinson had only just come on for Norris before he was ordered off for striking Hunt in the face but Hunt was booked for an apparent first offence and that resulted in the penalty. After the confusion, Jaaskelainen produced the heroics to keep Crewe unbeaten in eight matches in all competition.