The Alex return to league action against Carlisle United after extending their unbeaten run to five games with victory over Mansfield Town on penalties (4-3) in the Leasing.com trophy.

Despite missing out on the Sky Bet League Two manager award for September, Dave Artell and his men travel to Brunton Park full of confidence.

The Cumbrians come into the clash 18th with only one victory in their last five games, however last time out against Newport County they looked destined for a well-earned point until George Nurse scored in the 96thminute to steal all three points for the hosts.

Crewe: There is no fresh injury news from the Alex, who welcomed back captain Perry Ng from his one match suspension in the mid-week penalty shootout victory over Mansfield Town.

Carlisle: Steven Pressley has confirmed that Saturday’s game against the Railwaymen has come too early for Nathan Thomas, but attacker Stefan Scougall could be in contention after banking 45 minutes in the tank against Rangers in a friendly. 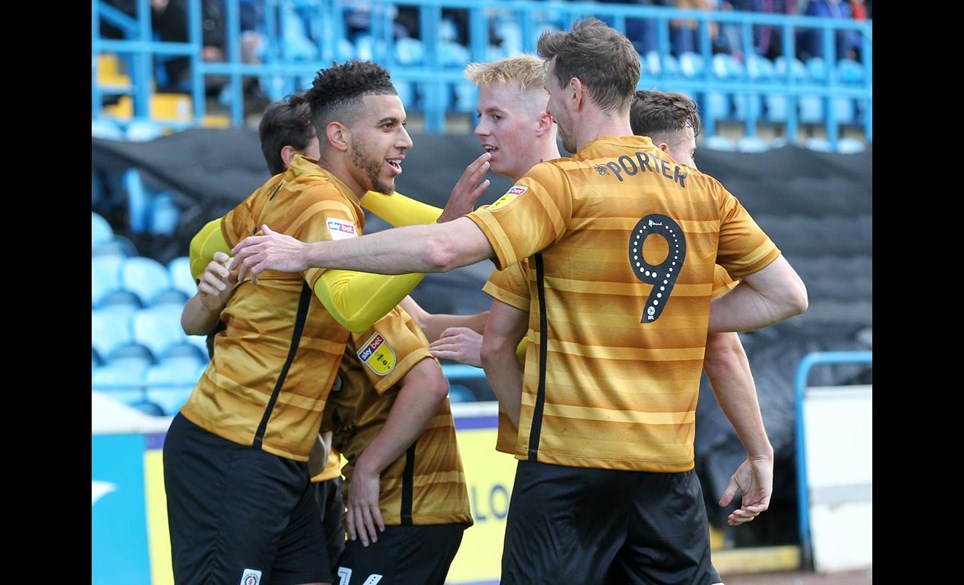 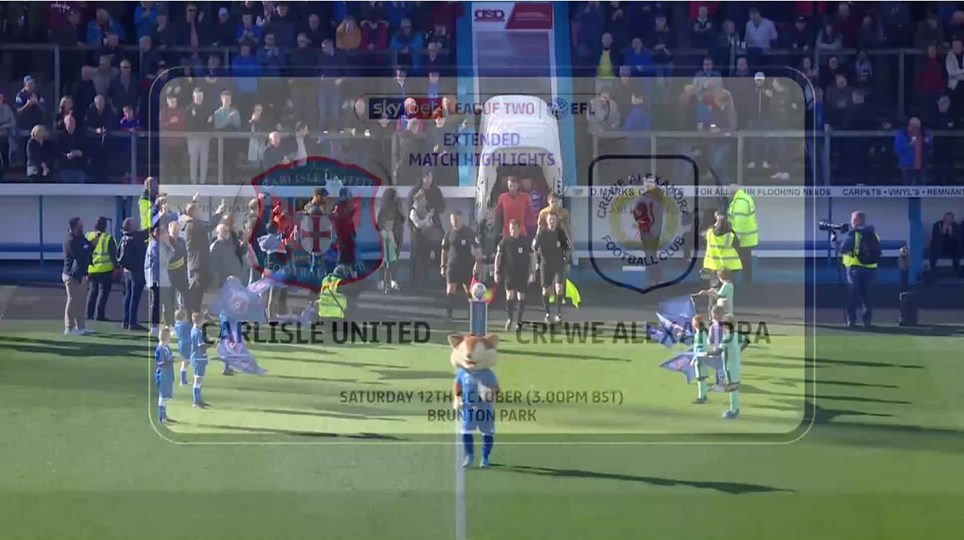 Crewe Alexandra produced a sizzling performance in Cumbria to win 4-2 at Brunton Park against Carlisle United.

Nicky Hunt & Daniel Powell both struck their first goals for the Club inside the opening half an hour to pave the way for the result, with Chris Porter & Perry Ng notching late on to secure the result.

Carlisle drew level at 2-2 with two goals in five minutes around the hour mark, but a charasmatic Crewe fought back to seal the victory.

David Artell made four changes from the side that drew with Exeter in League Two last weekend, opting to replace James Jones & Owen Dale with Daniel Powell & Paul Green, Whilst Dave Richards & Perry Ng came into the side for Will Jaaskelainen (International duty) & Olly Lancashire (injury).

From as soon as the teams entered the pitch, the Crewe fans didn’t stop singing – not even for a second. The players responded immediately to the vocal backing from the travelling faithful & immediately took the game to the Cumbrians.

That quick start paid immediate dividends when the Alex took the lead with just seven minutes on the clock. Tommy Lowery bent a superb free-kick into the box that caused havoc & hit a Carlisle defender & Nicky Hunt was lurking on the six-yard line to turn the ball home left-footed.

The fans kept up the singing, and the players kept up the pressure on the United goal. The Cumbrians had two sights of goal on the counter through Hallam Hope & Byron Webster, but Crewe controlled huge spells of possession throughout the half.

After Pickering had put a shot from the edge of the box wide, the lead was doubled through Powell in the 27th minute. Lowery played a slide ball in behind for Powell to run on to & he raced through and used the defender as a marker to thump an 18-yard shot across goal into the top corner that gave Adam Collin no chance.

Hallam Hope stuck out an instinctive foot to try to turn Jack Iredale’s wayward 33rd minute shot on goal as Carlisle desperately tried to gain a foothold in the game, but Crewe continued to press & probe heading in to half-time.

Crewe controlled the start to the second half as they did for the entirety of the first, stroking the ball around with confidence & controlling possession.

That all changed just shy of the hour mark. The Alex switched off for just a brief moment & substitute Stegan Scougall slid in left-back Jack Iredale. His first time low cross was met by Hallam Hope to convert from inside the six yard box to give the hosts a lifeline.

The goal shook the Cumbrians into action, and despite all of Crewe’s dominance, the scores were level just four minutes later. Right-Back Christie Elliott arrived late at the back post to meet a deep cross from the left & he steered his first timer with his instep low into the net under Richards.

In the blink of an eye Carlisle had drawn level at 2-2 and the scarcely deserved it.

But it’s been a characteristic of The Alex’s season so far to fight back from adversity, and so it proved to be the case again at Brunton Park. James Jones came off the bench and put a chance on a plate for Porter that the striker simply couldn’t miss. The inch perfect cross found the feet of the striker inside the six-yard box for the tap-in.

Five wins, one draw & one defeat on their travels for the Alex now with a home contest with Swindon lying in store next weekend!

Tickets are on sale for the away trip to Carlisle United on Saturday 12 October, 3:00pm kick-off.

Match tickets are on sale from Crewe Alex until 3pm on Friday 11 October. Subject to availability.

Official coach travel is also available to purchase online (£18/£19) - departing from the Alexandra Stadium at 09:45am.

Tickets will be on sale until 3:00pm on Friday 11 October, subject to availability.

Click here to check out the Carlisle United guide on https://www.awaygames.co.uk