The Christmas period is always a busy one in football, and it's no exception for Crewe Alexandra on Boxing Day, as they make the trip to Salford City.

On Saturday, Crewe recorded an emphatic victory away to Stevenage. Chuma Anene netted twice as the Alex stormed to a 5-1 victory at the Lamex Stadium.

Three points saw Crewe moved up into third position in the SkyBet League Two stadium, and will hope push on from Saturday's win.

Another game in a hectic festive schedule, but it's a short trip to Salford for the Alex.

Previous Meeting at Host Club: We are yet to play Salford away from home!

Crewe: Chris Porter could make his return to the side, after the striker missed the last two games through injury. Chuma Anene, who scored twice against Stevenage, picked up a slight niggle in the victory. Dave Artell said he will wrap the Norweigan in cotton wool to make sure he's alright for the game.

Salford: Salford are currently facing no new injury worries ahead of this clash, so boss Graham Alexander can pick a similar squad to the one that faced Bradford City at the weekend.

Only a limited number of tickets remain for Crewe Alexandra's Boxing Day trip to Salford City.

Just over 100 tickets are left for the game at the Peninsula Stadium, so buy now to avoid missing out.

No tickets will be available on the day. So if you want to back Dave Artell and the side on Thursday, buy now! 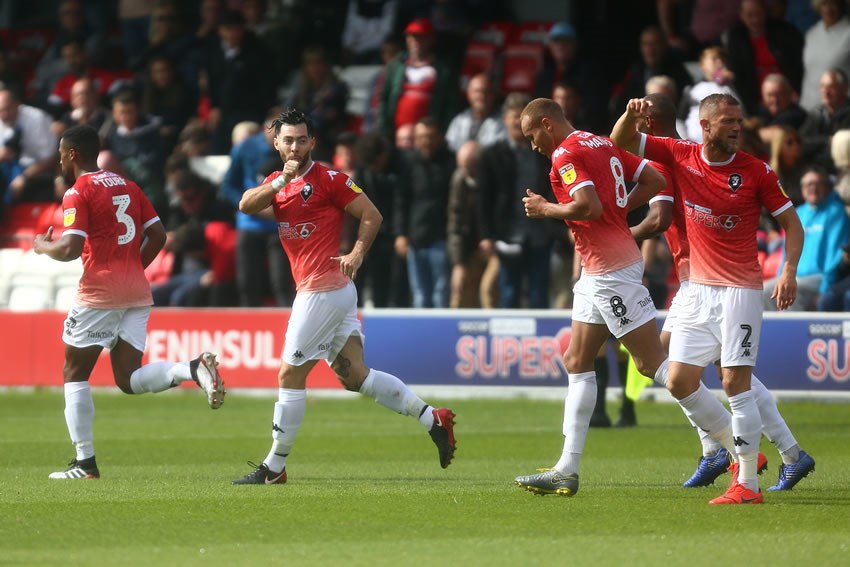