Crewe face arguably their toughest test of the campaign so far when they hit the road again to Newport County AFC this weekend.

The Exiles are on a 14-game unbeaten run that stretches back to last season, and they also had one of the best home records in the division in 2018/19.

But most of those games have been draws & the Alex are showing form too - enough to have them sitting top of League Two four games in.

Michael Flynn's side have picked up where they left off last season after suffering play-off final heartbreak at Wembley in May, winning two & drawing three in their first five league & cup games.

So far, they've drawn with Mansfield, Cambridge & Walsall whilst also beating Plymouth 1-0 last time out on their own patch.

It was Argyle who inflicted the only defeat on the Alex so far this season on the opening day, with victories at Oldham, Middlesbrough & Crawley supplementing a home win over Walsall.

Two teams on form & an interesting contest ahead at Rodney Parade.

Crewe: Olly Lancashire returns from his one-match suspension to return to the matchday squad.

Daniel Powell & Harry Pickering are both rated as 50/50 ahead of the tip due to illness & a hip problem respectively.

New signing Chuma Anene is awaiting international clearance & could be involved if cleared in time.

Newport: County will be without defender Mickey Demitriou who suffered a long term injury in last weekend's victory over Plymouth Argyle.

Joss Ladabie came off at half-time at Walsall on Tuesday with a minor problem & it's unclear whether the domineering midfielder will be available for selection this weekend.

There are also fitness concerns over Robbie Willmott for the Alex clash. 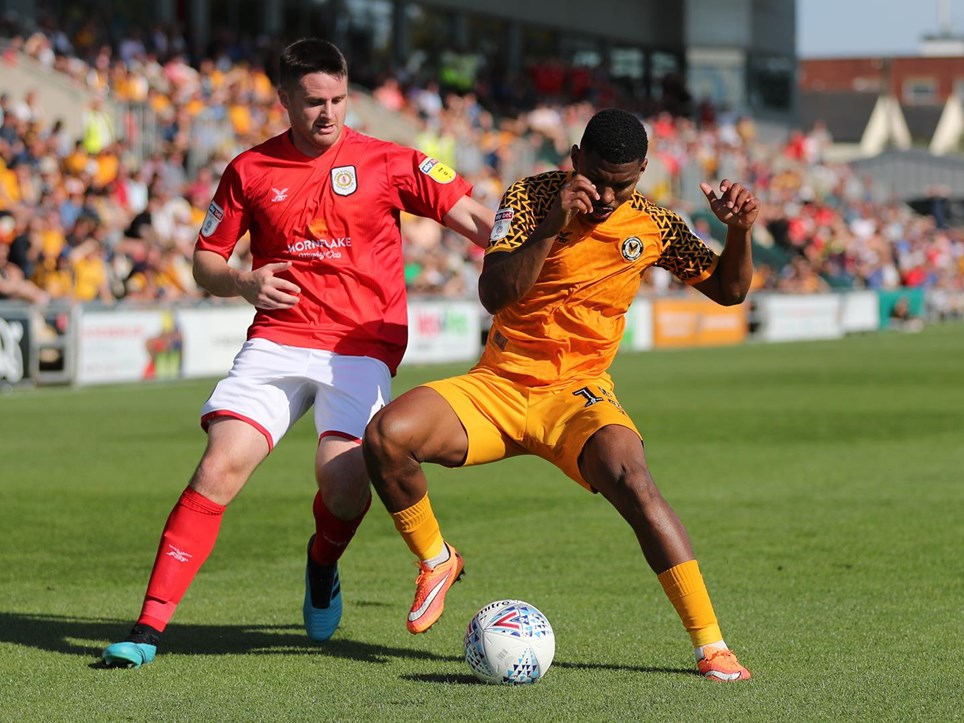 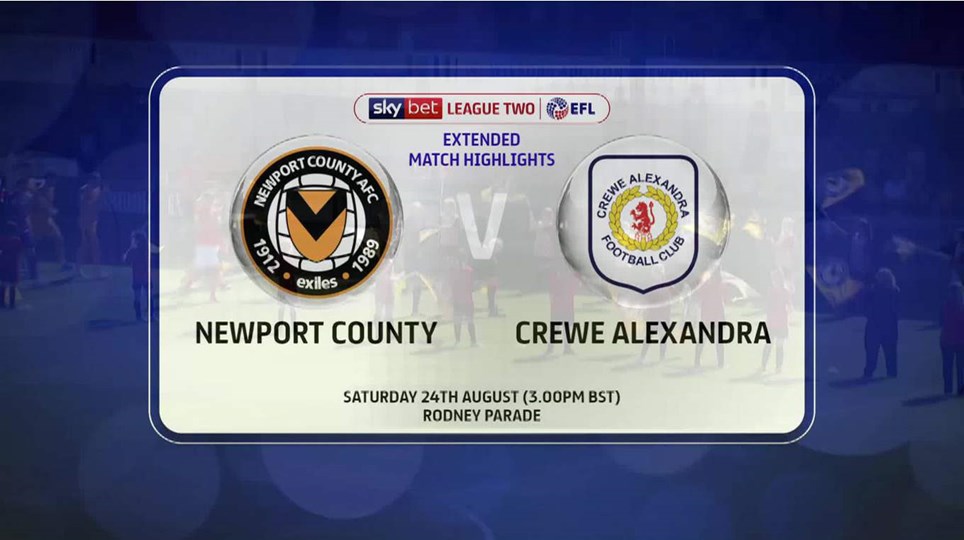 Padraig Amond hit a smash-and-grab winner for Newport County three minutes into added time as the Alex fell to a 1-0 defeat to the Exiles.

It was a victory scarcely deserved by the home side. Although they defended well, Crewe controlled proceedings, particularly in the second half, with goalkeeper Tom King making two or three fine saves.

David Artell was forced into one change to the starting XI that won at Crawley Town in midweek, Olly Lancashire returning from suspension to take the place of the injured Harry Pickering (hip).

The defensive reshuffle saw Nicky Hunt move over into the left-back position with Eddie Nolan & Lancashire in the centre.

New signing Chuma Anene started on the bench after being given clearance to be named in the matchday 18 for the first time.

It was a first half of very few chances at Rodney Parade, Corey Whitely having the best opening for the home side, with Charlie Kirk testing Exiles goalkeeper Tom King in stoppage time – the only shot on target for either side.

As expected, Newport came flying out of the traps with the backing of the vocal & raucous home crowd & put pressure on the Alex with several crosses & balls from deep pumped into the box.

But The Alex stood firm against the pressure & began to insert their own presence on the game 15 minutes in, playing some neat interchanges down the right hand side with Dan Powell, Tommy Lowery & Perry Ng.

The first attempt of any note came on the 40 minute mark, Paul Green receiving Charlie Kirk’s low pass inside the box & swivelling to shoot – but his lobbed attempt landed on the roof of the net.

Suddenly, chances were coming & Newport had their first two minutes later – and what a good chance it was.

Padraig Amond’s deep cross from the left saw Corey Whitely steal ahead of his marker to bullet a header goalwards – but it flew just wide of the post with Will Jaaskelainen rooted.

The final action of the first period came in added on time & produced the first shot on target of the match – Kirk quickly on the half-turn from 18-yards to shoot with Tom King getting down low to his right to palm away the drive.

The second half continued in the same vain as the first with the intense heat perhaps playing an ever great part.

That said, it was Crewe who seemed to create the better chances, Kirk having a 61st minute header saved well by King to his left & superb build-up play & angled cross by Ryan Wintle.

Such was the Bank Holiday temperatures, the players stopped for a drinks break just shy of the 70 minute mark in what continued to be a tactical battle between the sides.

As the game wore on, Crewe saw more & more of the ball, claiming a lions share in fact, & had the Exiles penned back – if not actually testing the opposition goal often enough.

But as the clock moved towards 90, the hosts found a new lease of life & Jaaskelainen saved well from George Nurse after a fast break.

That proved foil for what was to happen next when another Crewe attack broke down & Tristan Abrahams got in behind the Alex defence. Jaaskelainen narrowed the angle to block his potential shot, but he rolled the ball across goal for his strike partner Amond to hit the smash-and-grab winner & effectively steal all three points.

Tickets are on sale for Crewe's away trip to Newport County on Saturday 24 August, 3pm kick-off.

Match tickets are on sale from Crewe Alex until 3pm on Friday 23 August. Subject to availability.

Official coach travel is also available to purchase online (£18/£19) - departing from the Alexandra Stadium at 08:45am.

*IMPORTANT* Newport County operate a cashless system in their bars & tea bars. Please make sure you have a credit/debit card or digital form of payment when inside the ground on Saturday.

Tickets will be on sale until 3:00pm on Friday 23 August, subject to availability.

Click here to check out the Newport County guide on https://www.awaygames.co.uk