Bradford City AFC come to Gresty Road as one of the pre-season favourites for promotion and an immediate return to Sky Bet League One.

The Bantams have picked up eight points from their first five fixtures but are unbeaten on the road so far, drawing at Grimsby & winning at Stevenage so far.

Despite two defeats this past week to Newport and Aston Villa, confidence remains high in the Crewe Alex camp after a good performances & the overall start to the season has been a positive one with nine points on the board in the league standings.

Bradford have won their last two visits to Gresty Road 1-0, with Dave Artell hoping his side can break that sequence this weekend.

Crewe: Will Jaaskelainen is available before heading off on duty with Finland Under 21s, with new goalkeeper Sam Booth also available.

Harry Pickering is rated as 50/50 ahead of the contest as he continues to struggle with a hip problem that has kept him out of the last two games.

Rio Adebisi impressed on debut against Aston Villa in midweek & he may keep his place with Nicky Hunt pushing for a recall.

Jake Reeves & Zeli Ismail are also rated as 50/50 and could make their returns to action.

Jamie Devitt could return to Gresty Road for the first time since receiving a straight red card for his stamp on Perry Ng in Carlisle's match here last season. 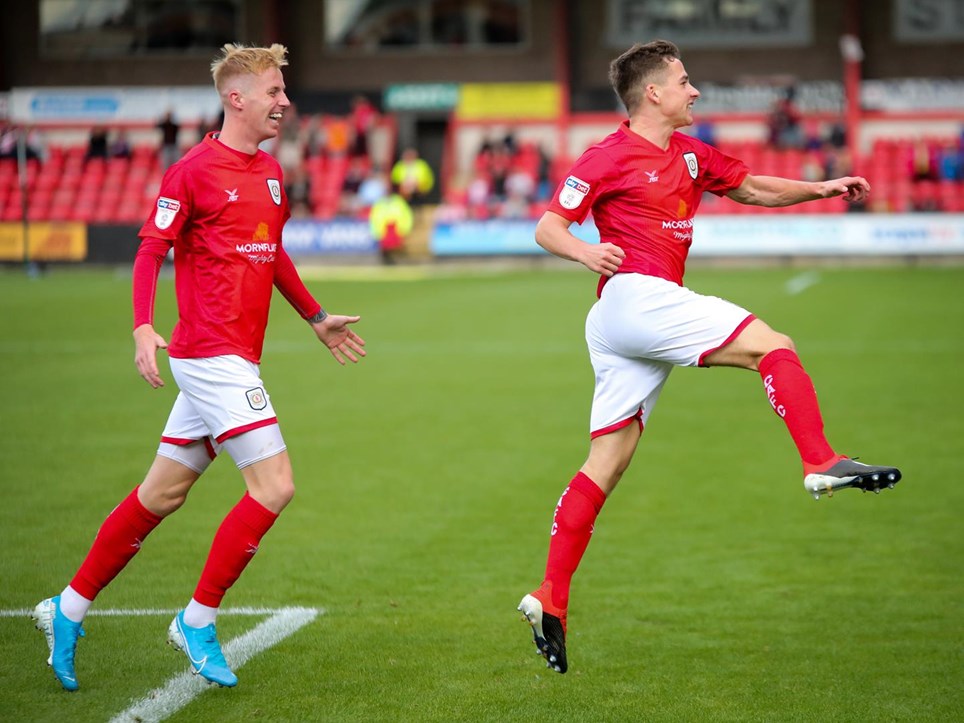 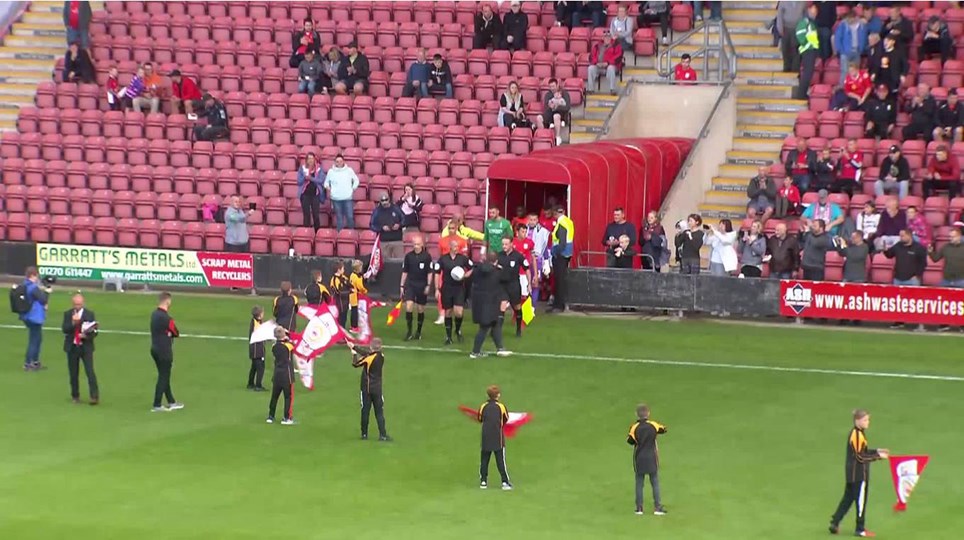 A superb strike from midfielder Tom Lowery saw Crewe Alexandra fight back from 1-0 down to secure another home win against one of the promotion favourites. Bradford City had taken the lead just after the half an hour mark through their skipper James Vaughan but Crewe were deservedly level by the break after a fine finish from the in-form Charlie Kirk.

Crewe’s pressure finally told in that second half with Man-of-the-Match, Lowery bending a fantastic winner after good work down the right hand side involving Perry Ng and Daniel Powell. The 2-1 win takes the Railwaymen to 3rd spot in the table.

David Artell welcomed back Harry Pickering from injury and he reclaimed his place at left-back ahead of youngster Rio Adebisi and veteran Nicky Hunt. Pickering has not played since injuring his hip away at Crawley and Adebisi performed admirably on Tuesday evening against Premier League outfit Aston Villa.

The Crewe boss also made three other changes with goalkeeper, Will Jaaskelainen replacing Dave Richards and Daniel Powell and Paul Green were back in the starting line-up with Callum Ainley and Owen Dale returning to the bench. New loan signing Chuma Anene began on the substitutes’ bench for the third successive game.

The Bradford City boss Gary Bowyer named the former Crewe players, Kelvin Mellor and Clayton Donaldson in the starting line-up. Callum Cooke, who was formerly on loan with us, started on the bench.

Crewe Alexandra settled in the proceeding better than we have done in previous weeks against Plymouth and Oldham with Paul Green having a shot deflected over for a corner and an early cross from Harry Pickering was just too high for Chris Porter to reach with his head.

Pickering was booked soon after for a pull back but that was probably the least of the offences that was committed in the first half.

More good approach play from the Alex saw the Alex captain, Perry Ng, hit a deep cross to the far post and it dropped to Green. He quickly fed Kirk but his curling effort just cleared the far post.

Crewe continued to look the more threatening side to take the lead but we were just lacking that decisive final ball. A positive break from Powell was halted as his final pass into Porter was intercepted before a shot from Lowery was deflected into the air and as it looped it up, Green’s well struck volley was pushed away by the Bradford goalkeeper Richard O’Donnell. Green kept getting forward and getting in there.

Porter then did superbly well to feed the threatening Kirk. He skipped away from Anthony O’Connor’s last ditch tackle to race down the left hand side and into the Bradford box but his shot to the far corner just past the post. He could have even squared it to the supportive Green but after getting clear he had every right to try and score himself. You would have backed him in that position.

Powell then had a flick header bounce wide before Bradford took the lead with virtually their first meaningful attack. Bradford’s new loan signing, Jamie Devitt demonstrated his class by cracking a shot from 25 yards out. The Alex goalkeeper Will Jaaselainen got his fingertips on it to turn it onto the crossbar but as the rebound bounced down, the alert James Vaughan reacted quickest to throw his head on it to opening the scoring on 32 minutes. It had come against the run of play.

Crewe kept going in that first half. Kirk, who was our main threat had a lob cleared off the line by Richards-Everton before he finally got the goal his work had deserved on 42 minutes. He got in again down the left hand side and on this occasion, he buried it past O’Donnell for his second goal of the season. It was a really calm and assured finish from the winger.

The half ended with Pickering pinching possession from Vaughan and he instantly fed Lowery. The midfielder was allowed to carry the ball an awful long way unchallenged but he dragged his final effort wide of the left hand post. It ended 1-1 at the break and Crewe certainly deserved to be at least level.

Crewe went through the gears in the early period of the second half, forcing a succession of corners and Kirk had an early effort deflected over for a corner. He also forced O’Donnell into a fine tip over as well as the Railwaymen tried to make that early pressure count.

A fantastic move from Crewe saw Kirk produce a sublime moment of skill to flick it to Pickering down the left flank. The ball was kept and switched over to the right and after Ng had found Lowery, his deep cross found the head of Kirk coming in at the far post. The ball dropped to Green but a little off balance, he screwed his shot wide of the target. It was a great move that would have resulted in a contender for goal of the season.

That pressure finally told on the hour mark. More good approach play, this time down the right hand side between Powell and Ng found Lowery in a pocket of space and he produced a stunning shot to beat O’Donnell for his first goal of the season.

Nolan had half a chance from a Pickering free-kick before Powell was replaced by Dale. Anene also came on with 10 minutes left, replacing the hard working Porter.

In reply, Bradford’s chances were limited. Donaldson flicked a header wide of the mark and Gibson fired a late free-kick into a stubborn Crewe wall. We continued to defend our penalty area with real desire not to concede and O’Connor wasted their late chance when he couldn’t keep his header down.

The recently relegated Bantams have got eight points from their five Sky Bet League Two games so far this season, most recently losing out 1-0 at home to Forest Green last weekend.

Crewe too lost out 1-0 at Newport County AFC, before also tasting defeat against Aston Villa in the Carabao Cup second round on Tuesday evening.