Swindon Town come to Gresty Road for the first taste of League Two midweek football on Crewe Alexandra home soil in the 2018/19 season.

The Robins won both meetings between the sides last season and indeed the two previous to that.

Crewe are desperate to arrest a run of three straight defeats within the space of a week, whilst Swindon are looking to build on their last away game - a 3-0 success at Yeovil Town.

Crewe: Assistant Manager Kenny Lunt confirmed that Crewe have no fresh injury concerns ahead of the match-up - but the game has come too soon for the recovering Harry Pickering. Eddie Nolan & Paul Green continue to be absent.

Crewe have a rotten record against the Robbins, not winning any of the nine previous meetings. But Dave Artell & his troops will be hoping tonight's fixture is lucky number ten.

Swindon Town: The Robins have kept four clean sheets in their last five games after a 0-0 draw at home to Oldham on Saturday & they are also unbeaten in four away games.

It is not thought that Swindon have any fresh injury concerns after the weekend's games, with Phil Brown's side full of confidence at present.

Live Video/Audio: The match IS available on iFollow for live streaming in the UK. Click here to purchase a £10 match pass. 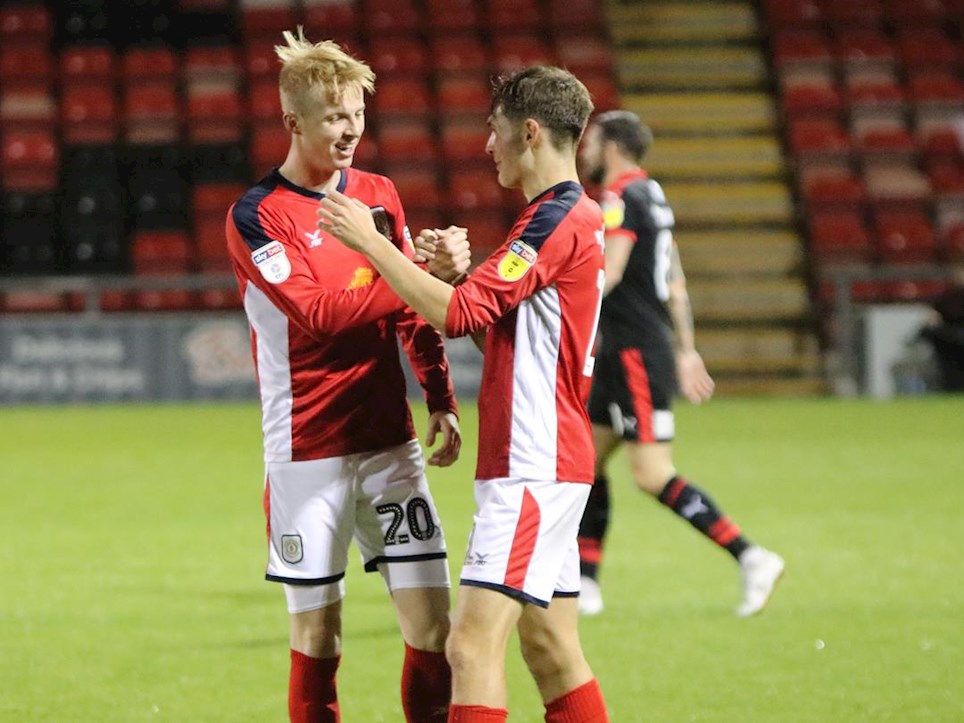 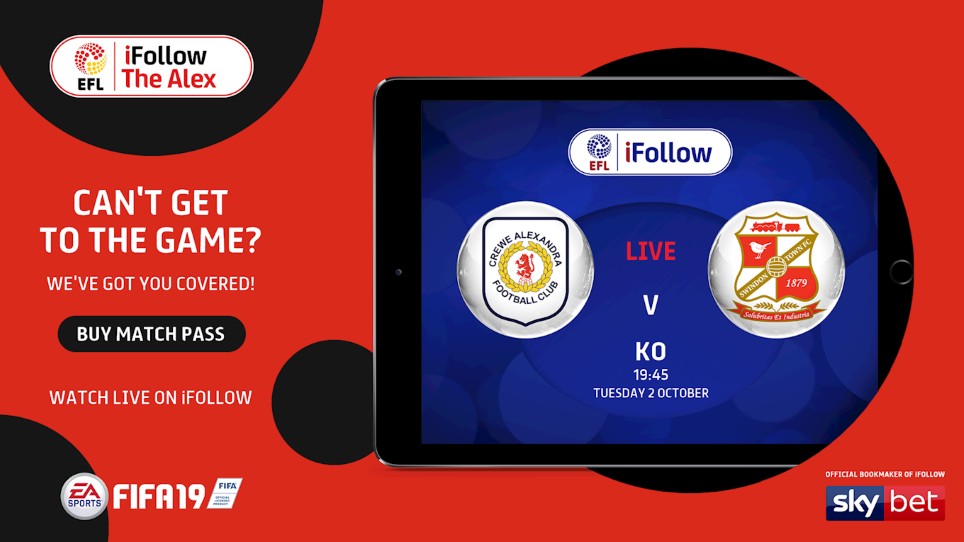 Crewe Alexandra recorded their first win in five matches in all competitions thanks to Charlie Kirk’s third goal of the season. It was a hard working display from David Artell's side and it could have been more comfortable but for a wonderful reflex save from Luke McCormick to deny Callum Ainley his first goal of the season.

Kirk’s winner on the half an hour mark moves Crewe up to 11 points and 17th place in the League Two table. It was really hard fought victory with every Crewe player putting a real shift in to make sure we held out for a deserved 1-0 win. The Alex have still only conceded one goal at home in the league this season.

Swindon Town were a handful throughout with their substitute Ellis Iandolo hitting the foot of the post as they searched for an equaliser.

Defender Perry Ng failed a late fitness test after picking up a knock on his ankle in training yesterday, so David Artell was forced into a restructure at the back.

The veteran Nicky Hunt was recalled to the starting line-up in place of Ng and he showed his versatility by switching to centre-half. He excelled throughout the game and was arguably our Man-of-the-Match.

The other couple of changes from the side that lost 2-1 at Notts County on Saturday were purely tactical with Tom Lowery and Alex Nicholls dropping out for Chris Porter and Callum Ainley. Lewis Reilly was added to the first team squad.

Crewe Alexandra continued to operate in a 4-3-3 system with Jordan Bowery and Charlie Kirk flanking Porter and Ainley playing in a more midfield attacking role.

Crewe carried on from where they left off on Saturday at Notts County and started brightly in possession. Charlie Kirk was a menace early on forcing Luke McCormick into an early push around his post.

The excellent Steven Alzate and Anderson continued to find pockets of space and Anderson had a shot deflected wide of the target. Adebayo also curled an effort wide of the far post before defender Sid Nelson was booked for a lunging tackle on Ainley. He would be lucky to escape a second when fouling Porter down the touchline in the second half.

Both sides continued to try and play some attractive football. Jones, off balance, fired wide after being set up by Kirk and Anderson shot tamely at Garratt.

Crewe were rewarded by their promising start with Kirk’s winner on the brink of the half an hour mark.

Ainley’s forceful run across the box saw him get a shot off and it deflected it through invitingly for Kirk who’s first shot was blocked but his follow up shot was too powerful for Joe Romanski on the line and it ended up in the net via the post. It was no more than Crewe deserved for such a positive first half.

Hunt was excellent in central defence and his partner Ray complained after being tugged at a corner by his marker Luke Woolfenden. Soon after, Ray also climbed above his marker but couldn’t quite get his header on target.

Crewe continued to look a threat, especially when we pinched possession and broke quickly. A great ball from Jones sent Bowery on a run and his instant cross had to be collected by McCormick.

A stubborn Crewe defence kept Richards and Anderson fairly quiet but Adebayo got a shot over the top of Garratt’s crossbar as we went in at the break.

The second half started with a booking for James Jones for a tug on Alzate's shirt and that man Hunt did it again to rush out and block a shot from Adebayo.

Swindon continued to have spells of good possession but Hunt used his years of experience to read most of the danger, especially as they played it down the left hand channel.

Crewe so nearly made it 2-0 when Ray and Jones combined down the right hand side. Jones’ early low cross found Ainley, who must have thought he had scored at the near post only for McCormick to produce a fantastic reflex save to keep it out.

Alzate curled one wide of the mark for Swindon, before Kevin O’Connor pinched possession from a loose throw out from MCormick and after a positive run his shot was deflected for a corner. It was good stuff from Crewe with Porter battling for everything and Bowery and Kirk’s work rate fantastic.

From a corner, Porter’s initial flick found Corey Whelan but coming to him suddenly he could only nod it wide.

Swindon gave it a go to try and force an equalise but Crewe stood firm. Adebayo had the ball in the net but it was ruled out for handball before their final substitute Ellis Iandolo hit the foot of the post. It rebound to safety and that was Swindon’s best chance of snatching a draw. They huffed and puffed but couldn't find a way through.

Crewe had to see out four minutes of stoppage time and Ainley was booked for kicking the ball away as we tried to see those final minutes tick away.

Nicholls was introduced for fresh legs for Ainley and Swindon never really carved out another genuine chance but captain Ray did direct a header past his own post from a wicked free-kick delivery.

Crewe Alexandra welcome Swindon Town for the first league game under the floodlights at Gresty Road in the 2018/19 season.

The Alex are desperate to get back to winning ways after three defeats in a week to Port Vale, Man City U21s & Notts County.

The Robins drew 0-0 at home to Oldham on Saturday, but did win the last game on their travels - 3-0 at Yeovil Town the previous week.