The Alex won 2-0 last season, and 5-0 the previous season, with the Alex also winning the previous three meetings in Crewe stretching back to 1999.

Crewe are buoyed after going three games unbeaten, but the Mariners are also in impereous form.

They've kept four clean sheets in their last four and won three of those games alongside a 0-0 draw with Exeter.

After a poor start to the campaign, the Mariners have now hit the right note & pose a very real threat on match day.

Crewe: Perry Ng is suspended after picking up his fifth yellow card of the season at Yeovil in midweek.

Eddie Nolan could fill the void left after he successfully returned from injury for the Under 23s in midweek, whilst Michael Raynes, Nicky Hunt or Billy Sass-Davies could also deputise.

There are no fresh injury concerns for Dave Artell from the side that picked up four points on the road.

Grimsby: Crewe Alex academy graduate Harry Davis continues to be missing for the Mariners with a knee injury, whilst Harry Cardwell is also missing.

A few bumps & bruises were picked up in the victory over Colchester in mid-week, but Michael Jolley will assess his squad ahead of the match. 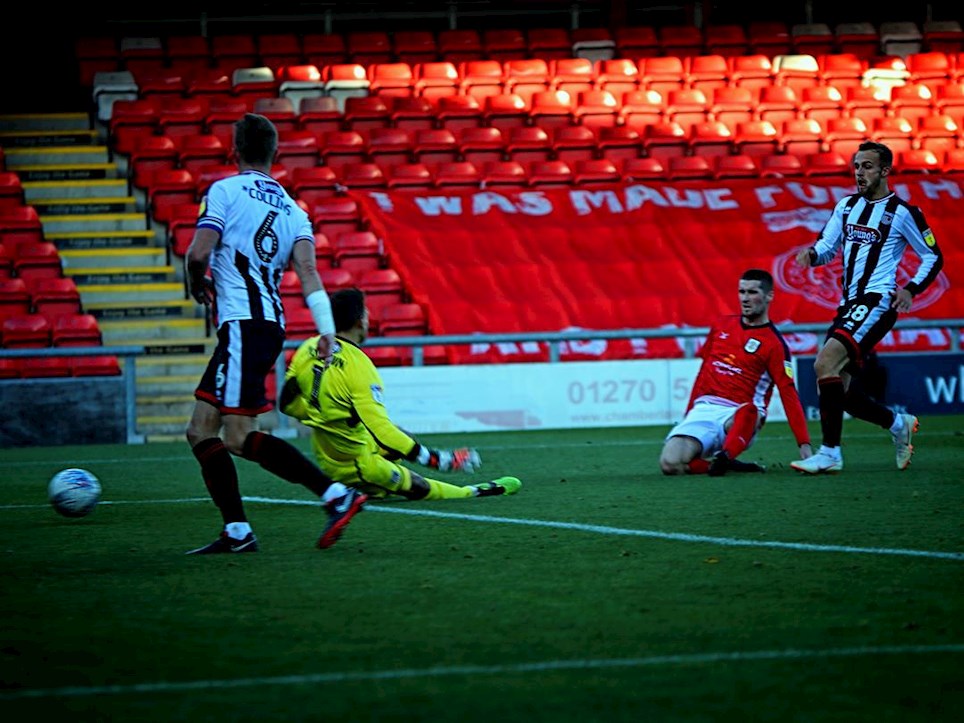 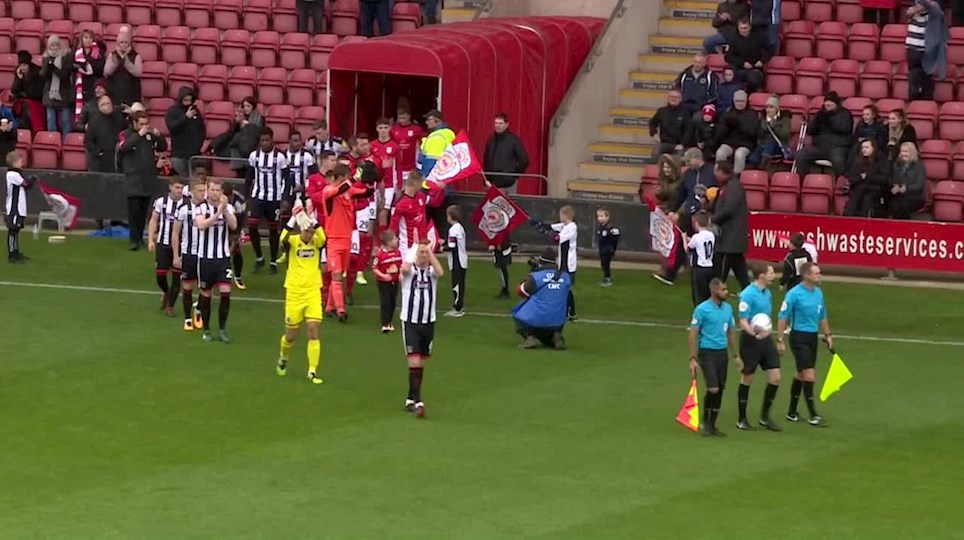 Crewe Alexandra stretched their unbeaten run to four games with a 2-0 win over Grimsby Town this afternoon. David Artell had said in the build up to the game that Michael Jolley’s well organised and stubborn Grimsby side would be a tough nut to crack and so it proved with Crewe needing patience to get the breakthrough in the second half.

In the end, the Alex deserved to win the three points thanks to first goals of the season from full-back Corey Whelan and Shaun Miller. Whelan raced onto a superb crossfield pass from Charlie Kirk to slide home the opener on 69 minutes before Miller sealed the points with a deft header seven minutes later.

Crewe had Ben Garratt to thank though for keeping it level at the interval. He made two excellent saves to deny Wes Thomas in a one-v-one situation before pushing away an effort from JJ Hooper with the last touch of the first half.

With centre-half Perry Ng serving a one-match suspension after collecting five cautions, there was a recall to the side for the veteran defender Nicky Hunt. Hunt was given the nod to start ahead of Michael Raynes and a fit again Eddie Nolan.

The former Bolton Wanderers man had performed admirably in the centre of the defence in the 1-0 win over Swindon Town when Ng was recently ruled out with injury.

The gap in the squad saw Tom Lowery promoted back to the substitutes’ bench after he didn’t travel to either Stevenage or Yeovil.

Grimsby Town are managed by the former Crewe Alexandra academy coach, Michael Jolley, but he couldn’t name our former captain, Harry Davis, in their squad due to injury.

The Mariners came into the game on a run of four games unbeaten to match Crewe’s recent promising run of three unbeaten.

With both teams not conceding too many goals of late, chances were few and far between  in the opening exchanges but Callum Ainley showed some sublime skill to drift away from Luke Hendrie and his wicked cross only needed the slightest of touches from Shaun Miller as it flashed across the six yard box. Any sort of connection from the Crewe forward would have surely resulted in the opening goal.

Miller was vibrant early on and he certainly looked the most likely to open the scoring for the home side. After good work from Charlie Kirk, Miller then drew the first save of the afternoon from James McKeown, with the Grimsby goalkeeper saving with his foot. He also lifted a clever short corner routine into the gloves of McKeown after James Jones had found him inside a crowded box.

Early on, Jolley’s Grimsby side were limited to playing more on the break and Hendrie shot straight at Ben Garratt as they began to get more of the possession. JJ Hooper went closer with a curling effort that didn’t quite come round enough to trouble Garratt.

Ainley and Kirk then combined together down the Crewe right hand side and Miller shot over the crossbar. He was determined to end his own goal drought and wasn’t afraid to shoot.

A loose pass from Jones then presented Hooper with a sight at our goal but the former Port Vale man shot straight at Garratt. It was a decent chance.

Crewe continued to press forward looking for the opening goal and another cross-shot from Ainley just avoided the in rushing Kirk as he tried to get on the end of it inside the Grimsby box.

The Railwaymen’s best chance of the half then saw Ainley chip to the far post looking for Kirk and after he kept the ball alive, James Jones’ thundered a shot on target and McKeown had to push it away to safety. Miller then broke the offside trap but his low cross was cut out by Alex Whitmore.

With five minutes of the first half remaining, Grimsby striker Wes Thomas escaped the clutches of Hunt and his strength and pace saw him go one on one with Garratt. Hunt did his best to retreat and make it uncomfortable for him to get a clean shot off and Garratt stood up well to make a good save with his legs. It was comfortably the best chance of the first half.

Grimsby then conjured up another really good chance with the last kick of the half. The visitors kept the ball really well to work it into the Crewe box and Hooper must have thought he had scored when the ball found him in the centre of the area - but Garrat did brilliantly again to push his firm shot away. It was a superb save from the Alex goalkeeper.

The visitors’ came out and tried to find that decisive first goal and Garratt was again called into action to save smartly from Charles Vernam early on.

At the other end, a splendid pass from Pickering found Ainley and after he had gotten the ball from underneath his feet, his attempted curler was blocked.

It was end to end stuff with the first goal always going to be crucial to which way this game was going to swing. Vernam again shot low at Garrat before Wintle created a great chance for the in-form Bowery but this time he shot at the legs of McKeown.

The breakthrough finally came on 69 minutes when Kirk produced the pass of the entire game to find the overlapping Whelan and after the on-loan Liverpool defender had stole in behind, he finished low past the onrushing McKeown for his first goal in a Crewe shirt.

Grimsby had to come out more in search of an equaliser and that provided Crewe with some more gaps to exploit. Bowery shot a yard wide of the target before we scored the second crucial goal on 77 minutes.

Miller had been lively all afternoon and he deservedly stole in to flick his well-placed header beyond a helpless McKeown for his first goal of the new season. It was well deserved.

Crewe controlled the final stages really well to see out yet another clean-sheet. Bowery was given a rest for Porter and Finney came on late on for Ainley.

Miller shot wide of the target as he searched his second goal and Ainley went as close as you can go without quite adding a third goal. He was slipped in by Wintle and must have thought he had opened his own account for the season only for the impressive McKeown to get enough on it to deflect it onto his crossbar and over.